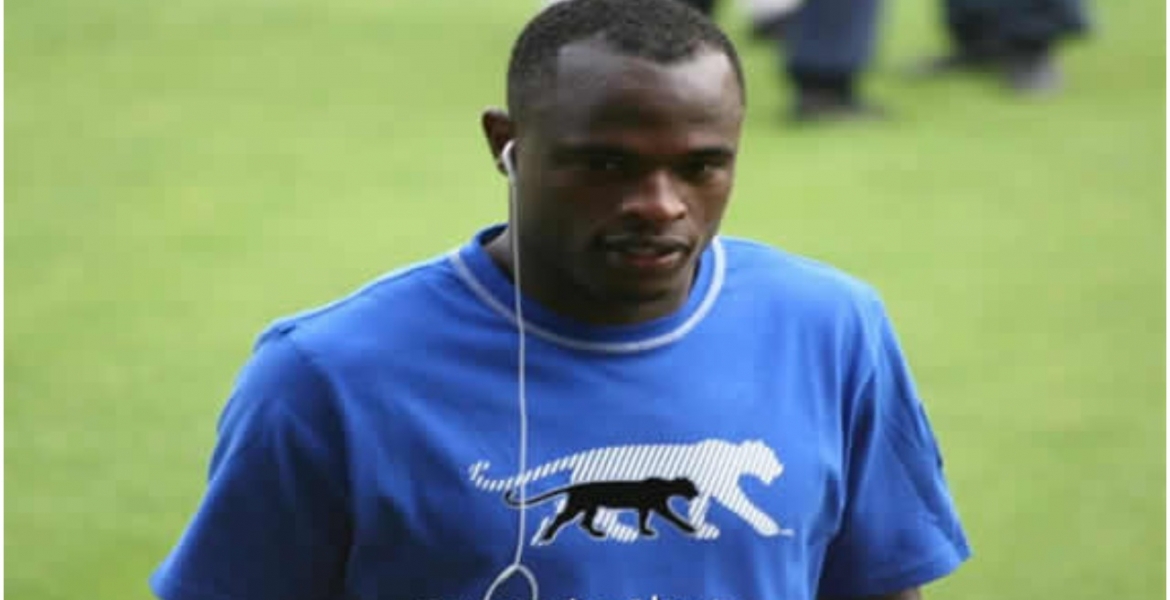 Former Kenyan football star Dennis Oliech has opened up about his life after retiring from football.

Oliech hanged the boots a few years ago after a lustrous career in football locally and abroad, which bore him a huge fortune. He was once ranked as the wealthiest footballer in Kenya.

In his heydays, the 36-year-old played for three French clubs including Nantes, Auxerre, and Ajaccio before signing for Dubai CSC in 2015.

Oliech, who is Harambee Stars leading goal scorer with 34 goals, announced his retirement from international football in 2016.

In 2019, he signed a two-year contract with Gor Mahia, becoming the country’s highest paid footballer at Sh350,000 per month.

A few months later the club unceremoniously cancelled his contract over alleged misconduct, after which Oliech announced his retirement.

He later became a subject of debate after reports that he had squandered the millions he earned in the course of his career. But in a recent interview with Mozzart Bet, Oliech clarified that it is his late mother and brother’s treatment that left him financially drained as he was forced to sell most of his assets to offset huge hospital bills.

“I was doing this to treat my mother and brother. My mother’s hospital bill came to around Sh40 million and we had to pay around Sh84 million for Kevin’s bill. You cannot hold on to an asset and your relatives are ill and need your help,” said Oliech.

Oliech’s mother Mary Auma died in 2018 after a long battle with cancer, with his brother Kevin also dying of the same disease in August 2020 while receiving treatment in Germany.

Oliech further explains why he turned down a Sh890 million offer to change his nationality to Qatar in 2004.

“I would say I am 50-50 because right now if I’m offered that amount I will take it but it's too late. The way I know Arab countries it was probably a wise decision then,” Oliech says in the interview.  “There are people in Kenya working there and they are not having an easy time. If it was a European country of course I would have changed my nationality.”

I think yours is the most important point.
Lets face it like it or not, we going to end up in some hospital or morgue as part of our (existant) life. Shouldnt it make sense that we take care of the inevitable before the inevitable takes care of us? I see a lot of people gravitating to sexy, exciting sectors, but think health care needs to be addressed like yesterday. If not nonexistent, the costs have become crazy lately, it would put the US insurers under shame. The brazen bill rates shocked me when I heard firsthand what is now going on.
Even US firms like GE are now coming into the kenyan market because its that lucrative. How can we solve this problem. It doesnt have to be end of life BTW, 1 small accident on a trip there and you find yourself on that same spot.

I wouldn't have any regrets for Helping my Family. Good job Mr. Oliecch. May God reimburse you; or just open New avenues for you Financially.

What exactly lead to peoples' speculation that he had squandered his fortunes? I hope that he was not begging.Otherwise he owes no one any explanation on how he spends his money.Genuine friends,and family close to him would know how he has helped his family. The rest may still not be satisfied with any explanation.
Just curious, is he really washed up at 36? Iam more into athletics than soccer so Iam wondering if Eliud Kipchoge at 36 is still performing at a very high professional level can Oliech come out retirement or are his skills totally eroded? Or is it that the fire in his belly is not burning anymore?I say this mindful that money can only motivate you upto a point...and also mindful that at 36 it would be hard on his body competing against young and hungry lions,but if he can outshine them, why not get asecond chance.Its all about performance Iwould think...My two cents.

You stay away from Soccer for sometime (and maybe Drnking), and it's over(especially at about age 40).

Cameroonians-Jean Manga and Roger Milla played for their country up to their late fourties.Allan Thigo played for Gor at 40s.Messi and Ronaldo still conquerers at 33 and 36 respectively.

He should ask Raila to nominate him as a member of parliament,at least he will get something for a period of 5 years.

He should ask Raila to nominate him as a member of parliament,at least he will get something for a period of 5 years.

It was his money and his family too, so they had no business castigating him. They should instead castigate our thieving leaders in the government.