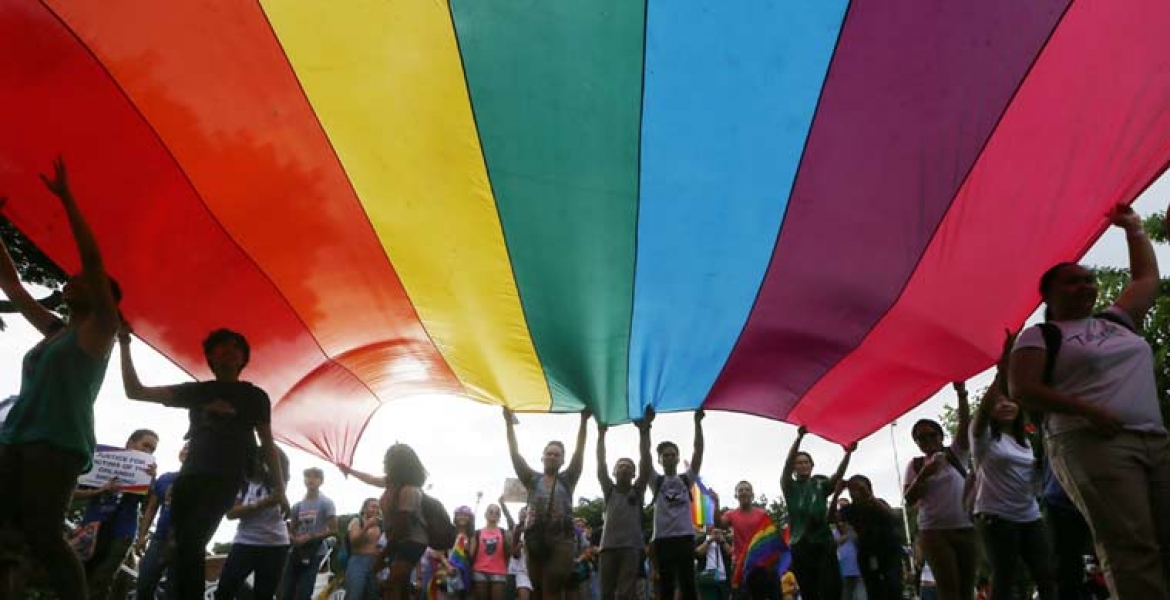 Individuals and organizations championing for gay rights in Tanzania will find themselves in trouble as the government has said it will arrest and deport them. The Tanzania government further warned the Human Rights Organizations protecting homosexuals that they risk being de-registered.

"I would like to remind and warn all organizations and institutions that campaign and pretend to protect homosexual interests ... we are going to arrest whoever is involved and charge them in courts of law." Interior Minister Mwigulu Nchemba said.

According to Nchemba, foreigners taking part in such campaigns would be "deported within no time ... they will not have even the time to unplug their mobile phones from the socket".

"Those who are interested in homosexuality should go and live in countries that entertain such businesses. If there's any organization in the country that supports and campaigns for homosexuality ... it shall be deregistered." The Minister said.

His threats come just days after President John Pombe Magufuli criticized NGOs campaigning for gay rights, saying that they will be dealt with even if it meant losing their foreign aid. "Those who teach such things do not like us, brothers. They brought us drugs and homosexual practices that even cows disapprove of," Magufuli said in a speech last week.

Tanzania has put a punishment of anything from 30 years to life imprisonment for gay male sex, however, there is no such ban on lesbian associations.

38 out of 54 countries in Africa have banned homosexuality, with Mauritania, Sudan and Somalia, putting a death penalty on those found culpable.

Tanzania please go easy with my brothers and sisters who have chosen to follow the "European/Arab " way of being a "same sex appreciators " or "gay."

I am not gay, christian, or muslim. I also don't have an Arab/ Jewish or European name. I am not writing to defend or condemn them. However, I would like like you to treat "same sex appreciators" the same way you would treat an African who chose to become a christian or a muslim. All these are negative foreign influences which we should not have entertained or accepted in Africa.

As far as I am concerned, if you have chosen to be one of the three foreign and decadent form of the social behaviors or religious slavery of our European or Arab brothers and sisters, you cannot criticize an African who made a choice to be one or the other negative foreign influences.

For Africans to be totally independent, we should not accept any of the European/Arab behavioral or religious negative influences as "normal." It is time we focus on implementing STEM (science, technology, engineering, and mathematics) subjects in our school's curriculum immediately. That way our Chinese brothers and sisters don't take over the entire continent of Africa economically the way Europe did.
The area we all need to make a continental effort to change is in the area of presidential time limits. Let us all follow the "MADIBA MANDELA legacy " of one time in office. This man spent about 27 years in jail and served only one term as the first African president of South Africa.

In Kenya, we have Raila Odinga who has promised the Kenyan people that when elected, he will follow Ndugu Mandela's example and serve only one term. This model is what we need in all the 54 countries that make up the continent of Africa.

Msema Ukweli. Stop your DogyStyle (men) and NyonyaStyle (women) Nonsense. You're one of those Condoning the Origin of the AIDS Virus. Bure Kabisa wewe.

we Africans should stop pretending that homosexuality is foreign. in this hostile climate gay Africans will remain underground.which if fine.but let's acknowledge that they exist.studies tell us that in every human society there has always been at least 10% of homosexuals.nobody has satisfactorily answered this question-If homosexuality was a choice why would any man choose it? African has more pressing issues than worry about who is gays.so far ihave not seem any threat coming from gays.but ihave seen alot of threats from corrupt goverments

"Msema Ukweli. Stop your DogyStyle (men) and NyonyaStyle (women) Nonsense. You're one of those Condoning the Origin of the AIDS Virus. Bure Kabisa wewe. "

It is wrong and inappropriate for you to describe a person you haven't met while using very offensive language. You sincerely owe me an apology. We can differ as mature people but we don't have to yell at each other or use inappropriate language as a means of communication.

FACTS:
1. I did not know men or women can date a member of the same sex until I arrived in the USA.

2. When I returned to Kenya for a visit, I asked my late father about it and he was shocked to hear about it. He strongly denied the existence of this sexual behavior among the members of my micro-nation.

3. My group of people have an annual event to commemorate our traditions and link with our ancestors. I met many elders and took the time to ask them about it. Their response was that, it is an alien idea to my people, but they said, now it does exist. It is similar to arguing that all Africans have always been christians or muslims. At the moment among my people, 99% are christians and the remaining 1% is muslim. I was brought up as a christian with a name from this religion. Not anymore!

4. My micro-nation circumcises all males, but in the past, women were not spared this tradition. However, at the moment, only men do it.

5. Although I am circumcised, I won't condemn those who don't. My argument is simply that, we cannot pick and choose what alien cultures or religions we should join or not join.

6. That is why @GUEST I still believe that we cannot isolate and condemn our African brothers and sisters who chose one of the three foreign behaviors (gay) or religions ( christian or muslim) and argue that one is better or worse than the other. At the moment, we have to abolish all the three, or accept all of them.

7. HIV Aids can be totally wiped out in less than twenty years if we all commit to sexual fidelity by sticking to one male/female sexual partner the way the doves behave sexually for life. The solution to eliminating HIV Aids is to demand that every sexually active person submit to an annual test and check out their status - whether they are positive or negative. Anyone practicing sexual infidelity and promiscuity should be arrested and isolated from the general population.

@Msema Kweli. #7. you need to go back to school and redo biology under Matiang'i system you did not get it when you were in school. FYI there are other forms that HIV can be transmitted apart from sex

Yep ship them to the WESTERN sodom n gormolla where u can marry anything u wishes??.African countries should introduce death for the foreigners who r promoting this ushoga ushetani stinking idiotic behaviours.Trust me if u hang one they will all stop this shit!!!Western world should embrace their behaviours they believe iin n so do Africans.In Philippines if ur caught with drugs u die from bullet spray there n there so East Affica should introduce same thing for foreigners caught promoting this shitting behaviours especially this NGOs waangaliwe sana.

Thank you. I am quite aware of all the forms of the HIV aids viruses transmission. I just gave the most common way it is transmitted. My church like Ndugu Maxiley is in the sciences - not humanities or social sciences!

Jamani homosexuality has always been in Africa, we just never talked about it. Spend more time teaching instead of criticizing each other. Build you children. Spend time building Africa. You all can't feed yourselves but your worried about a relationship!! Makubwa haya!!!

@Kalumaita wa Johson. Sometimes, lexical items can be used to look into our past experiences and history. The Swahili people, who are doing descendants of the Arab people, have a word for our brothers and sisters who are" same-sex appreciators" - gay. Although the Arab people don't like gay people, but they have a word for it.

My group of people don't have a word for it because, the gay people didn't exist there. Ndugu Kalumaita, would you be kind enough to share with me the word " gay " in your mother/ father indigenous language?

what is the Swahili word for heterosexual

Mr johnson if ushoga has bin in Africa can u please tell us how many family members or extended do u guyz have in nomber then I will believe u wamekuwa huko juu in ours n it's big extended family I can guarantee u hakuna??This is stinking idiotic mental status affecting especially pple in western world n Kenyans who leave there with their children should pray harder for them juu very soon this kids will b mashogas coz it's bin promoted everyday there???Pray harder diasporas