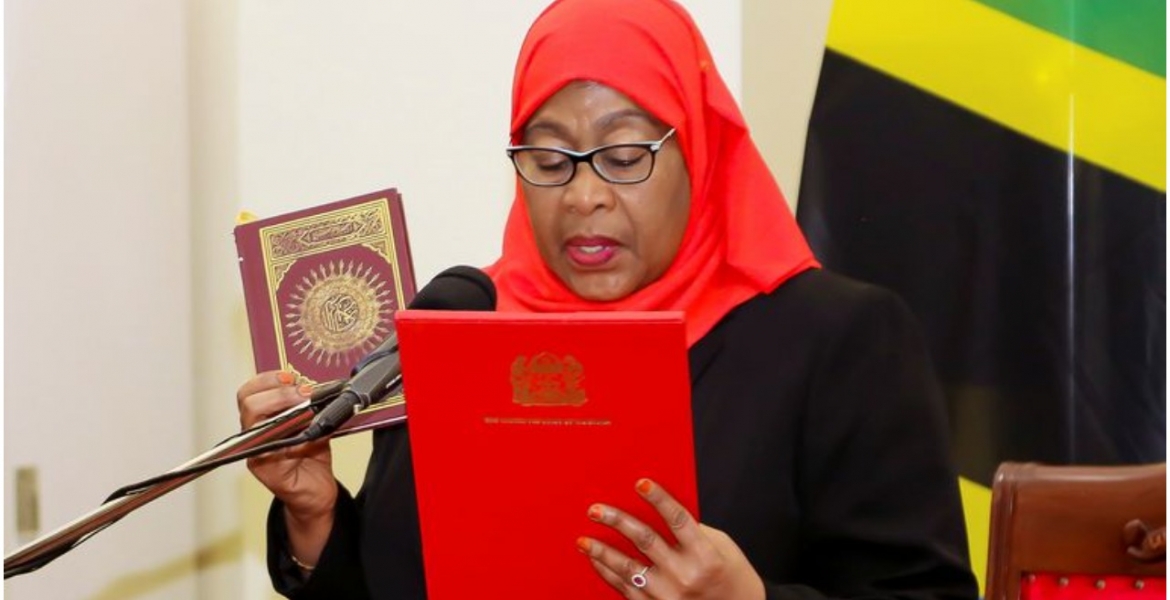 She was sworn-in in accordance with Article 37 (5) states that “where the office of President becomes vacant by reason of death resignation, loss of electoral qualifications or inability to perform his functions due to physical infirmity, or failure to discharge the duties and functions of the office of President, then the Vice-President shall be sworn in and become the President for the unexpired period of the term of five years.”

In consultation with her party Chama Cha Mapinduzi (CCM), Suluhu is expected to propose the name of the person who shall be the Vice-President, an appointment that must be confirmed by the National Assembly by votes of at least 50 percent of all the Members of Parliament.

Suluhu, 61, made history as the country’s first female vice-president when Magufuli was elected in 2015.

Speaking after her swearing-in on Friday, Suluhu declared 21 days of mourning, during which all national flags in the country will fly at half-mast.

She announced that Magufuli will be laid to rest on March 25th at his rural home in Chato District.

Magufuli was elected as the country's fifth president in 2015 and re-elected for a second term in October 2020.

Congratulations on being the first female president of Tanzania and by extension “East Africa proper”.Set a good example and maybe hopefully other women will follow in your footsteps.

CONGRATULATIONS MADAM PRESIDENT.
THIS SHOWS HOW SMART MAGUFULI WAS.
TANZANIA BEFORE LONG WILL THE ONE OF THE ECONOMIC GIANTS IN AFRICA.

Congrats madam president of Tanzania. I am proud of you. I hope Kenyan women will get there.