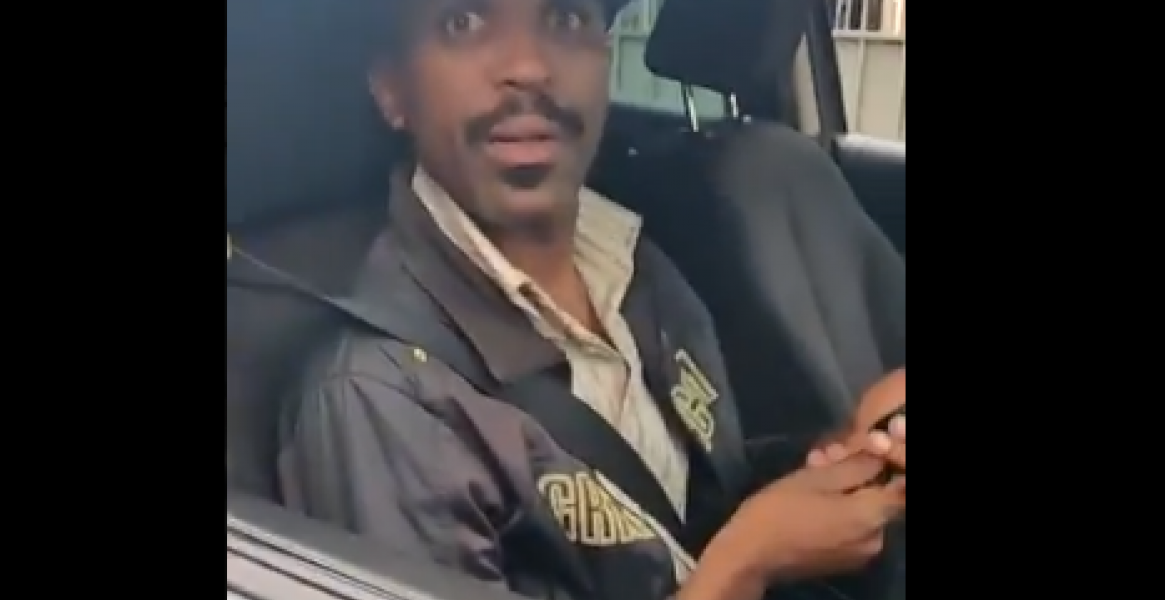 Ride-hailing company, Uber has opened a probe into an incident in which one of its drivers showed up drunk to pick a customer in Nairobi.

Uber said it was looking into the incident after a video of the intoxicated driver was shared on Twitter by a user identified as Mura Kariuki.

In the video that has since gone viral, the driver of the cab bearing registration number KCU 968W is evidently drunk but he denies it when he is asked by Kariuki and instead claims he is sleepy.

I hailed an Uber this morning.

After Kariuki insists that he is intoxicated and threatens to report him to Uber, the driver tells him to “report to my mama.” Kariuki then snatches the taxi’s keys, which makes the driver storm out in protest.

“Upon learning of this, we immediately began investigating the incident and followed up with the account holder. Rest assured that our incident response team will be following up with both parties ASAP,” Uber said through Twitter on Saturday.

“Please know that we work on taking the needful actions with the driver-partners who violate our terms and conditions, which may reach in some cases fully rejecting them from the app.”

He's a St. Louis Missouri deportee. Not a a good look for him.

-Maina
-Good dude loved to drink.
-Catholic seminary dropout in US
-Married a fatty country girl for papers.
-arrested by ice
-Released cos married to country girl
-Got green card.
-Country girl calls ice cos no
mbeca from dude.
-Deported.

Over to you mkenya halisi!
Preach!

Those of you who say men do not gossip here is your proof.Why shame the guy on tweeter so that you can trend.You already took his keys an illegal act while he works for Uber you do not own his car you overreached and overextended yourself.And then someone else who probably used to drink with the dude just put all his dirty linen out to dry killing any hopes he had of rebuilding his life.Talk about kicking a man when he is down.It goes to show what type of individuals are hiding behind screens stepping on others to make themselves look good.It is easier to push than pull but remember to tread carefully on the steps you use on your way up you will need those steps on your way down.

While I agree with you about airing the man's dirty linen, I disagree with you on taking the man's car keys. That was for public safety! Imagine the passengers get in the car, and the uber driver crashes due to his intoxication. This was the right thing to do. Hopefully a police officer was handed the keys

I totally disagree with you. Taking his car keys is illegal. That is stealing, or tantamount to hijacking. We cannot take the law into our own hands. If you suspect the driver is drunk, take down his license plate number, contact the police and contact Uber to report.

What kind of nonsense is this? Do not drink and drive. Period.

It was ok to report the uber driver for being drunk while at work but the guy had no right to snatch his car keys.

It was also not necessary to report his dirty past because it was not related to the pertinent incident.

The guy who reported about his past was probably his former friend and that is why it is important to recognize that 99% of your friends are your worst enemies. They can tear you apart because they know your secrets.

He snatched the car keys because amemutukana na mama yake.Its painful if may be the mom is deceased.I could have even done more than this guy did .