American Man Linked to US Capitol Riot Deported from Kenya 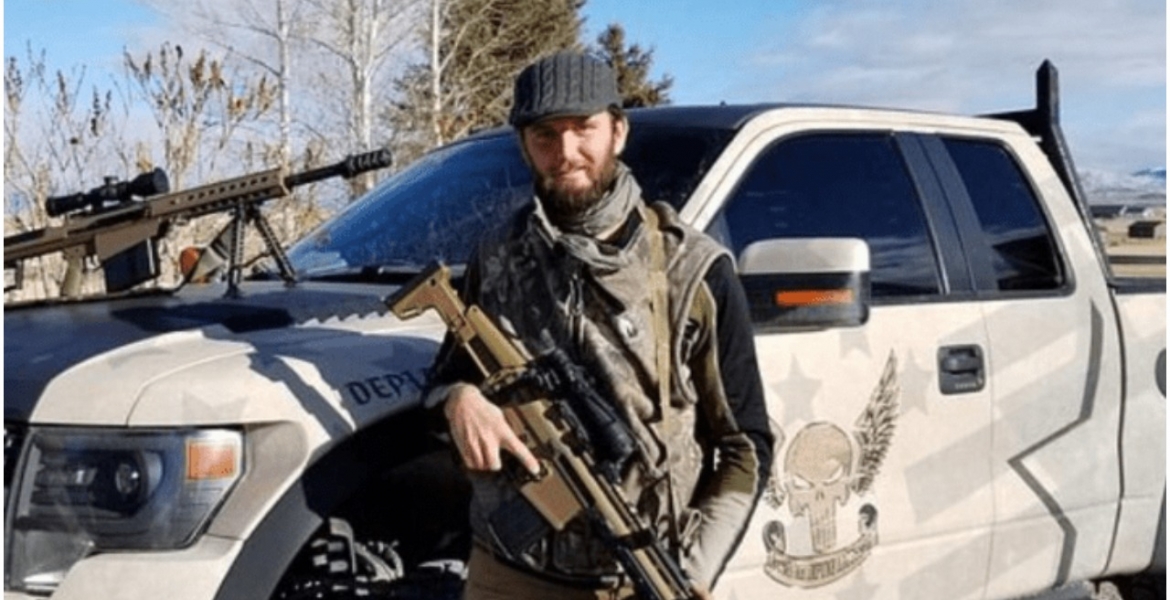 Kenyan authorities have deported a 32-year-old American national linked to the January 6th, 2021 riot at the US Capitol Building.

Isaac Sturgeon, who was wanted for crimes of insurrection, allegedly fled to Kenya in January to avoid arrest and prosecution.

Following his arrested and deportation by Kenyan authorities, Sturgeon was picked up by FBI officers upon arrival at the JF Kennedy International Airport in New York on Saturday.

Sturgeon was reportedly captured on police body camera storming the US Capitol wearing a green jacket, green scarf, grey knit hat, and dark backpack. He is accused of picking up a metal police barricade and shoving it into the officers guarding the building.

An informant told the FBI that Sturgeon traveled frequently and had access to numerous weapons. The FBI obtained a Facebook account associated with him and found a photo showing him carrying a rifle.

Sturgeon flew to Nairobi on January 24th, 2021, and had booked a return flight ticket to the US departing on April 5th, 2021.

The man has since been arraigned in court where he was charged with seven counts, among them, assaulting police, obstruction of justice, civil disorder, and engaging in physical violence. He denied claims that he was planning to flee and was released on bond with location monitoring.

“I wasn’t trying to flee,” he told the court as quoted by Washington Post.

The riot staged by a group of former US President Donald Trump’s supports left five people dead and more than 100 others injured. The incident was widely described as an act of domestic terrorism.

Any non-African can just hop on a plane and come to Africa and stay however much they want but an African can't go out like that even within Africa, An American, European, Asian, or basically anyone outside of Africa can travel within Africa freely than Africans. We have made ourselves too accessible for any willy nilly non-African but those non-Africans won't let a random African into their countries.

Any non-African can just hop on a plane and come to Africa and stay however much they want but an African can't go out like that even within Africa, An American, European, Asian, or basically anyone outside of Africa can travel within Africa freely than Africans. We have made ourselves too accessible for any willy nilly non-African but those non-Africans won't let a random African into their countries.

Remember druglords-Kibaki’s son in law,Artur and his brother Ssesongasani.The criminals came to Kenya,were recruited(by jambazi Michuki) to police force as Deputy commissioners and terrorized Kenya with impunity for about two months.Mwizowe Artur married Wangui Mwai&Wambui and settled in Kenya doing the illicit drug trade with impunity.

@West Funny you are unfortunately right. it bugs me to no end the hoops my family has to go through to visit. My nephews are young men and persona non grata for the most part

for instance, look at the type of Chinese that are coming to Kenya, very few of those building our infrastructure are qualified, We got many local Kenyans that can be trained and quickly be as proficient. But they bring some of the worst of non-qualified Chinese. You wonder how this country let them in. At times you wonder if this country signed a secret deal with China to dump unwanted Chinese population in Kenya or much of Africa. Mind you, I am not against foreigners but we should have standards of who we let in just as they have standards of who they let in their countries.
Now, this Trump insurrectionist is likely some alt-right/ white supremacist guy but he just hopped on a plane and he is in Kenya. If the FBI was not looking for him, he would be welcomed on a red carpet and we would assume he is another great muzungu.

...and when I ask what happened to reciprocity, I am almost murdered virtual. Reciprocity - when they ask for visa, we do....when they harass our men, we harass theirs, when they use racial language towards us, we use the same to their people, when they chapa viboko, we chapa the hell out of them. An eye for an eye.

This makes a lot of sense!

Reciprocity would be nice but black people have been trained, courtesy of foreign deities, to forgive too easily. White people hang on to their wounds for generations and celebrate and mythologize them. They also fight like hell to keep the story alive. Israelites getting lost for 40 years is sold as a lesson from god rather than as an example of poor leadership and bad navigational skills, the American south didn't fight fight to uphold slavery but rather for states rights and the war was about northern aggression, the north Vietnamese were never given their due as having good leadership, soldiers or motivation. There were 3 groups in concentration camps between 1940 and 1960. The 1st is the only one that is called a concentration camp. The other 2 are internment and detention camps. Germany has paid over 77 billion euros to camp survivors and the WJC, US govt paid out $1.6 billion in 1988, African survivors $30 million and US blacks are still waiting on the 40 acres and a mule. In all the cases the ruling govt was abusing it's subjects and in the Kenya case they never apologized or accepted legal responsibility. They expressed "regret".

This is repeat of the past. When colonizers came, they brought murderers, rapists, thieves and all manner of criminals to steal our resources.
They can do all manner of theatrics but their time is short now. 400 years of slavery is over and all types of prophecies are being fulfilled around the world. Time is running out for being lord over the black man around the world.
Its time for revelation and restoration.
Our government can keep our gates open but when The Most High God decides to close it and repatriate some people back to where they came from, no one will be spared and separation is on the horizon.
Let us keep watching as the play unfolds!!!

100% of them were thieves. They stole land and claim it is theirs up to now.

When Europeans, Asians, Americans or any white person comes to Africa, they are called (or call themselves) expatriates. When Africans go to their countries, the Africans immigrants regardless of their level of expertises are referred to as immigrants. Most often illegal immigrants.