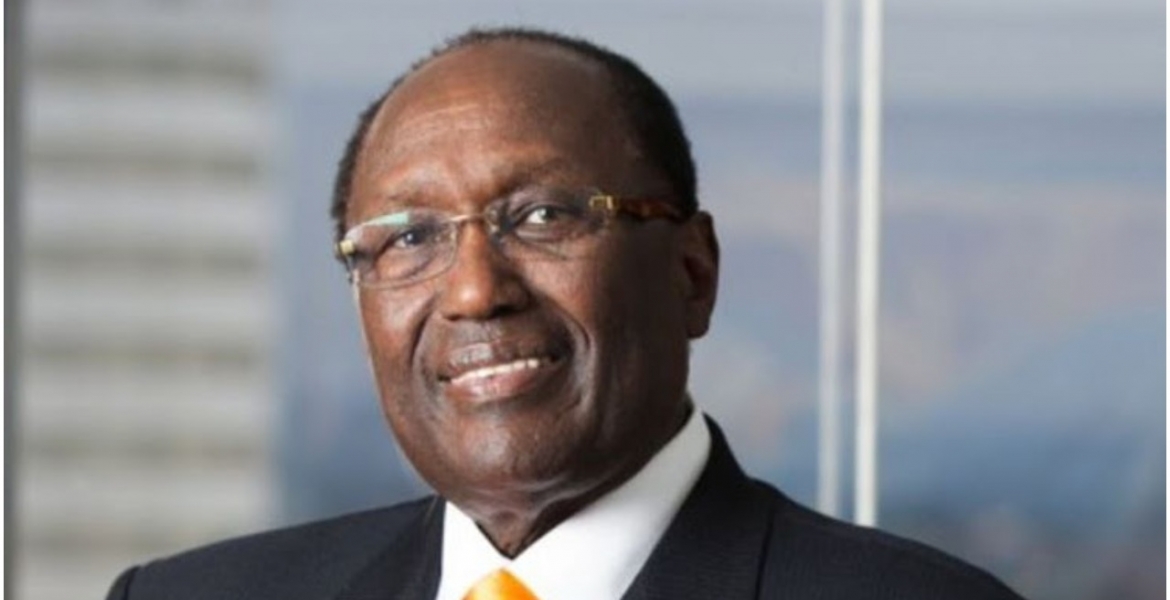 Prominent Kenyan business mogul Dr. Chris Kirubi has died at the age of 80.

Kirubi passed away at his home at around 1 pm on Monday following a long illness, his family announced.

“It is with great sadness that we announce the passing of Dr. Christopher J. Kirubi (1941-2021) who passed away today, Monday the 14th of June, 2021 at 1 pm at his home after a long battle with cancer fought with fortitude, grace, and courage. He was surrounded by his family,” said the family in a statement.

In 2019, the industrialist opened up about his battle with cancer, saying he had defeated the disease.

“Cancer is not devastating if it’s early discovered. We need to make sure that if you have cancer, it is discovered in the first or second stage by that time, it is possible to cure cancer, ” he said in a recorded video.

“Do not allow cancer to get to the third or to fourth stage because it becomes very difficult for the doctors to cure us. Cancer is a disease that can be taken care of if we go to the doctor to check our blood from time to time to make us aware of what is happening to our bodies.”

“I’d like you to think of me, to see me as a reminder that cancer can be cured. I’d like you to believe in it by taking care of your body,” he added.

The billionaire traveled to the US for specialized treatment in November 2017 and returned to the country in March 2018.

During the extended medical trip abroad, photos of a frail-looking Kirubi were shared on social media but subsequent images showed the tycoon’s health status had improved.

With investments in various sectors including media, real estate, agriculture, and manufacturing, Kirubi is among the wealthiest individuals in the country.

Kirubi is a father of two, a son and a daughter. His daughter Mary-Anne Musangi worked as the Managing Director of his company Haco Industries, while his son Robert Kirubi works in Brussels, Belgium as the head of Global Customer Programs at DHL Service Logistics.

Menye Menye menye what some mean wordings. The same 6x6 awaits you Mr Angel at least he saw 80.

R.I.P. Morris Menye! At least you are dead now!

Surely one can only imagine how Lucifer celebrated the arrival of Morris menye in hell. Just imagine both of them dancing together in a pit of hell’s fire!

RIP Kirubi! May you find peace.

Good riddance. I once met this guy and he tore into me because I had the nerve to tell him, I didn’t know who he was. Some who knew him up close, will tell you he was not a pleasant man.

Stop lying! You never met Kirubi! You never knew this man and now you are telling a bunch carca here after he is gone! RIP your dirty mind @ken mike!

R.I.P. @Morris Menye.....whatever you thought of the man, give some respect to the family left behind. Also, wewe mwenyewe...heshima baba.

@Mwakilishi.......your site has really gone up market. Boy, the colourful content is everything.. even in death..... your moderator is just wonderful, darling!

Wow, Iam appalled at the vitrol,and polemic attack some of these commentators spew .Even if I thought someone deserves attacks,I would hope that this is not the forum for it.
Yes,@ Sukari,I think this is the bane of Mwakilishi.Just about anything is published.Arent there any guidelines. They say that the administrators review content before printing,REALLY!
Mwakilishi can do better by censoring its contents.Some of the contents here would not pass editor's desk,save for heading in the trash can.
My suggestion to Mwakilishi is to start another Forum -MWAKILISHI UNCESORED for those bend on spewing insults,and leave this one for respecful approach to ideas,and comments.My two cents.

@ Morris menye is telling the pure truth.Eat what is yours n don’t steal from the people then brag how u started small.We Will expose anybody of that kind.Eat yr sweat period.

I love reading Mjuaji's comments. His Swahili is mwaaah. Chris Kirubi, I remember him back in the day, waaah. Anyway, may his soul rest in eternal peace

Pole sana Chris. You were a hard worker and successful entrepreneur, but you were also lonely. We never got to see who your family were,perhaps we will now get to see them at your funeral, no doubt singing praises and shedding crocodile tears.