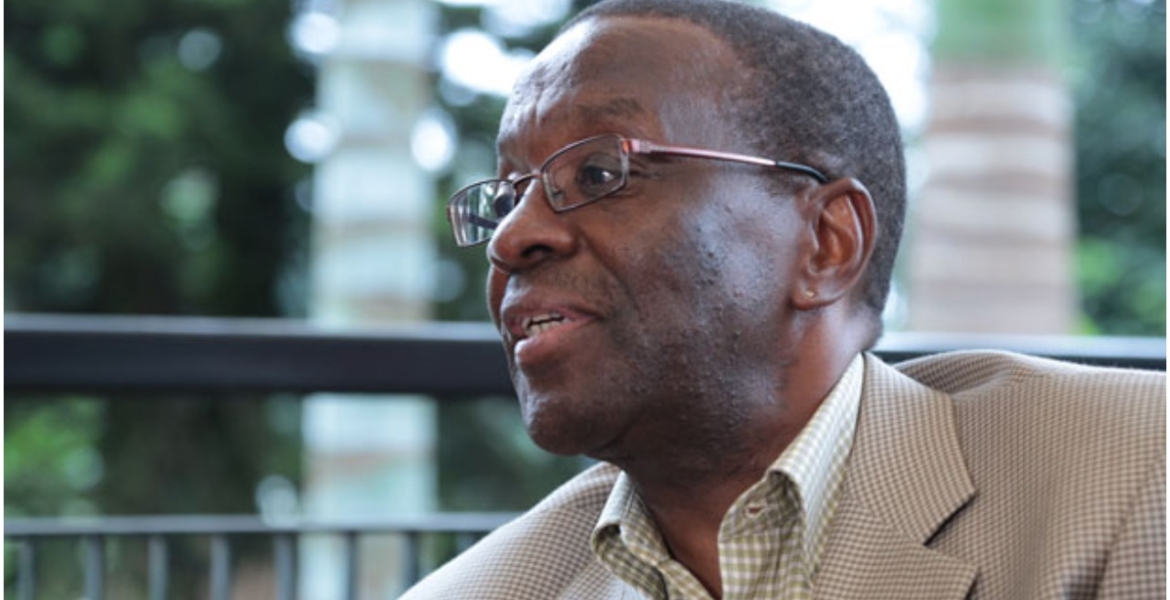 Former Chief Justice Willy Mutunga has narrated how the verdict on the 2013 presidential election petition nearly crushed his nephew’s marriage.

As Supreme Court judges read their decision on the petition filed by ODM leader Raila Odinga, Mutunga’s nephew and his family were meeting the family of his wife-to-be to discuss dowry and wedding plans.

“…my nephew and my family were meeting somewhere in Muthaiga. My nephew was going to get married – and he did – to a girl from Mukurweini. The two families were in Muthaiga discussing dowry and the wedding arrangements,” said Mutunga.

Mutunga, who was then the Chief Justice and president of the Supreme Court, said the two families had to stop the meeting to listen to the verdict.

“The moment we decided in favor of Jubilee, the Mukurweini people started singing their songs and dancing while the Kambas became very upset with me and my family. I think some people said rude things about me. The meeting almost collapsed the relationship,” he told Sunday Nation in an interview.

Mutunga said the families were able to address the disagreement almost two months later, and the wedding eventually took place.

“I was invited to talk to the people in the church... I gave them a lecture and said, ‘You are the people who are ruining this country." These kids fell in love, you were not there when it happened and you are talking about dowry and marriage. And then their petition almost rocks their relationship and marriage’,” he recounted.

Odinga filed the petition after IEBC declared Uhuru Kenyatta the winner of the presidential election with 50.5 percent of the votes.

The Supreme Court ruled that the elections were conducted in compliance with the Constitution and the law and that Kenyatta was validly elected.

“Justice is difficult. Even your own relatives start thinking you were bribed,” Mutunga said.

I have stood my ground, drawn a line on the sand, and bore the consequence, head held high.
I now get echoed on the world scene. I am still a prophet who gets slighted while home But, I AM GOD!

We are discussing LIVES. Is Mutunga discussing SEX?
What if your nephew fcuks a few times n dies due to political turmoil, as in "land or tribal clashes?"
I should be allowed to investigate a ??misfiring in Mutunga neural pathways.

BS what your nephew does in private has got nothing to do with regular folks fighting for their rights or voting.Why or how is this man or his family all of a sudden relevant.Elections are next year what happened in 2013 is water under the bridge

Uhuru won in 2013 and 2017! He has done a good job building the Nation; precisely by himself without a DP.

Uhuru’s DP completely forgot why he was elected along side Uhuru. Ruto has not worked for Kenyans in five years! I gave a problem with that arrangement written in the law that a lazy and selfish DP can’t be fired!

But the man of Sugoi is very quick to take credit when things go right; while quickly castigating Uhuru when things go South! You lawyers cheated Kenyans when drafting the 2010 constitution! A junior is never equal to his boss!

Mutunga - whether you were bribed or not; Kenya is still moving on! But I got a bone with your idea to bring back a mad Miguna Miguna to cause trouble in kenya! I don’t understand your reasoning in that affair! Maybe the law is an ASS!

Your nephew married the Nyeri chic! Hope she is not beating him up as those women are regularly known to do! And what did your kamba tribe give the kikuyu young men in exchange with their Nyeri beauty???

If you are a Kenyan, you already know his work was taken away.

Gweee! Are you a Kenyan? You sounds like a hopeless Somali/Sundanese! Do you even know where Kenya is located on the Map? You cry baba!

Taken away by who? Your fears make you a lesser man! A traitor for our beautiful country! You keep standing still and no much vision!

You are just an agent of doom! Kenya will keep moving on as you keep talking nonsense to yourself!

No one can take work away if it was good work! Mutunga failed Kenya in many ways! Please do not lie here @karuga!