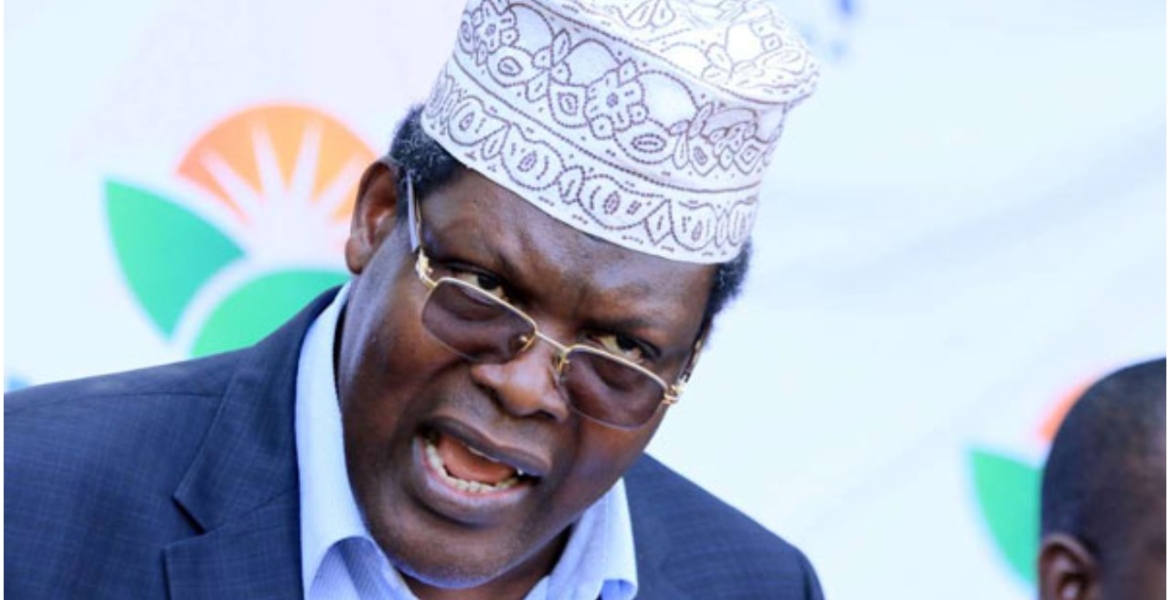 The High Court in Nairobi has directed lawyer Miguna Miguna to obtain emergency travel documents to facilitate his travel to Kenya.

Justice Hedwig Ongudi said Miguna should obtain a one-way emergency travel certificate from the Kenyan High Commission in Ottawa, Canada, or wherever he is within 72 hours.

He said the certificate will enable the Kenyan-Canadian political activist to board the next available flight to Kenya. The judge further directed the government to allow him entry into the country once he fulfills the stated requirements.

“The applicant was at liberty to visit the Kenya High Commission in Ottawa, Canada, where he would be issued with a one-way emergency travel certificate to enable him to travel to Kenya,” the judge ruled on Monday.

“This information must have been relayed to the petitioner as it is not denied. From the records, there is no evidence to show that the applicant has ever applied for a new passport or a renewal of the old one.”

The judge stated that Miguna cannot be allowed to use a national identity card as a travel document as it is not permitted.

Justice Ongudi also directed Miguna to apply for his passport upon arrival in the country and directed the immigration department to issue the passport within seven days.

Miguna is stuck in Germany after he was barred from flying to Nairobi last week over an alleged red alert issued by the Kenyan government.

if you are a Kenyan without a passport you need an emergency travel document or play miguna miguna to see who loses travel.

Per Canadian law, he could only exit Canada on a Canadian passport and is therefore travelling as a Canadian and as a Canadian needs a visa prior to entry into Kenya - visa on arrival is not a thing right now. The Kenya passport he obtained was obtained under dubious circumstances (illegally) and as he admitted it is perforated and therefore cancelled and not suitable for travel. That means if he wishes to travel to Kenya, he can either obtain a visa or an emergency travel document which the judge rightfully told him to get in Toronto. FYI when he arrives in Canada, he will be compelled to use his Canadian passport no questions. Once in Kenya he can then do what the rest of us did after losing our Kenya citizenship due to then existing laws and simply reclaim it. It is not complicated. There is a VIP passport issuing section in Nyayo house that can make that 7 day deadline happen.

One more thing, the only reason he can go to the Kenya embassy in Berlin is because as a Canadian he doesn't need a visa to enter Germany but as a Kenyan he would need a visa in advance. In fact I guarantee he is hanging out in Germany on the strength of the Canadian passport and not his cancelled Kenya passport

At last a judge who is following the law to letter. Miguna should should go by the book and get himself traveling documents. That should be easy. No mo shenanigans

This explains why MM was denied a sit on Air France. He was trying to board an international flight with a Kenyan ID. This has nothing to do with a red frag, he simply did not have the proper documents for international travel.

Finally, a sober Judge, who understands that Miguna Miguna is actually a human being, like everyone else. There is nothing special about him, so he has to follow the rules that other humans follow, when traveling.

This Miguna keep on talking how the GK disobeyed court orders. Let's wait and see if he obeys this order. According to him everyone is wrong except him.

Kangaroo court..let nature takes its course..court stay away of civil inciting..he is a foreign by choice..

is miguna miguna more Kenyan than the rest.e systeus. He refused to get an emergency travel document because of his arrogance. Kenya's judicial system seems not to understand international laws that trump Kenyan laws. every day of the week is this the judicial system that we really need, judges that don't have a clue as to how the system works.
report this to local law enforcement, pay for a new passport, request for travel document. Book a flight with those documents you are done, you dont need a dog and pony show to enter Kenya its not news worthy.

Why are we wasting so much time on one person’s visit to Kenya!? This is beginning to get ridiculous! He should return to Canada and get to work!