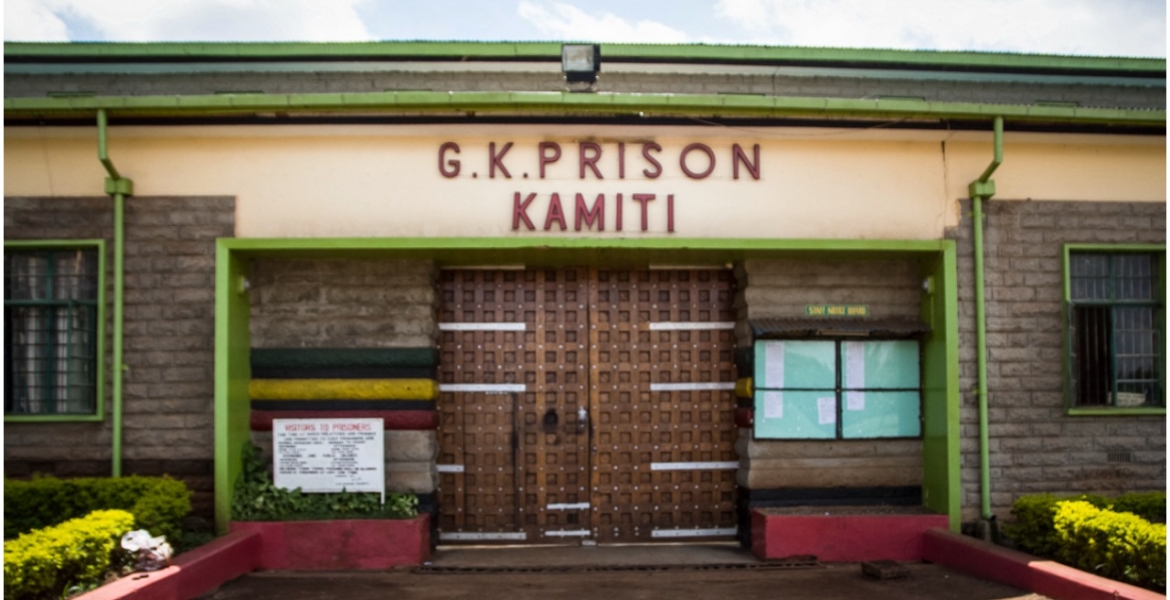 A Kenyan woman has moved to court seeking orders to be allowed to give conjugal visits to her husband, who is serving a jail sentence.

The woman identified as Ogembo argues that her husband Erastus Odhiambo should not be deprived of his right to intimacy and procreation just because he is behind bars.

Odhiambo was sentenced to 20 years in prison after he was found guilty of the murder of his second wife Linda Wanjiku. He shot and killed the mother of one at Buru Buru in Nairobi in 2018.

Through her attorney, Ogembo avers that she has sexual needs that should be met, adding that she plans to sire more children with her incarcerated husband.

Ogembo, who listed Attorney-General Kihara Kariuki as the respondent, wants the court to declare the decision not to set aside quarters for conjugal visits at the prison where her husband is incarcerated as a violation of her rights as a woman.

“The first petitioner has read and understood the content and substance in the Persons Deprived of Liberty Act 2014 and strongly believes that she is entitled to conjugal visits since her spouse retains all the rights under article 51 of the constitution,” Ogembo’s lawyer says in court papers.

“Failure by the respondent to accord, provide facilities to enable the first petitioner access such visits elucidated above amounts to a violation of her most basic need as a woman.”

The petitioner also wants her spouse to be issued a non-custodial sentence, saying that the government has failed to provide conjugal rights facilities for prisoners.

Randy mwanamke ujaluo itakuua.Your husband is a criminal and is serving his time for murder he had already moved on from you by the time he killed his second wife.He has zero rights and if he turns up dead that is a bonus considering he took a life why should his life be spared.Look for a male whore or just be inherited. Your husband cannot kosa an old or even young relative who would be too willing to inherit you and sire those children you desparately seek.Stop clogging the justice system with your nonsense

This woman should be lucky that the husband was not hanged.How about the rights he denied the wife he killed.She will never have any rights...for life.
Wow this is a new one in Kenya... I think,could be wrong.Hey, even in Big Brother USA, conjugal rights are not extended to criminals with dangerous crimes-particulary those who killed someone.
By virtue of being in prison itself is forfeiting your right anyway.You do what they tell you in there...
Interestingly she starts by suing for his conjugal rights then turns around and claim that its actually she who is denied those rights. Hey, that's the price of the crime. It comes with the sentence. Blame your husband for putting himself,and you in that position. If you can wait till he is released if he ever will, that's the option you should pursue.
Woman you dont sound contrite,and remorseful for what your husband did.I appreciate you commitment and dedication you have for your marriage.But hey he killed another women( his other wife)and the courts found him guilty.That alone would send many awives packing.Lucky,it was not you.What say you people of sound mind?

More power to you lady.

Only 20 years for killing another human being? That is injustice itself!!!. This woman and the husband are playing with the system

Can Sabina Chege connect this lady to Chacha who was servicing women MPs?

This woman is an IDIOT and a Disaster waiting to Happen. And because of this: No man wants her in the Free world out here (except her Incarcerated CRIMINAL husband).

At first, I thought she was fighting for a political prisoner. A criminal and murderer?? NO WAY, F***K NO!!

She is chasing pooki/ ray ray. This kind of loyalty is why you never get good things. The addiction to struggle is surreal!

He was to be hanged immediately by the same courts.U kill foolishly ur to die unless u were defending yourself.

She's paying a price for her husband's act. I would ask govt to facilitate artificial insemination since she wants more kids.