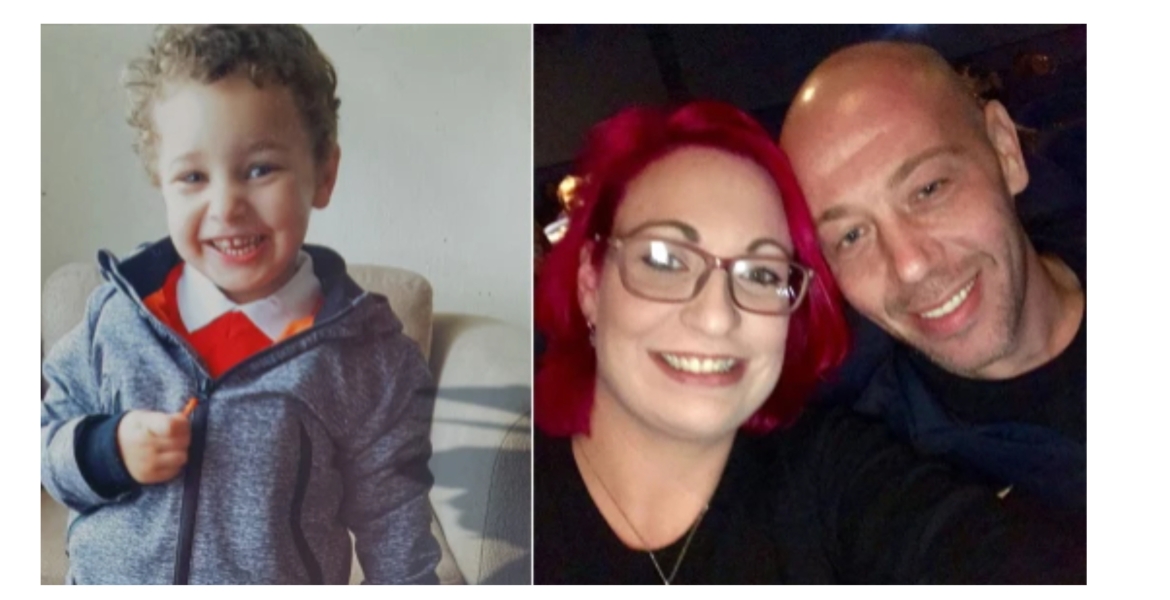 A UK court has handed life sentences to a mother, stepfather, and teenager for the murder of five-year-old Kenyan-British boy Logan Mwangi.

The Cardiff Crown Court found Logan's mother Angharad Williamson (31), his stepfather John Cole (40), and a 14-year-old Craig Mulligan guilty of murdering the deceased. The three abused and killed Logan before dumping his body in River Ogmore, near their home in Pandy Park, Wales on July 31st, 2021.

The body of Logan, whose Kenyan father Benjamin Mwangi works as a bookmaker in the UK, was discovered in the river towards the end of July 2020.

Williamson, Cole, and Mulligan will spend a minimum of 28 years, 29 years, and 15 years behind bars respectively before they can be considered for parole, according to The Guardian.

While passing the sentence, Justice Jefford described the concealment of Logan's body in the river as heartless, calculated, and orchestrated.

"You are responsible for Logan's death and all the anguish that has followed from it. Inflicting these injuries on a small, defenseless five-year-old is nothing short of horrific," the judge said.

The trial court heard that Logan’s body had horrendous injuries including 56 external wounds and bruises and internal injuries similar to those witnessed in victims of high-speed car crashes.

Jurors heard how Logan was treated like a prisoner in the days before his death. On the month he died, the deceased tested positive for Covid-19 and was locked in his bedroom with a baby gate barring him from leaving.

Prosecutor Caroline Rees said Williamson and Cole forced the minor to face the wall when they took him food. The jury was also told that Mulligan, who was living with the couple had a desire for violence and pushed Logan down the stairs, breaking his arm.

A support worker also heard him singing: "I love to punch kids in the head, it's orgasmic."

Logan’s father met Williamson in 2010 while she was working as a warehouse manager in Essex, South East England, through mutual acquaintances. They started dating in 2014 and Logan was born on March 15th, 2016.

“I was present when Logan was born and it was the happiest time of my life. I stayed with Claire (Williamson’s mother) for a few weeks but I would clash quite a lot with Claire and did not think it was good for anyone, especially Logan, so I moved back to Brentwood,” Mwangi testified.

“During that period I was in regular contact with Angharad, who would call me and send me pictures of Logan. He was the cutest little boy…We were back and forth visiting each other.”

Mwangi said things changed after Williamson met Cole, who has a criminal record for burglary, assault, resisting arrest, possession of bhang, and impeding the course of justice.

“He held long-standing racist beliefs which could have been relevant to his motives in the attacks on Logan, and he even stopped him from seeing his real father and grandmother,” said Mwangi.

Williamson later phoned Mwangi to inform him that she would cut their communications as her new partner “did not think it was normal” for them to continue speaking. Mwangi would only communicate with Logan via video call on weekends when the boy was living staying with his grandmother Claire.

Court documents show that Logan’s suffering began in 2019 when his mother and stepfather locked him in a dark room, denying him food and forcing him to eat only cereals and water for supper.

The boy is said to have shown up at school with mysterious injuries on multiple occasions before he began stammering, wetting himself frequently, and inflicting bodily harm on himself. Teachers reported to social workers to no avail.

Months before Logan’s murder, medical experts raised alarm about his damaged arm, and they contacted the authorities. The boy was assigned a social worker, but he was removed a month before his death because the government no longer considered he was facing a major risk to his life.

The 14-year-old’s foster family is said to have discovered knives stashed in his closet on numerous occasions.

“The youth repeatedly talked about how much he hated Logan and wanted him dead. He didn’t even call him Logan, he called him “the five-year-old”. Social services were told about the threats,” the court heard.

Cole is said to have punched Logan in the stomach before Mulligan swept the boy off his feet with a martial arts move.

Williamson told the court that when Cole and Mulligan attacked Logan, she had run out of the house in an attempt to get help but her version of events was dismissed by Justice Jefford.

"That was made up after the event to protect yourself and shift the blame. You had an opportunity to protect your son from further injury and you did nothing," the judge said.

Drugs is the factor in this ordeal which's destroying families beyond imagination. More than likely the Mother is addicted to drugs to the extend of betraying his own blood and flesh to keep the supply line going from her boyfriend.

My heart bleeds reading this story ..I'm already tearing up how the little boy suffered in the hands of those monsters......Why Mr Mwangi you didn't step up for you son man???? What happened for sure???

Not trying to be judgmental, but, I also think @ Mwangi had missed opportunities to do more to fight for his child!

I don’t see here that he fought for the custody of this boy who truly died a painful long death in the hands of 3 evil people!

I am truly pain by this and equally mad as hell!

@GG don't forget courts in the west have a decided tendency to favor the mother. In his case strike two would be his color which is no small thing.

@mundumugo, that is exactly it.Despite what the law says, when it comes to family matters, cases are adjudicated in favor of the mother.And if you are a negro father, that is one strike against you....

Mwangi could have done nothing as law in most different countries gives the mother the custody of children below 18.He could only have lawfully fought for the child if the mother had mental disease or has abandoned him.

Those Railas would have been acquitted if they killed the boy in Kenya or if they were tried by Kenyan court.