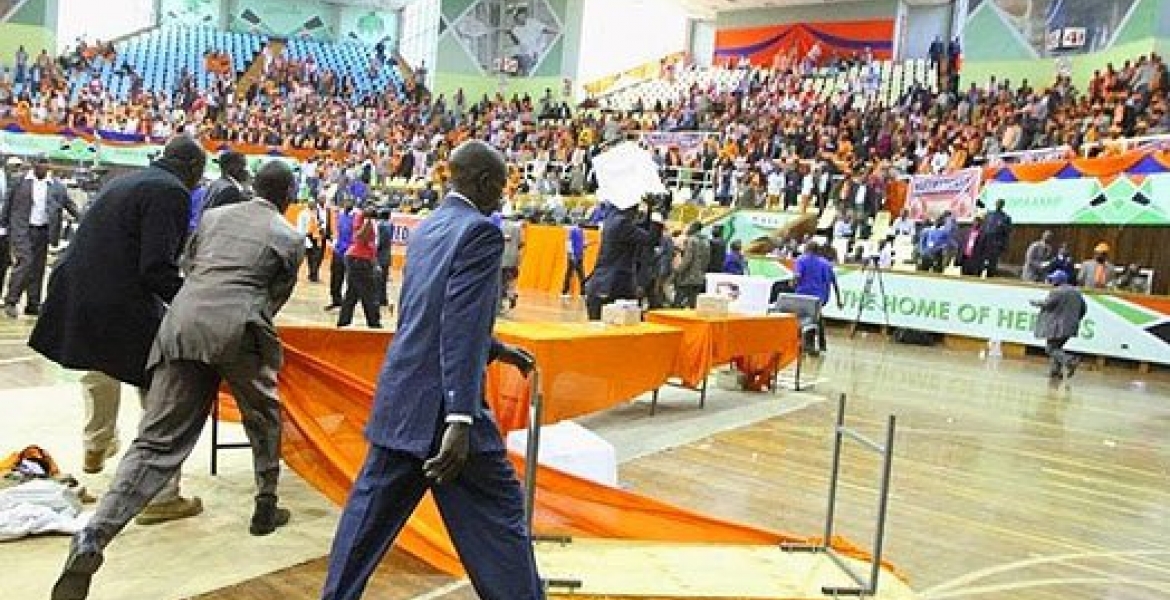 Police in Nyanza have banned ‘Men in Black’ from campaign rallies in the area. Assistant Inspector General of Police Joseph Keitany warned politicians not to use private security guards at their functions, and instead request for such help from the National Police Service. Keitany said only the Police Service is mandate by law to provide security at public functions.

Keitany blamed ‘Men in Black’ for chaos that has erupted at campaign rallies, the latest of which occurred on Monday at a rally in Migori County.  Chaos erupted on Monday at a function in Migori attended by Hassan Joho, James Orengo, and Anyang Nyong’o and other ODM politicians. Two people including Joho’s bodyguard were shot and injured after private security guards and police shot in the air to disperse rowdy crowds.

“Politicians must be cautioned against chaos. They must stop ferrying youths with weapons to political rallies and polling stations during the party primaries,” Keitany told Nation on Tuesday.