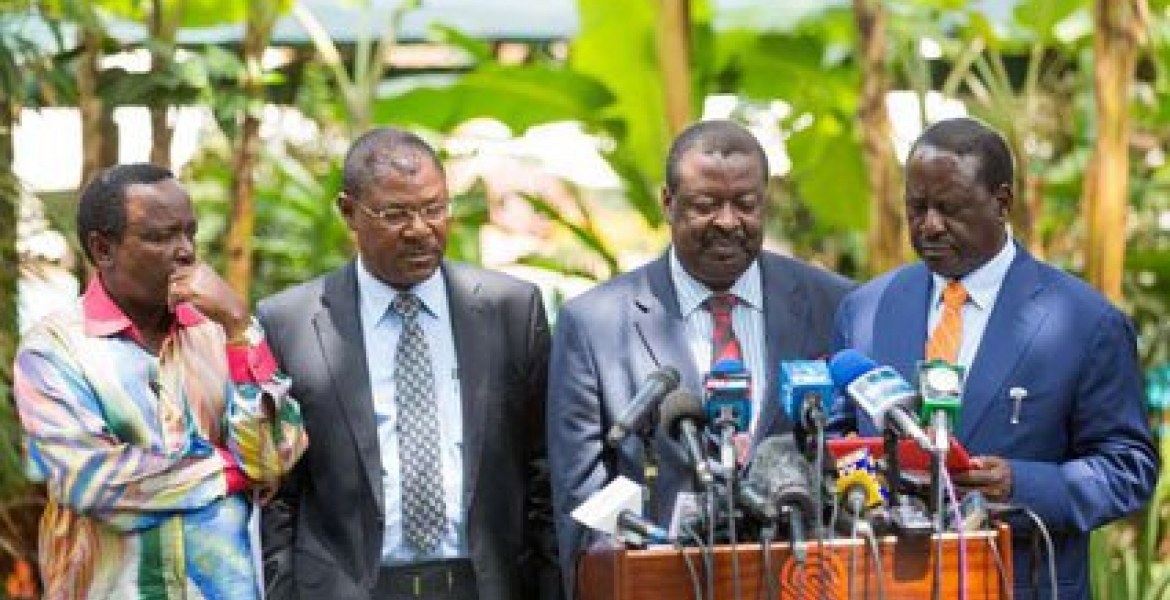 The opposition coalition NASA may have to change its name after an NGO registered a trademark under the same acronym and moved to court to block the Registrar of Political Parties from registering a political entity by that name.

Northern Advocacy for Sustainable Agriculture (NASA) is an entity that was registered as an NGO in 2016, and was just issued the trademark ‘NASA’ by the Kenya Industrial Property Institute on Friday. The NGO now wants the political coalition led by Raila Odinga, Kalonzo Musyoka, Musalia Mudavadi, and Moses Wetangula to be prevented from registering a political party named ‘NASA’, saying this will be an infringement on their trademark.

The NGO wants the High Court to further declare that only the NGO can use that acronym.

Lucky for the NGO, of this party wants the acronym they will have to pay huge. That's the easiest way to make legal money

When did NASA register as a political party? Your short article is missing alot of information. And sounds like you are carrying Jubilee water.