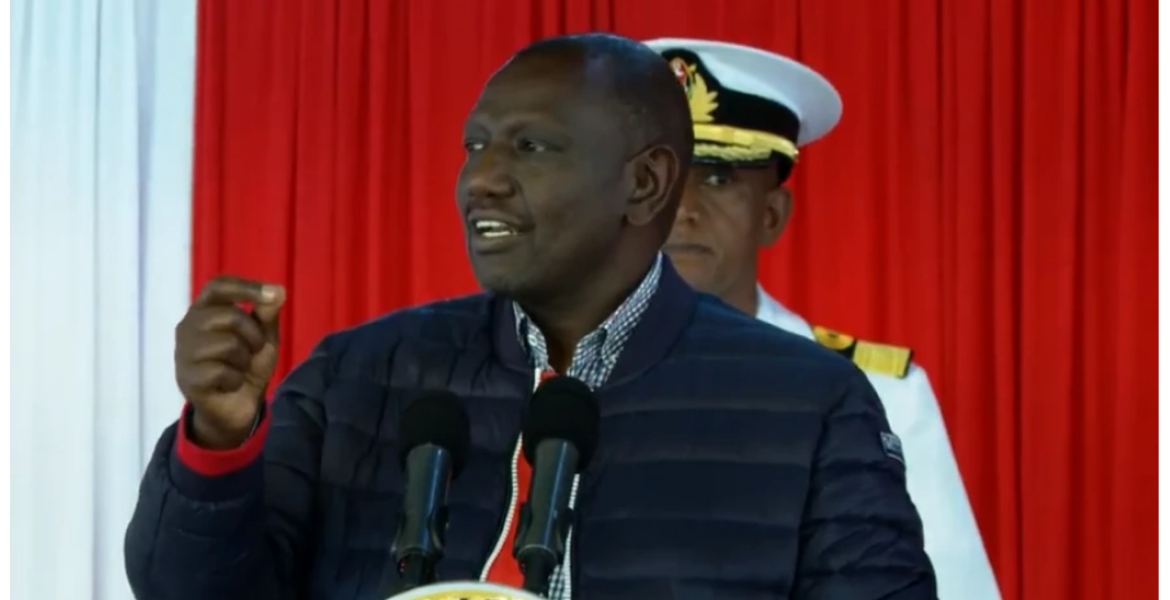 Ruto, who assumed office as Kenya’s fifth president on Tuesday, observed that Kenyans have saved about Sh1.5 trillion which is lower than that of neighboring Uganda.

“Kenya is the country with the least saving culture. Tanzania has a better saving culture than us,” Ruto told a Kenya Kwanza Alliance parliamentary group meeting in Naivasha on Friday.

While outlining his legislative agenda, the president stated that there is an urgent need to change this, with the MPs set to hear from the National Social Security Fund (NSSF) and other professionals on how they can be influential in transforming the country’s saving culture.

“Investment is a function of saving. You can only invest if you have saved…It is not how much money you spend. It is where do you spend money so that you get value for every coin you spend,” said Ruto.

A 2021 report by EFG Hermes shows that Kenyans save the least in East Africa at 12 percent, which is way below the continent’s average of 17 percent. By contrast, Uganda and Tanzania already crossed the 20 percent mark even though their per capita income is significantly lower.

The report attributes Kenya's poor saving culture to a high spending power, especially by the youth who follow international trends closely, thanks to the country's technological advancement.

"Kenyans are well connected to the world, thanks to both high mobile phone and internet penetration. Most young people tend to copy expensive lifestyles in the west, hence high spending power," the report said.

It added that saving culture is natural at a tender age but most families in the country shy away from the subject.

"There is a huge disconnect between parents and their children. Very minimal mentoring and financial literacy. Kenya lack cultural identity, hence copying the west," the report added.

How will they save when you and your thugs have destroyed the economy? 50% unemployment, 80% live on lottery, what will they save?

Blame it on social media. Most competing with the western world. Most want the latest trends ,big cars ,nice apartments but living pay check to pay check. Some are one paycheck away from bankruptcy. But this is true even in USA, the issue here is there are classes on MONEY MANAGEMENT. Most of us learned the hard way. Parents need to start early educating our children on how to save and invest. But how will our children learn when we are not doing it?

Spot-on @ Kora Kanini. Its is the consumer culture we have created. The message from marketing is,"you do not have to wait.Just pay alittle every month,and its yours". It Comes down to buyer be aware.Be very careful with these loans,avoid the traps.I see young people taking loans on Mpesa accounts,and they are jobless.They default,and then open another account somewhere,under a different name of carrier.
And same applies to those who make big bucks. The only difference is that their loans,and appetite for finer things is large.Now you multiply that a thousand times,and you have a spending culture,and not a saving one.Nothing is wrong with spending.The problem is, people spend what they dont have.We all know to borrow ni harusi,and kulipa ni matanga...Let's live within our means,and we will be just fine. And yes easier said than done,but that the formula.

That is unfortunately true. Many adults, and not just in Kenya, won't engage children on money matters. I remember the 1st time I asked my father about mortgages and how buying and selling property worked, he said I didn't need to know. I decided never to do that to my child. I taught him about saving and investing, helped him open an investment account at 15, I have encouraged him to start investing in real estate when the opportunity arises and should he need help with the down payment, I will assist. The goal is for him to build his own wealth and add to whatever I leave him after I shuffle off this mortal coil.

How can You save What You can't Afford to Save?Especially when People like GachaRuto😎😁 swindle Mankind.

King of corruption is dump

Well, go to both countries, they are shit holes. Tanzania is underdeveloped and UG is dirty and nasty.

MOI GAVE YOU ALLL FROM COLLEGE

HOW CAN THEY SAVE IF HAVE PROBLEM PAYING FEES

KING OF CORRUPTION YOUR LIES HAVE COME TO AN END

HOW WAS HE BORN?

HOW DID HE GROW?

ALOT FROM 1990 IS GOOGLABLE

THEN COMPLAIN POOR NEGROS DONT KNOW HOW TO SAVE

KING OF CORRUPTION IS UGLY

The only thing we have to save for the next 5 years is our sanity for having to live under a thiefing GachaRuto government. Kumbafu.

Savings isn't the way but investing is.. Kiyosaki hwy

@Simamaimara - As you can tell someone( Arap Mashamba) is not financially literate juu pesa yake ni ya wizi.