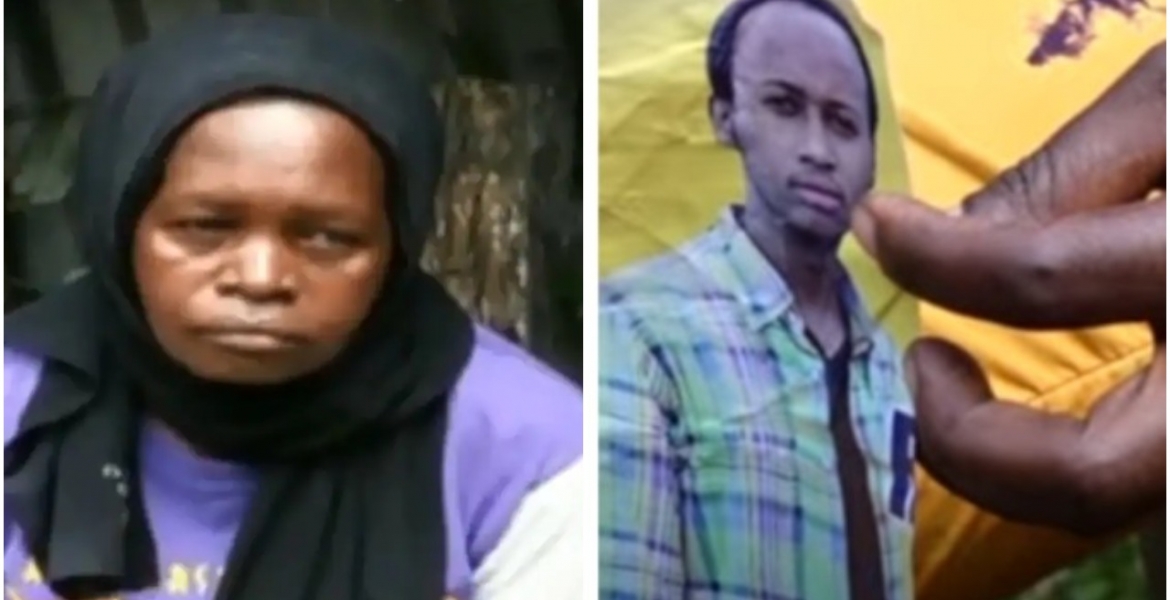 A desperate Kenyan mother is seeking to sell one of her kidneys in order to bail out her son, who is languishing in prison abroad.

Zipporah Nkatha from Igembe South in Meru County says her son Richard Koome was jailed for four years in India for selling miraa - a prohibited drug substance in the populous Asian nation.

He was arrested in Mumbai with 66 kilograms of khat and was charged with trafficking the illegal drug into the country.

Koome was a miraa vendor in Nairobi’s Eastleigh area until he met an Ethiopian national identified only as Yusuf, who lured him into trafficking the substance into India and even paid for his flight ticket.

His mother is seeking to raise the Sh1 million fine imposed on his son by an Indian court to secure his freedom. Nkatha says she opted to sell her kidney after her appeal for funds from well-wishers failed as no one turned up for a fundraiser.

“I have suffered a lot. Right now I am ready to sell one of my kidneys,” she told NTV.

She added: “I am appealing to our leaders wherever they are, to known that he (Koome) is a child just like other children and he was going there to help himself and whoever sent him doesn’t bother much on how he will get out of that place.”

Yusuf is said to have hired a lawyer for Koome after he was arrested but later went silent and switched off his phone.

Koome, who pleaded guilty to charges leveled against him, appealed for leniency, saying he was unaware that miraa is a prohibited drug in India.

Though unfortunate, it looks like this young man Knew what he was Getting into.

I agree with you on this, the mother wants to sell a body part to bail her son out of jail, but I think the son should pay for his crime. Tough love takes courage to undertake.

I could it be that the fundraising failed because of the reason behind it.Ichance to say that the results would have been quite different if funds were being solicited for a child who needed medical attention for cancer treatment.Iwonder if the father is alive.This is aheavy burden for amother to carry.How old is the boy anyway?I know mothers love has no bounds,but if he is an adult who put himself in this situation,let him pay the price.I do not believe that he did not know that it was illegal to sell miraa in India.
By the way isnt selling human organs illegal?

@Maxiley yes, this mother is breaking the law by selling a body part and therefore should be arrested and jailed for at least a day ili atulize boli.
On the other hand the young dude is probably hanging out with some other jailed Kenyans and Nigerians in an Indian jail, perhaps enjoying the free lodging and roti.

how will it benefit you if your employer pays you shs 55,000 then kills you?

Let your son do those 4 years. He will learn one thing or two. He knew what he was doing.

Well the idiot broke the law himself so let him face the music.If the lady wants to sell if the kidney somebody should find him a seller quick/fast so she can save her son.I don’t mean to b rude but it’s good to be careful when ur in a foreign country.I remember while I was leaving in usa some people will b caught juu ya makaratasi umeoa kimzungu or nyeuthi then kianaumana mtu anashikwa unapelekwa ndani then u start bothering folks wakuchangie watafute lawyer n I use to advice the guys who have decided to tafuta paoers this way that u invest gichagi first incase kiumane or u save some 10k uweke kwa account incase ushikwe ndio ukishikwa tutumie hio pesa kukutoa.Anyway u must obey the rule of law in a foreign country.

Selling body organs is illegal in Kenya, but she can try it in India. She still has other legal options, like selling part of their farm in Igembe. 1/2 acre will get them the Shs 1M and will be a small dent to that farm.

Sometimes it's good to let pain teach this young generation. And to mom,you have to have a healthy set of kidneys as evidenced by high GFR. I don't think you are that young to survive on one kidney. Sell part of your land instead.

I get your desperate point mama. But some of these things happen so that a child can learn something! Let him do his time in jail so he can learn never to get himself in a jam like this again! Please do not sell your kidney mama!