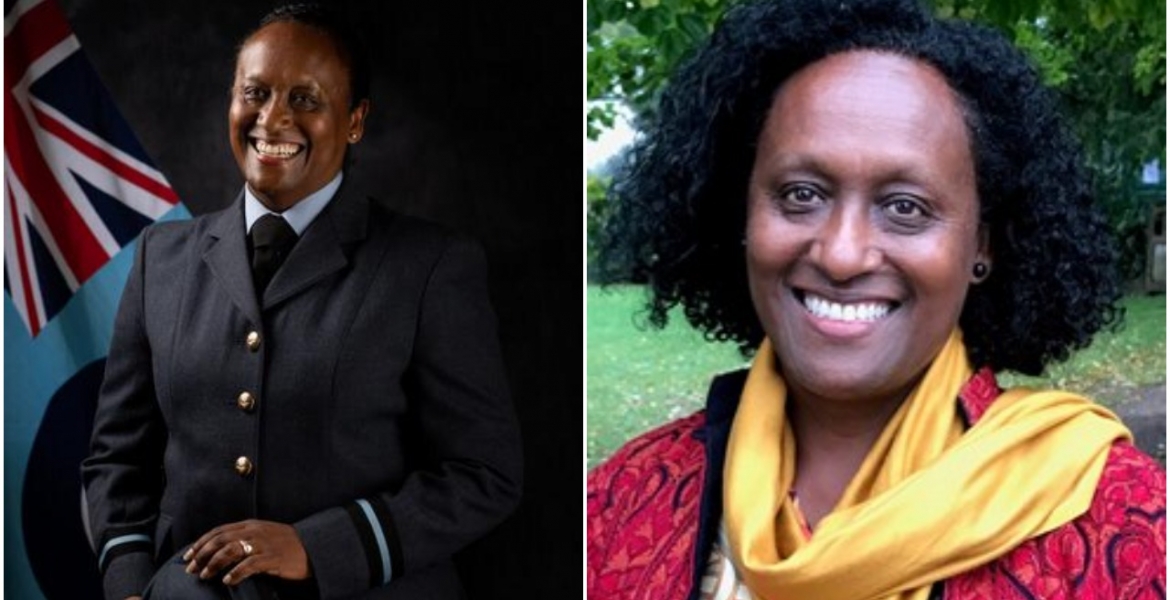 Kenyan Veronica Moraa Pickering has made history in the UK after becoming the first black woman to be appointed the Royal Air Force (RAF) Honorary Air Commodore.

The Air Commodore is a one-star air officer rank being immediately senior to group captain and immediately subordinate to air vice-marshal.

Kenyan High Commissioner to the UK Manoah Esipisu congratulated Moraa and urged her to take up the appointment.

“Congratulations @vkpickering on being the first black woman and Kenyan to be appointed RAF Honorary Air Commodore. You definitely are making history. You will notch another first when you take up royal appointment as High Sheriff in 2023. Pongezi sana,” Esipisu wrote on Twitter.

Moraa said it is an honor to wear the RAF uniform and to be able to represent the “most amazing people.” She also thanked her Group Captain and the Deputy Support Force Commander Jo Lincoln for being the most inspiring leader she has ever met while discharging her duties.

Moraa was born in Kenya before she relocated to the UK in the late 1960s with her parents, according to information on the Nottinghamshire County Council website.

For more than 25 years, she has worked as a Social Worker, Children’s Guardian and, as an International Child Protection Consultant for the UN and many NGOs across Africa, the website says.

“Veronica is supporting a number of Nottinghamshire charities and organisations and has for many years been a strong supporter of the arts and also wildlife conservation charities.”

On her Twitter bio, Moraa, who is married to Nottinghamshire-born artist Roy Pickering, describes herself as a personal coach and mentor, a human rights and wildlife advocate, as well as an art lover and traveler.

To her the white people are . what did black people give her to make them amazing . look at you you do not conglatulate her are your "amazing ?"

The British are trying to get out of paying for looting and killing Kenyans...for no reason at all. This means nothing; Africa needs no Charity. Mtalipa tu! Those Bukusus you slaughtered at Mabanga, Chetambe....mtalipa.

Who cares about this colonialists,thieves,rapists,grabbers who destroyed our country n many so called commonwealth countries.It’s a big shame today we are still yapping about colour???After changing Jesus from black to white they still think their stupid colour is supreme to others??

This is part and puzzle of mental enslavement.
It took them all this years? I understand that we have to start somewhere; but it's way ourdue.
Think about what happened in Africa for all these years.
Every week we have fights and wars...
Divide and rule tactics...

@Kora Kanini! we cannot blame white people for what we have conducted since independence . we should have done better . it was wrong for them to come and colonize us and treat us like second hand citizens in our own land. But with or without them we always fought . My grandfather told me he fault many wars against the Maasai's even in Europe it was not different think of times of Roman empire, Napoleon etc . what is want to stress is that the wars in Africa are our own making from south africa to Nigeria .

Moraa Congratulations! Continue the good work and may God Bless you.

Couldn't help but notice all the bile spewed in some comments here. Watu mna WIVU na MACHUNGU kiasi gani. Sherehekea mwenzako ili ikifika wakati wako nawe utasherehekewa! Yaani watu wanaamkia Kitungu saumu, pickles, lemons na mayai yameoza wanakuja kututapikia hapa. Shame on you. The Good Lord is watching, you can NEVER rise to greater heights if you are not happy for those who made it up there.

Complaining of enslavement,mutalipa,killed our people etc but all of you are writing in their(MAKABURU)language.None can do it in his/her own language.Andikene kwa lugha ya B(M)ama na muvae ngozi.