Kenyan Man Found Dead in His Apartment in Joplin, Missouri 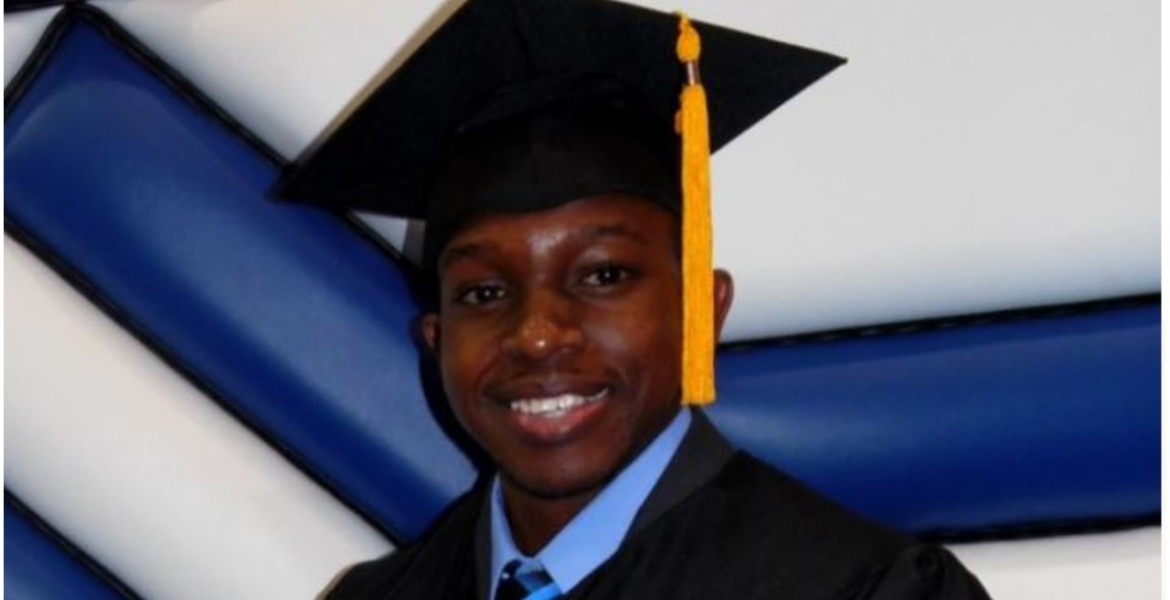 A young Kenyan man was recently found dead in his apartment in Joplin, Missouri.

The decomposing body of Christopher Njuguna Mungai was discovered in his apartment. The medical examiner said Njuguna had been deceased for about one week when his body was found.

The Kenyan community in the US is seeking to raise $20,000 to ship his remains to Kenya for burial.

Njuguna has no immediate family in the US and his family in Kenya is distressed, with no answers as to what happened,

“Without the funds, this cannot happen and Chris would have to be buried in a foreign land by the local government against his family’s wishes, culture, and traditions,” the organizers of the fundraiser said.

Financial support can be made through the channels below.

Mjuaji. How could you not mention Maxiley in the 2nd #8 point? He is a bear on Mwaks!

Either way, pole to the family of this young man.

I Agree with you. I live in Kansas and people [ Kenyans ] Hate wach other like Hell. Nobody wants to see the other for no reason. They even change numbers just to keep off people. Then Munatuita tuchangie Maiti. [ I know the Family back at home do no know we live here. Animals are more Social and better. Pole to the Family.

Depression Mental illness killing our people.This year alone we have received about 13 bodies from different diaspora countries for such deaths?Very sad in deed

First of all condolences to the bereaved family. To all the men out there, take depression seriously. If you are depressed get help please and if you know someone is depressed, keep them near you and if you can convince them to get help, do so. It's too late when a person dies, never more can you enjoy a joke or nyama choma with them, their voice will remain silenced forever, the laughter will never be heard again, their smiling face will be forever gone. Being macho or manly won't stop or conquer depression.

Am sorry for the loss of a dear brother....but today i had a tear drop.

one week is brutal... decomposed body has to be shiped to kenya

diaspora humans ...esp the gossipers fucked women spread lies so others can be hated and isolated rot in hell and earth tooo

its unbelievable ... jm, jw, z, jm the one man i know dwn some names of kenyan witches doing damage to others ....

The noose is tightening on the neck of William Ruto with pointers he might land in the dock over various crimes at International Criminal Court and locally if the ongoing probes on his allies’ underhand deals implicate him in the multi-billion shillings scandals.
Weekly Citizen has established that, for years, Uhuru Kenyatta has shielded various state agencies from summoning Ruto to shed light in various cases suspects have linked his name to but now the head of state, after being pushed to the wall by UDA allies, has said enough is enough. Uhuru has reportedly said that he will not block arrest of his deputy if any tangible evidence against him to face criminal charges can be sustained in court. The same is with ICC if it comes calling.
Uhuru wants to leave a legacy that no one is above the law. The recent arrest of two High Court judges Aggrey Muchelule and Said Chitembwe are signals things ahead are not good for those who think they are untouchables.
Highly placed sources revealed that panic has gripped the hustler movement after it dawned on them that detectives unraveling how Mathira MP Rigathi Gachagua got over Sh12.5 billion are establishing whether Ruto was the beneficiary of the large heist. Rigathi was hiding behind politics to stop prosecution.
The detectives from the Serious Crime Investigations Unit are unraveling how Sh12.5 billion siphoned by Gachagua from state agencies evaporated into thin air with only Sh200 million being traced in a local bank.
They are doing money trail to establish whether the heist landed in Ruto’s accounts in and outside the country.
Already, the deputy president has read mischief in Gachagua’s arrest, averring the problems facing his foot-soldier are politically motivated.
Taking to Twitter, the second-in-command asserted that the persecution of his friends ‘will soon end’, possibly referring to the 2022 general election, which will mark the end of Jubilee’s two-term tenure.
“They have connections, networks, pedigree & godfathers BUT we have GOD our Father,” Ruto tweeted.
He added: “This persecution on account of our friendship & political beliefs will come to an end.”
His statement came hours after Gachagua was apprehended at his Nyeri home by a Directorate of Criminal Investigations team of at least 20 officers.

At ICC, lawyer Paul Gicheru is facing charges at the Hague being accused to head a team that compromised witnesses against Ruto and radio journalist Joshua Sang. Reports indicate, the lawyer was funded by the DP handlers further complicating matters for him.
His arrest sparked online and offline protests, with his supporters taking to the streets for raucous picketing. Speaking to the media on his way to the DCI headquarters, the MP accused the state of waging war against him because of his devotion to the deputy president.
He claimed he was arrested for embarrassing Uhuru during the recently concluded Kiambaa by-election, in which the president’s party lost the race to the Ruto-affiliated UDA.
The deputy president is worried that apart from Gachagua, former Treasury cabinet secretary Henry Rotich is naming Ruto in Sh21 billion theft of money in the Kimwarer and Arrow dams scandal.

Already, they have evidence of how officials of an Italian firm, Co-operativa Muratoi Cementisti Di Ravenna met Ruto’s ally, David Muge who forwarded Sh2 billion.
The detectives are also unearthing another scandal at the Moi Teaching and Referral Hospital where Sh29 billion would have been lost, if Ruto had his way.
They are relying on the testimony of Nairobi businessperson, Hebert Ojwang who linked Ruto to the controversial Sh28 billion theft at the facility. Ojwang’s testimony will form the basis of charging Ruto with attempted theft.
The detectives are also trying to establish claims Ruto engaged in money laundering and could be hiding looted funds in Sudan and Uganda.
They are trying to establish if the deputy president has accounts in Sudan and Uganda, where he hides illicit funds. Ruto is a regular visitor in the two countries.
They are also trying to establish how Ruto got to own land where Dolphin Resort Beach Hotel, which has even encroached on public beach in Shanzu, Mombasa county, stands.

RIP but surely a whole week and no one went to check on him haki kenyans in diaspora tumekua tew much...