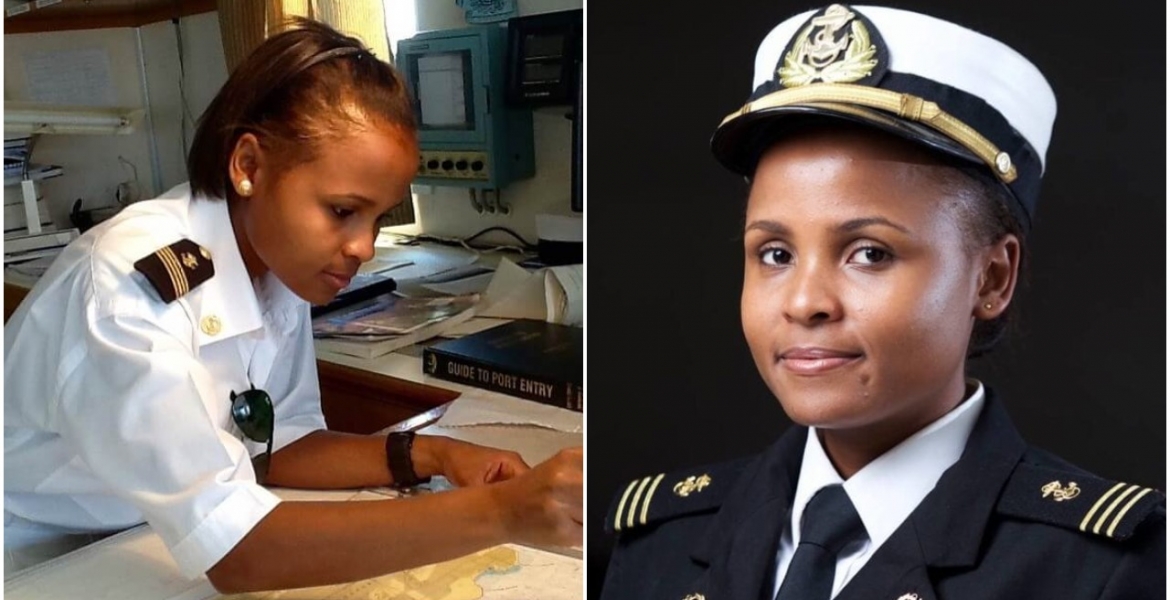 Elizabeth Wakesho Marami, who made history by becoming Kenya’s first female marine pilot, has earned a promotion at her workplace.

She was recently promoted from 2nd Officer to 1st Officer of Celebrity Edge, a ship operated by Celebrity Cruises.

Her colleagues Mary Gi and Calvin Kent were promoted to First and Second Officer respectively. The promotions were announced by Captain Kate McCue.

In March 2020, Wakesho was part of the first-ever all-female team that set sail, making history in the process.

She will now wear a badge with three stripes following her promotion and will be in charge of the bridge—an area where the crew operates the ship from. She will also be tasked with ensuring that the navigational equipment is functioning properly.

The 29-year-old, who was born and bred in Mombasa, initially studied law at the University of Nairobi, but later changed course and went on to pursue navigation at Arab Maritime Academy in Egypt where she graduated with First Class Honors.

“I always grew up knowing that I wanted to do something different, Something out of the ordinary. Being awarded a scholarship to pursue this career was God’s answered prayer…,” she said in a past interview.

Congrats. Shine brighter than the sun.

Another smart brain drain have bin bought by money the way Judas did to Jesus.If she was promoted in Kenya or any African country will it b on the news?????Our African countries should b grabbing such brains to remain in our countries thou even we the black people r still enslaved on moving to the west thinking it’s heaven until we get there n we realised it’s not all glitters.Wait n see the way African haters will bash me🤣

Sasa wewe @halisi, shinda yako nigani? Just be happy the young lady got a job after years of training. Just call her to pilot your cruise ship when you buy one! Until then, don’t even bother to open your mouth with negative words because she ain’t listening!

Mkenya Halisi do you have your own ship or do you know of any African cruise ship? I am bashing you coz ur not using your brain. You cannot limit one with where they were born. Do you think if Elon Musk stayed in south Africa he would be taking people to space?

My former teacher's daughter! Proud of you!

Beautiful, humble and brains...good luck and congratulations..this makes me so proud as a kenyan woman