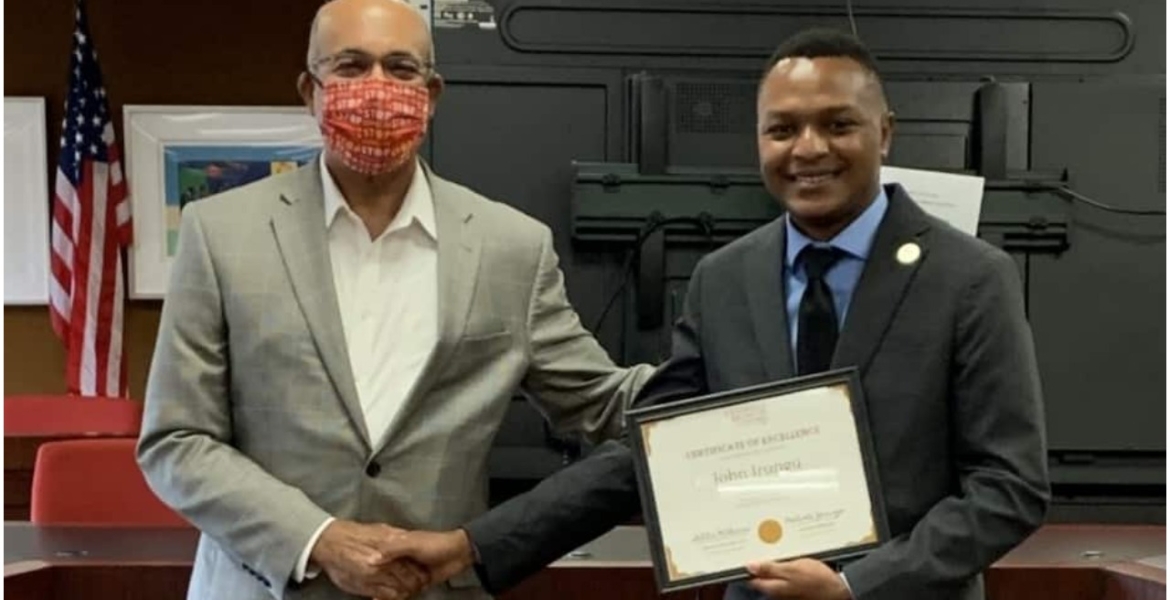 Kenyan John Gatambia Irungu has been elected as the new Graduate Student Government Association (GSGA) President at the University of the District of Columbia (UDC).

Irungu, who hails from Ol-Kalou in Nyandarua County, is currently pursuing a master’s in computer science at the Washington-based institution of higher learning.

The 31-year-old moved to the United States in 2017 to pursue a master’s degree in Public Administration at UDC and has worked with various government agencies there.

Last year, he decided to enroll for a master’s in computer science at the University of the District of Columbia in a bid to improve his skills in reporting and data analysis.

He also holds a bachelor of arts degree in Arts in Political Science and Government from the University of Nairobi (UoN).

Irungu has previously served as the GSGA Vice President and represented UDC as a Data Science Research Assistant in a flagship program with the Mayor’s research Unit, Lab D.C (2019).

As the GSGA president, Irungu promised to prioritize and work with the university administration in the provision of the requisite resources needed by the Graduate students to ensure a smooth pursuit of their academics and endeavor to meet their needs and interests.

Remember Kikuyus have 10,000,000 votes in Kenya! They will make or break Raila as he runs for president! Your luo men are heavily chasing kikuyu women because they are more beautiful than luo women! They also have a better business mind than luo women!

The kind of attitude you show here says a lot about you; and perhaps other luos! And that is why most Kikuyus have a huge bone with Luos! Kikuyus can do without luos, but luos can’t survive alone!

A politician in the making...

I have always wondered about these types of "news" posts. Did he contact you? Is he your friend? Like honestly, how did you even find out about his appointment to this position in a relatively unknown University? I'm by no means poo pooing his appointment - just seems rather odd. It's not like he was named as the Provost of a major University... I'll let y'all know when my kiddo is class president as well, I guess.

This is a creepy University. Has too much problems with academic frauds. The late Mayor Barry made it accept anybody whether you have GED or not.

Congrats and best wishes. Will give credit where credit is due.

Congratulations Irungu.
Most schools & universities in the US are operating remotely due to Covid-19. No end in sight.
Everyone needs to wait patiently to see what happens before making their next move.
People can still achieve alot remotely. Going to school in a foreign country might soon be a thing of the past. Change of seasons is here!!

Do your thing brother. Put that on your resume. I live in the DMV but I couldn’t tell you where UDC is located in DC.