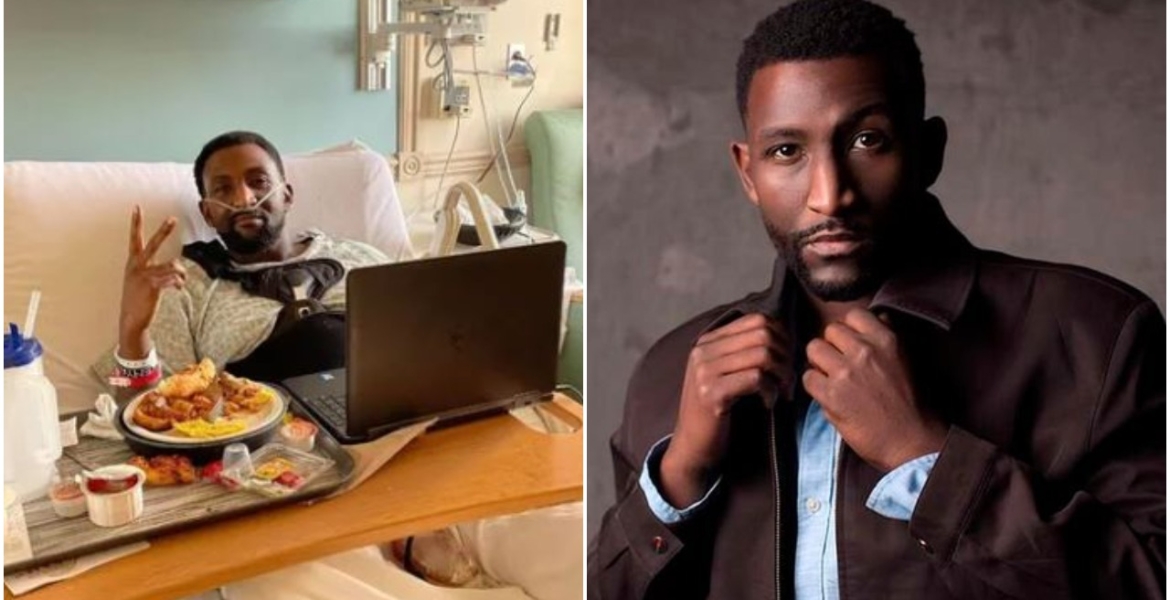 A Kenyan-American actor is appealing for financial aid from well-wishers to settle his medical bills.

Sammy 'Nagi' Njuguna of Atlanta, Georgia is currently admitted in hospital after he was shot at a gas station in Columbia, South Carolina on October 7th.

The 33-year-old had traveled to Columbia, where he was born and raised, to visit his family following the release of his latest project Black as Night—a horror-thriller film released on October 1st.

On the fateful night, he spent time at his cousin’s place who hosted some of the Kenyan family to watch the movie. At around 1:00 am, he left the house and stopped at a gas station to refuel his car.

He then went into the shop and paid but while walking back to his car, he was shot three times by a stranger.

“I was shot in the back. I didn’t realize what was happening so I turned around. I caught a glance of someone in one of the cars. I don’t know this person. Then, bam! Two more shots; to the chest and shoulder,” Njuguna told Nation in a virtual interview.

Njuguna says he found himself in an ambulance, with the paramedics asking him for a contact they could reach his family on. He gave out his father’s number and went into a coma for two days.

At the hospital, doctors performed an open chest surgery on him to retrieve a bullet from one of his lungs and a second from his shoulder. Part of the affected lung had to be cut off.

“My lung suffered so much trauma that it collapsed three times after re-inflating. I’ve been able to walk but until they figure out how to keep my lungs strong, I’ll still be in the hospital. I also developed pneumonia from the infections and had surgery on Tuesday again. Now, they have to keep draining the lungs multiple times a day,” he said.

“My mum has been singing praise songs for me on the guitar and brought her prayer warriors together to pray for me. God, his angels and my Kikuyu ancestors have been with me and protected me. My mum is from Gikuni village, Kiambu and I’m a real warrior like them,” added Njuguna, who also has a back brace.

The attacker surrendered himself to police while Njuguna was still in a coma, but he was released on bail hours later on the same night.

Njuguna, who was partly raised in Nairobi, says the suspect had a very low bail set, which makes him believe that the US justice system does not value black lives at all. The case is ongoing.

His hospital bill currently stands at over $10,000 and has opened a GoFundMe account (https://www.gofundme.com/f/vsxccm-help-with-medical-funds ) where well-wishers can make donations.

Njuguna, who has been acting since he was 15, is set to appear as Craig Hansen on episode five of season two of the popular BET drama show “Games People Play” airing on November 16th.

Njuguna says US justice system does not value black lives at all-Does he know Gikuni/Kenyan laws release on bond all capital offenders including treason,murder,rape,drug,gun etc suspects on terms one can afford?Does he know most of them never never return to court or police station once released?Hiyo kando-Can he provide his cash app No.?

Sorry for the tragedy. I wouldn't advise anyone to stop at gas station at night especially in major cities. Those are meeting grounds for crime.