Meet Laban Njuguna, a Kenyan-Born Businessman Who Has Built a Coffee Business Empire in the US 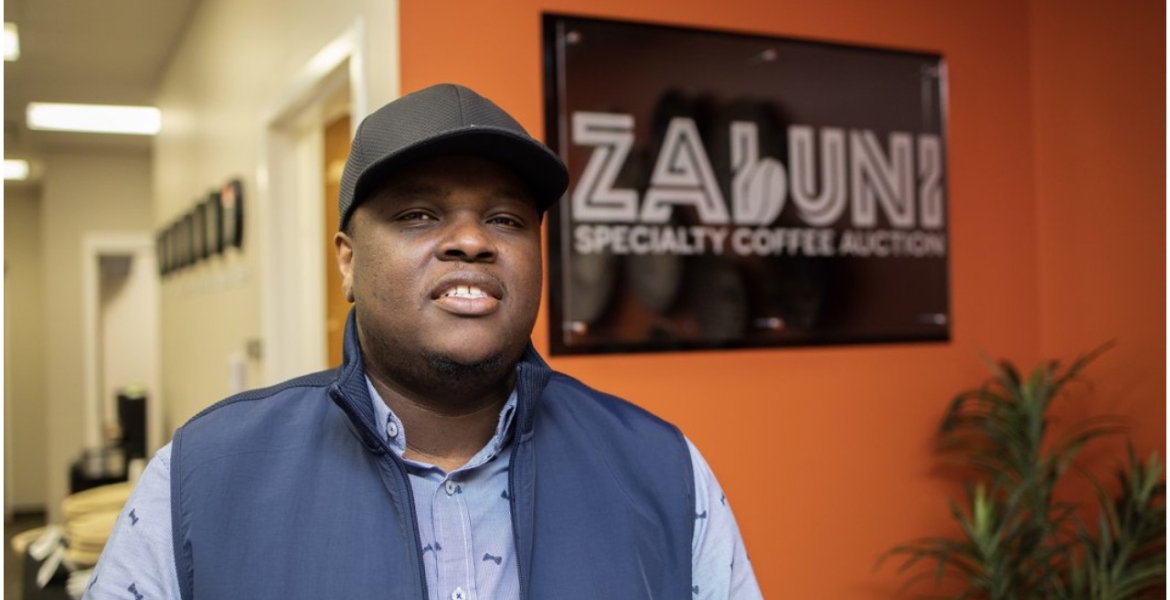 The 42-year-old owns and runs Zabuni Specialty Coffee Auction, a company that distributes Kenyan coffee in the United States.

Headquartered in Grand Island, Nebraska, Zabuni gives Kenyan farmers direct access to the US coffee market, allowing them to make more cash as opposed to selling to brokers.

The company enables the direct trade of unroasted specialty coffee from Kenyan farmers to American buyers, through online auctions.

When the COVID-19 pandemic shut down much of its trade last year, Zabuni formed “Connections Roasting Development” to sell small-batch, locally roasted bags of coffee.

“We wanted to be that bridge that somehow adds value to farmers in Kenya and provides something special to the customers here,” Njuguna told Nebraska Public Media.

Njuguna, who moved to the US as a student, says he wanted to return to Nairobi after completing his studies but things changed after he met his wife Cora Huenefeld at a graduation party in Bellevue. The two married in 2007 and eventually made their home in Aurora.

“I remember asking her: ‘How did you grow up around here? There’s nothing to do.’”

“Today, I think my wife would leave this part of the world before I would. I love it here. For me, Nebraska values, Nebraska Nice, It’s a real thing...Nebraska adopted me,” said Njuguna.

When he moved to the US, Njuguna hauled grain and later started his own trucking company, moving agricultural supplies.

One day, he asked a local coffee shop owner what she knew about Kenyan coffee and she said it was expensive and that the supply is inconsistent. Njuguna wondered why Kenyan coffee was costly while its farmers are so poor.

This is what inspired him to start Zabuni and he received encouragement from his 105-year-old grandmother, who still oversees a coffee farm. “We knew we needed to try something different,” Njuguna says.

In the Zabuni business model, farmers consign their coffee to the company, which ships and stores it in its climate-controlled warehouse, hence eliminating middlemen.

The company then sells the unroasted coffee in bulk by online auctions, or in-person auctions in its conference room. Zabuni only provides a platform for exchange and links buyer and seller.

“That can be life-changing,” he said.

Good job. This is the kind of brain we need not nonsense of bottom up.

More civic education is indeed more needed to teach the like of you. This is the face of bottom up!

Creating a market for the coffee farmers in Kenya has nothing to do with Ruto’s button-up! As a matter of fact Ruto doesn’t know what is button-up! It is fake politics by Ruto to confuse Kenyans!

What this gentleman is doing is an excellent example of bottom up.

Please, can you connect or give the emails address of zabuni, or try to connect me with them, either phone or email address.

Would someone fact check this story? These numbers don't add up.

What will you do with the numbers? Bure Kabisa.He is doing something good.

@Mkiratu what numbers? do you know more about coffee prices ? so negative but Njuguna life excels while you day dream pity for Njuguna is making a difference not only to the farmers but to all those in the chain

You’re just jealous go and work hard maybe you’ll get there one day. Whether the numbers add up or not he still did it.

Mmmm...so he is still a broker

Go brainy! Thanks for putting us on the map in an honorable way. Kenyan products rock!

Multinationals are a scam that reaps from where they do not sow. They take best Africa coffee and teas then blend with crap and put a new name then sell at high prices.
Buy more crypto!!

..or is it another Kenyan fantasizing after 1,2 many drinks 🍸 🤣 ...recall the fake Seattle PhD holder in some propulsion theory last year.If it true, good job but having read so many fake breakthrough innovations from my fellow country men..I am skeptical

Gold dealers flocking to Rwanda as Kagame opens a processing plant. Africa must process and sell their stuff.