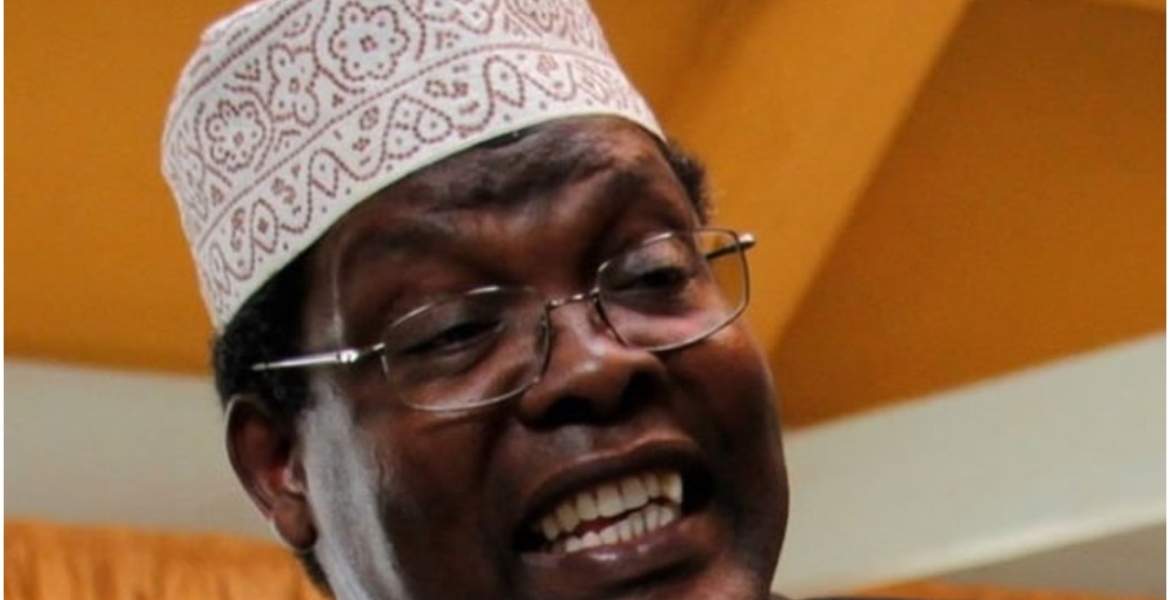 Kenyan-Canadian attorney Miguna Miguna has sued the government ahead of his scheduled return to Kenya next week.

In a petition filed through lawyer John Khaminwa, Miguna wants the High Court to order the government to lift a red alert it issued barring airlines from flying him to the country.

Miguna, who was deported to Canada in February 2018, says he plans to fly into Kenya on November 16th but fears airlines may refuse to carry him due to the red alert issued by the government in January 2020.

“Miguna is a Kenyan citizen by birth and has the right to enter the country any time he wishes. He wants to come back to his country of birth but the red alerts issued by the airlines cannot allow him to travel and return to Kenya,” said lawyer Khaminwa.

The lawyer told the court that a group led by retired Chief Justice Willy Mutunga and Law Society of Kenya President Nelson Havi will travel to Canada and accompany Miguna back home.

He wants the court to issue an order directing the government and all international airlines to allow Miguna to travel back home.

“Miguna is entitled to enter Kenya as a matter of constitutional right and by virtue of several court orders. He has already booked an air ticket to travel from Canada via Germany and France to land in Kenya on November 16,” said Khaminwa.

High Court Judge Hedwig Ong'udi will issue a ruling on the application on Friday.

How does a Kenyan judge enforce his order on a foreign airline in a Canada or am I missing something? I was under the impression Miguna X2 was a lawyer.

He’s suing the Kenya government.
He should also sue Lufthansa and the other international airlines, he can make millions from those company.

@Miguna ur my fun but this crap won’t work.They won’t allow you in their flights because ur a risk to other passengers.Yr big arrogant mouth will put u into shit again.U have fake illegal Kenyan passport which was given illegally by kajwang who is late today.Until u file to regain yr Kenyan passport/citizen they will keep embarrassing you coming iin.Kenya au Kila nchi iko na sheria zake nanilazima zifuatwe.The diasporas maniacs who becomes citizen’s of other countries especially the western folks who wants to bring the western nonsense to our Africa motherland.My fun miguna just do the right thing n Ruto will make you attorney general.

But they took him to Canada.
Are the airlines accusing Canada of hosting Terrorists?

Canadian government needs to sue these airlines for attempting to destroy their Good reputation.

These airlines have a lot of money, let them be sued.

Certainly your fans are the dummies like yourself! You are a fan of thieves too like WSR!

@Kenyan Government, we don't need this drama, even if he actually has a genuine Kenyan passport. And this time, he should not even be allowed to board an Aeroplane, with, or without, Willy Mutunga. This guy is full of himself. When I come to Kenya, I can produce two Passports, as required by JKIA, and IATA. I think that he may have a Kenyan passport, and is planning to produce more drama.

The airlines need to comply with court orders and stop supporting mediocrity from the Kenya government.

These are international airlines, they don’t need the Kenyan market to make money.

Willy mutunga is a sissy fargot! He went to get his wife Miguna!

Why? It’s his constitutional right to be in his country & mark you the rule of law should be respected! After all we have many pseudo politicians within the country already who are full of daily display of drama! Let him come join them.

No one is above the law!

Big MOUTH iguana can be slaughtered like a Chicken by EVIL cartels ,it will be only one day cry

Miguna boarded a flt to NBO, used a valid passport to board, got to NBO, refused to produce the travel passport. Miguna put himself in the no fly list. IATA will not allow himself to board any international flight, unless he can demonstrate willingness to provide his travel documents at destination. It's all between him and airlines.

He should book British airways and delta airlines.
If he’s smart he can be a millionaire from just suing these companies.

It appears he has found a loophole.

Karibu sweet home Miguna×2! If you are a flight risk to Kenya, why are those same airlines ferrying you back to Canada? No one can take away your birthright as a Kenyan.Sue the mediocrity that is running our country and damn give them sleepless night.