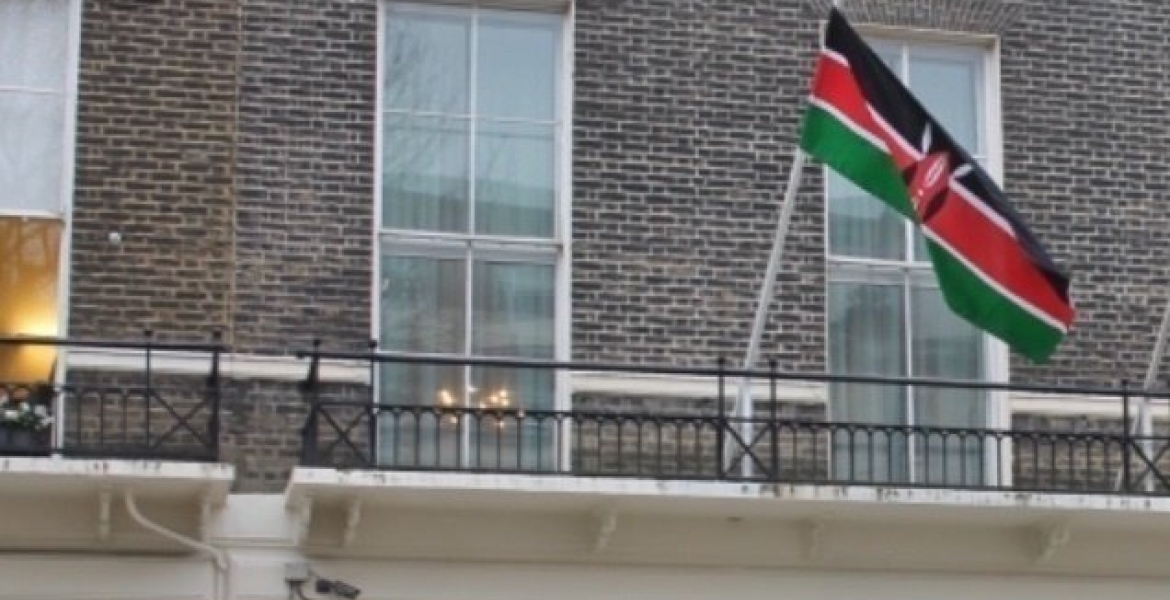 Parliament Budget Office (PBO) wants Kenya to close down some embassies and instead hire foreigners to carry out the country’s diplomatic duties.

The office says the move will not only lower rent, but also reduce the cost of hosting Kenyan diplomats in foreign countries. It argues that despite Kenya having a total of 61 missions spread across five continents, diplomatic representatives have failed to increase the country’s trade in those countries.

PBO says the expansion of Kenya’s presence across the globe has failed to achieve much results given that the destination of the country’s exports remains narrow. For instance, 12 countries accounted for 70 percent of Kenya’s total exports last year.

As a result, the advisory team says the government should consider appointing citizens of those countries to act on behalf of Kenya.

“Honorary Consuls offer an efficient diplomatic channel of increasing a country’s diplomatic network as they are cost-effective than fully-fledged missions because of the lower costs attached to maintain Honorary Consuls as they serve for free and only require reimbursed for expenses incurred in offering their services,” PBO says.

Last year, the Foreign Affairs Ministry said it plans to spend at least Sh5 billion annually for the next 15 years to buy houses for Kenyan diplomats abroad.

Foreign Affairs Principal Secretary Macharia Kamau in a report to parliament said the purchase plan would save the taxpayers more than Sh3 billion spent on rent by foreign missions yearly. He pointed out that a majority of government-owned properties in foreign countries are old, having been acquired in the early years of Kenya’s diplomacy.

“The iron sheet roof and supporting structure had deteriorated extensively and there was evidence of general leakages. Gutters and down water pipes were extensively corroded,” the report said about Kenya’s embassy in Washington, DC.

Better yet use some diasporans for these jobs - I know a few even here who care both about Kenya and people in the diaspora. The know both the communities they live in and in Kenya, have their own homes and since it's unpaid they don't have to put put up with anyone's BS. Imara Daima pengine unaweza kuweka jina lako kwa heshima ya kuwawakilisha Wakenya wenzako ng'ambo na nchini Kenya if this ever comes to pass.

Yeah, let them hire some of our diaspora folks to do the job.

"... the advisory team says the government should consider appointing citizens of those countries to act on behalf of Kenya." Yes, please.

Can't stand the rudeness & slackness exhibited by some of the personnel.

Some lady at d.c office either needs replaced or be invited to join the MCAs in the said etiquette seminar in TZ.

They have started feeling the heat. This big government is not sustainable with taxpayers money .

I wish PBO’s proposal goes through and is immediately implemented starting with Washington DC & Los Angeles offices.These embassies seem to be owned by the staff and have no business to Kenyans in US.Illegal sale of Kenyan IDs(@$50) to willing buyers including foreigners is their main business.But the PBO must also recommend reducing the number of wards/councilors,constituencies/MPs,counties/governments/governors,scrapping of senate,WRs/DGs,all nominated seats and downsizing the useless govt.

Great idea coz some of these folks especially in the DC office are plain rude and incompetent this is the only place where phones, emails go unanswered bure kabisa

Let those Mpigs 1st reduce the number of Parliamentarians and their salaries before going to embassies.Shame on you !!!