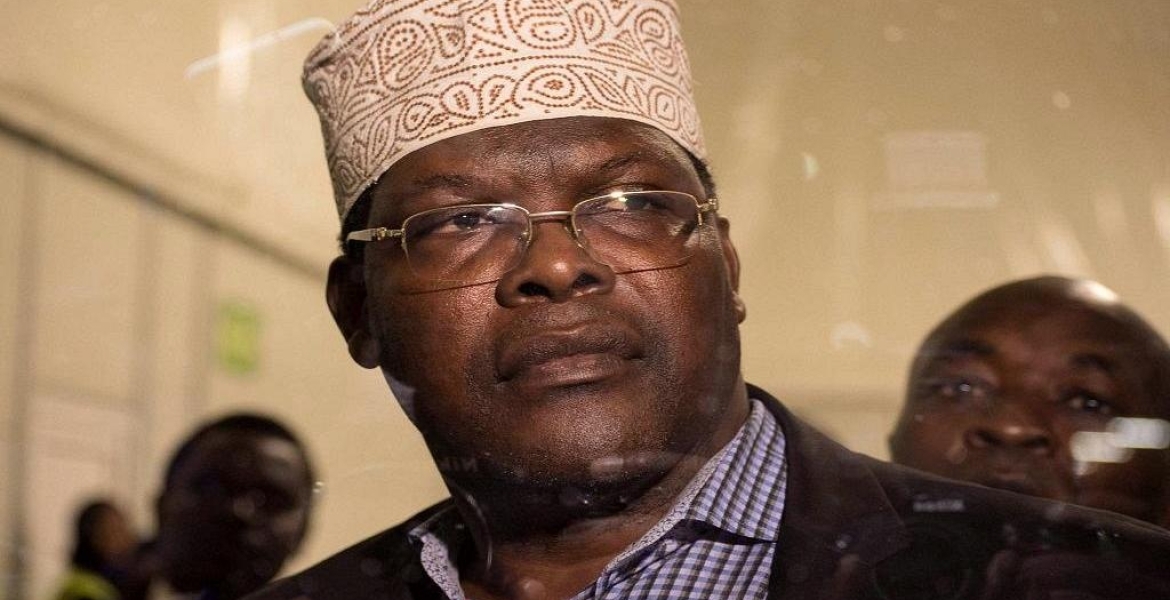 Interior Cabinet Secretary Fred Matiang'i has disclosed what Miguna Miguna needs to do to be allowed back into the country.

Miguna, a Kenyan-Canadian attorney, was deported in February 2018 following his arrest for participating in the mock swearing-in of ODM leader Raila Odinga as ‘people’s president’.

The Immigration Department later indicated that Miguna was illegally in the country, saying he renounced his Kenyan citizenship while acquiring a Canadian passport.

In 2018, High Court judge Chacha Mwita ruled that Miguna is a Kenyan citizen and that his birthright is not affected by him holding a Canadian passport. The judge added that Miguna’s rights were violated when they deported him and awarded Sh7 million as compensation.

Speaking during an interview with NTV on Sunday, CS Matiang’i noted that Miguna only needs to fill out a one-page document for citizenship re-registration, which will allow him to return to the country.

"When that gentleman (Miguna) was here, one of our senior counsels called me and asked if I can try and sort the citizenship for this man but I have no powers under the law, he himself said under the result of the ruling he will have to fill that piece of paper."

He insisted that Miguna lost his citizenship due to the requirements of the old constitution, which did not provide for dual citizenship.

"We have opened immigration offices across the world even in Canada...what is it that's so difficult in filling this one-page piece of paper?"

Miguna has been blocked numerous times from going to Kenya. Why isn’t he allowed then to use the traveling papers he currently possess then he can fill out the rest when in Kenya? Matiangi, Kenyans are not stupid. They are keenly watching.

Assita usituchukue wana. Double MM knows he can travel with his Canadian papers anytime but chooses to push his narrative that he must be allowed in with his expired KE passport. Hata mimi siwez.

Read that clearly, he is a CANADIAN citizen as was defined in the old constitution! Miguna has not provided recourse why he cannot enter Kenya with a valid passport by simply applying for one from where he is domiciled! He is just a big headed clout seeking fool who think by standing his ground he gets the sympathy from folks like you, including political expediency in promoting his so egocentric and selfish eating with the other UDA thieves!!!

Why is the trying to determine Miguna's citizenship? It has already been addressed by the Kenyan courts. I'm not a fun of Miguna, but Matiang'i should return to the court if he is not satisfied by the court's decision.

This Little Girl call Miguna×2 will throw tantrums until they change his diaper and give him a perciferyer.

Just grow up and fill the paper you little cry girl we will get a Doll after that.

He already has a one-page document. It's called birth certificate of Kenya, you dumb shit!

You cannot enter Kenya or travel and enter any international jurisdiction with a birth certificate FOOL! Educate yourself on IATA and IAFTA laws!

We're not talking about entering or leaving Kenya my friend. Miguna was physically kicked out of the country. You didn't know that Mr. high IQ?

The corrupt wakora network of Kenyan judges tried to illegally push Migunax2 through the backdoor of the same courts that he is claiming the government disobeyed. Wakora should refrain from corrupting our only hope, the justice system.Why should Miguna be treated preferentially above other diaspora that had to fill out Form 2?

I have tried to get this dual citizenship. lakini wapi. Its not that easy.