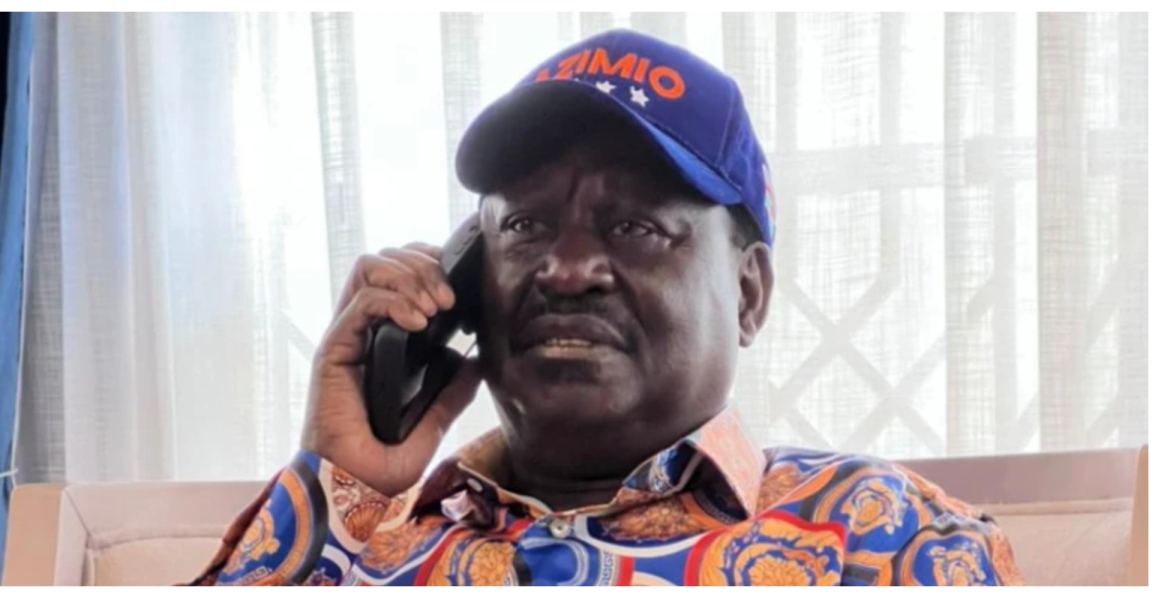 In the United States, there were three polling stations at Kenya Consulate in Los Angeles, Kenya Consulate in New York, and Kenya Embassy in Washington DC, with a total of 528 votes being casted. Raila got 393 votes (75 percent), Ruto (132 votes), Mwaure (1 vote), and Wajackoyah (2 votes).

In the UK, 581 voters participated in the presidential election at the Kenya High Commission in London with Raila receiving 64 percent of the votes (373) ahead of Ruto (198), Mwaure (5) and Wajackoyah (5).

512 Kenyans cast their ballot in the United Arab Emirates (UAE) where there were two polling stations at the Kenya Embassy in Abu Dhabi, and Kenya Consulate in Dubai. Raila got 273 votes (53 percent), Ruto (223), Mwaure (4) and Wajackoyah (7).

In Germany where Kenyans voted at the Kenya Embassy in Berlin, Raila garnered 115 votes (51 percent) out of the 224 total votes cast while Ruto received 104 votes (46 percent). Mwaure and Wajackoyah got three and two votes respectively.

In South Africa, 445 Kenyans cast their ballots at the Kenya Embassy in Pretoria with Raila receiving 320 votes (72 percent) ahead of Ruto, who garnered 121 (27 percent), Mwaure got three votes while Wajackoyah received one vote.

In Rwanda, Raila gained 150 votes, representing 62.7 percent of the total votes cast, Ruto came second with 81 votes, while both Mwaure and Wajackoyah received 4 votes each. 239 voters cast their ballot at Kenya Embassy in Kigali.

97 Kenyans voted at the Kenya Embassy in Bujumbura, Burundi, where Raila got 75 votes, Ruto 21, Mwaure 0 and Wajackoyah 1.

Results for Uganda and Qatar are pending.

At this time, there is no need for piecemealing. The media houses are rotten to the top. They have access to 98% of the results, all on form 34A, but they have refused to release the results to the Kenyans. They have failed on their duty to inform. Now we have to wait for Chebukati to complete his math, while Nation, Standard, RMS, etc. already have the results. Information delayed is information denied.

When you have the tabloid journalist in every corner of media houses, you get mediocre results. It is now in full display and the minute these houses realized their results are not synchronizing, they still continue. IEBC should be the only one displaying results at this point!

The mainstream media houses in cohorts with the corruption ridden government of Uhuru family and cronies, MARTHARAO and of course Uhuru himself are all busy colluding how to steal the election of WSR.
YOU CAN TAKE THAT TO THE BANK!

@imkgogo this media guys are working under difficult conditions as they must write as their employers wish.A good example is Royal media services journalists who a whole year were forced to campaign for muuaji Raila by Kamau,the owner.He was not even ashamed that his stations have misled Kenyans for the past 24 hours.The guy plus some 50 Mt. Kenya elite gangsters must pay savage Raila protection fee to evade taxation.But they forget there is tomorrow which has unexpectedly arrived.

Ruto has won with 7.1 against kitendawili 6.9.
It’s completely done n iebc have 7 days to declare the winner so hawanjachelewa.Finally mganga has gone home.