Another Kenyan Woman in Saudi Arabia Cries Out for Help 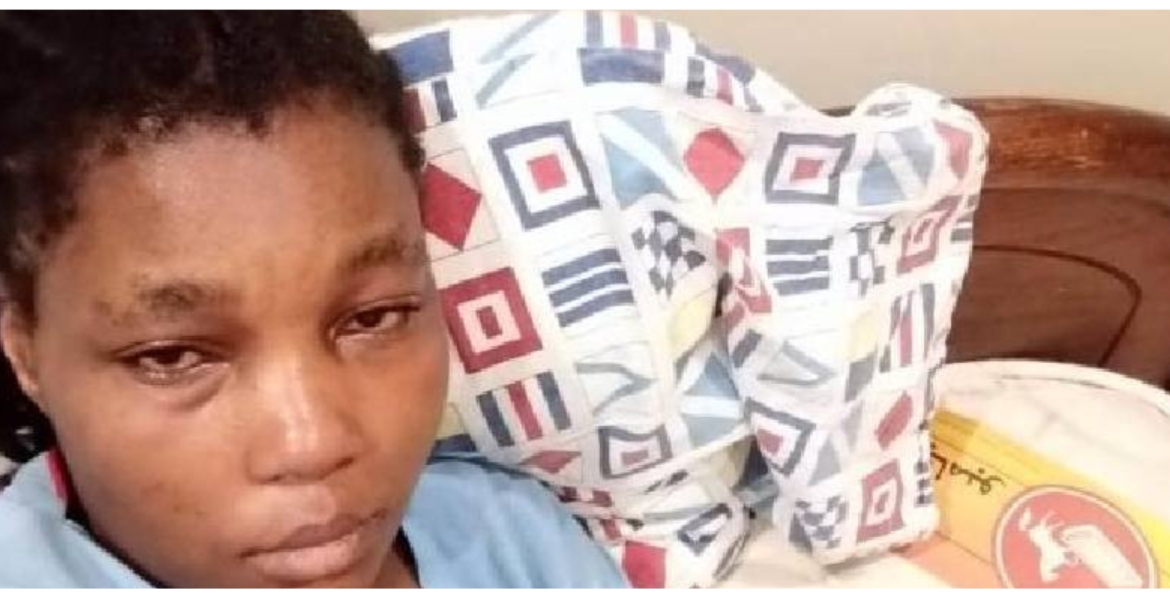 A Kenyan domestic worker in Saudi Arabia is appealing for help to go back home, citing mistreatment by her employers.

Elizabeth Wanjiru, who hails from Kahuho village in Kinangop, Nyandarua County, says her employers have been assaulting her, and efforts to get help from the agency that facilitated her travel and employment in the Gulf state have been in vain.

“I can barely walk but my employer says I’m pretending. All I’m asking for is to be flown back home,” Wanjiru appealed in an audio clip.

The 34-year-old, who left the country three months ago, says her a Kenyan colleague whom she worked with managed to escape, leaving her locked in the house.

On Wednesday, her aunt Mary Wangeci appealed to the Kenyan embassy in Saudi Arabia to come to Wanjiru’s rescue, saying that the family fears she might die there.

“Even communicating through phone is a problem; all she can do is record her voice and send it to us. Many of these women are pushed to those countries by poverty and the situation is worsened by beastly employers who end up abusing them,” she said.

Her case comes days after another Kenyan woman Diana Chepkemoi was rescued from her cruel employer in Saudi Arabia following protests by Kenyans after photos of her looking sickly and weak went viral on social media.

Diana, 24, had traveled to the Gulf state last year in search of greener pastures after deferring her studies at Meru University due to financial problems.

Speaking after arriving in the country on Tuesday, the lady said her woes began the first day she arrived at her employer's home where she was subjected to ill-treatment and mental torture.

"The first time I arrived there I had a problem with her. I reported the matter to my agent but instead of helping me he swept it under the rug and from there my boss knew he can do anything to me. She told me that she bought me and she can do anything she wants with me," Diana told journalists at JKIA.

While pleading with the government to urgently address the plight of Kenyan migrant workers in the Middle East nation, Diana termed her case as a tip of the iceberg, saying her rescue was only by luck.

"If I can just be honest, my case was just the tip of the iceberg people are suffering there…People are mentally and psychologically tortured. It is a shame that they often tell us there is nothing we can do. Some have even forgotten their names. They have forgotten where they came from,” she added.

Uhuru, Uhuru! please fix this problem before you hit the door. We know that this slavery problem started before your regime, but only got worse during yours. So, the back stops with you as at this time dude.Please, please.

Nope!!! It's their Own fault. One Relative of Mine was Warned about Going to the Gulf but She big Headedly went there and Ended up in Jeddah, Saudi Arabia. Nb: We buried Her not Long ago.
Note: No matter How much You warn These damsels😛😜😝, The don't LISTEN!!!

Hey @ MsonoBari, they are "forced"to go there by dire economic conditions in their lives.I liken this situation to that of africans dying in the deadly mediterranean sea in attempt to reach greener pastures.Yes they take the risk. The problem I have is the lack of the world coming together to condemn this atrocities perpetrated by the Arab slave owners. If we detest,and condemn genocide,we should also condemn "Monocide" in equal measure.Human beings of goodwill shall be accused of complicity if the sit silently in the midst of these atrocities.What say you?

Its getting out of hand!.Trafficking, The two government got to get involved on this ..

I think it's a mindset. Most of the employers have a mindset about the Kenyan "slaves" they pay for. Most Kenyan girls and boys think they can withstand anything their employers put them through only to find that things were easier back home. This happens everywhere America/ Europe to a certain degree, just that some countries in the west are bound by the same international labor laws they took part in creating but unyama ni ule ule. Kwanza they fear strong outspoken Africans. Unfortunately nothing will change in this government if there is rampant unemployment and corruption. If Roto was mum about this issue while he was still in government, what the hell do you expect when he's now heading a govt?