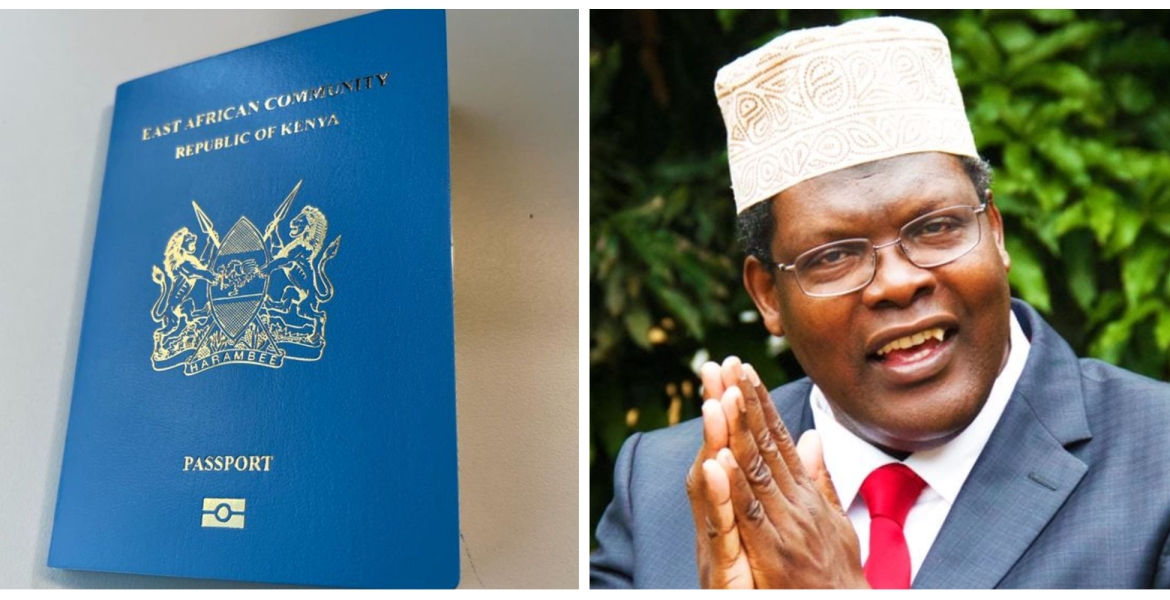 Kenyan-Canadian attorney Miguna Miguna has been issued a new Kenyan passport, setting the stage for his return to the country following his deportation nearly five years ago.

Through Twitter on Tuesday, Miguna said President Ruto ensured the processing of his passport without filling or signing any documents as previously directed by Interior Cabinet Secretary Fred Matiang’i.

“1687 days after Uhuru Kenyatta, @RailaOdinga, Fred Matiang'i, @Karanjakibicho and @GKihalangwa CONSPIRED to illegally SEIZE and DESTROYED my Kenyan Passport, President @WilliamsRuto has had a new one DELIVERED to me. Waiting for the LIFTING of RED ALERTS,” Miguna wrote.

“I didn't have to sign the silly forms they were speaking about.”

Last week, Miguna said he will announce his return date after Ruto promised to lift the red alerts blocking him from flying to Kenya as well as renew his passport.

Ruto, who assumed office as the country’s fifth president on September 13th, promised to facilitate Miguna’s return to Kenya once he ascends to power.

Miguna was deported to Canada in February 2018 following his arrest for taking part in the mock swearing-in of ODM leader Raila Odinga as ‘people’s president’. The Immigration Department later said that Miguna was in the country illegally as he renounced his Kenyan citizenship while acquiring a Canadian passport.

In 2018, Justice Chacha Mwita ruled that Miguna is a Kenyan citizen and that his birthright is not affected by him holding a Canadian passport. The judge ruled that Miguna’s rights were violated when they deported him and awarded Sh7 million as compensation.

Who is fooling who? To get the new pp you have to get your biometrics taken. You want to say Miguna did not have his finger prints taken & his photo.

They had his information already. He was only denied entry previously for political reasons.

Look at the passport it's the new one. So biometric must captured. Also MM must have signed somewhere. In normal circumstances if you are in Canada pp will take least a month

They destroyed the old dark blue pp. This is the new East Africa Community pp. A very different animal.

Can he show the date when the new pp was issued?

I don’t like Miguna. However, this is only right and I have to commend Pres. Ruto for this. Kenya needs to be a country of laws if we’re to get anywhere. You can’t just get along with those that agree with you. That’s not democracy.

Miguna is a typical Kenyan tumbocrat.

He’s not a leader. That’s why Luo’s can’t follow him.

Unlike the brutal dictator Mulevi wa Njohi, our president cares about our country, democracy and rule of law, and the sovereignty of the People! Let’s go Bill!!!

Governments hate outlier politicians like Miguna Miguna, Julian Assange, and Edward Manning. The latter run for office and managed a meagre 6% of votes. Miguna will come back, make a lot of noise and end up in permanent political Siberia.