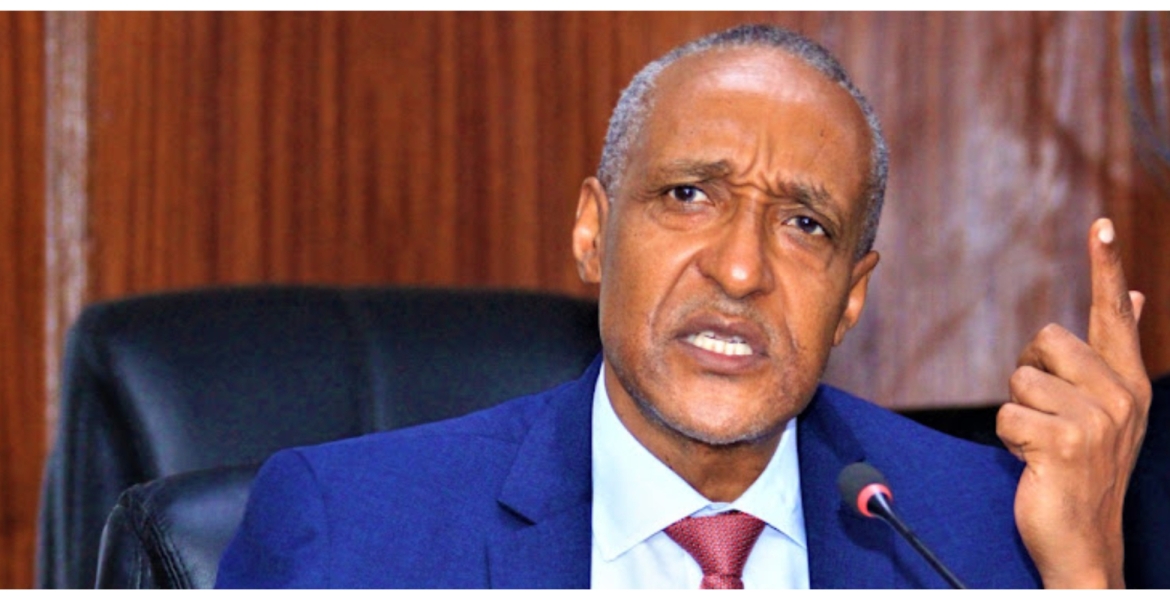 Foreign Affairs Principal Secretary Amb. Macharia Kamau has blamed the mistreatment of some Kenyans in the Middle East on their lack of subservience to their masters as well as cultural differences.

Kamau says Gulf states such as Saudi Arabia have what he termed as “ancient traditions" that call for submission which is generally not found in Kenyans.

“In a country like Saudi Arabia we are facing a special challenge…There are some places where, culturally, the kind of obedience needed in some jobs is not the obedience you find in Kenyans, so sometimes our people will not be so subservient, when they go to these countries under contract in places like Saudi Arabia where their traditions around housework are very ancient,” Kamau told MPs during an induction workshop in Nairobi.

He further pointed out that mistreatment cases are minimal and only confined to domestic workers, insisting that over 100,000 Kenyan migrant workers in other sectors have had a good experience in the Middle East.

“The people who suffer terrible beatings and abuse are people who are of that category; house helps. But in that same country where we have over 100,000 Kenyans working in different capacities; in hotels, transport and taxis, we have no problem,” he added.

The principal secretary stated that the Kenya diaspora's “exciting and positive” experience should not be overlooked due to the few negative stories.

“We have millions of Kenyans in the diaspora. We have over $310 million a month coming from the diaspora. Our diaspora experience is an exciting and positive experience and it is very important that we never lose sight of this,” said Kamau.

“I say this because of the number of unfortunate stories – and they’re tragic, we’ve had deaths between 80 and 100 every year – but against the 3,4,5 million people in the diaspora, it is the kind of death that you would find at home anyway.”

He was responding to queries by MPs about the welfare of Kenyans working in the Middle East amid rising cases of mistreatment and even death among migrant workers.

“We have to ask ourselves; are we exporting the right category of personnel and do they have the right capacity and training to understand that culture before they leave and work there? I urge you to be careful that as we deal with this problem, we do not destroy this amazing opportunity we have for jobs for young Kenyans in the Middle East," he said.

Not submissive enough so kill them?

We have millions of Kenyans in the diaspora. We have over $310 million a month coming from the diaspora. Our diaspora experience is an exciting and positive experience and it is very important that we never lose sight of this,” said Kamau.
This fool is delusional. Like I had stated before, all these fools care about is the remittances from diaspora.
He needs to focus on SAUDI ARABIA, that's where all the murders are happening.
SO, WHY WOULD YOU GO TO THE HOSPITAL JUST BECAUSE YOU BROKE YOUR FINGER? YOUR OTHER BODY IS STILL IN GOOD SHAPE.
I. The same analysis, treat the wound that's bothering you.

Oh God! May the 80-100 annual deaths come from your family and backyard. There should be no death at all. I thought this man left with Uhuru.

PS Macharia, areyou out of your mind for real? Bure kabisa.

Where is this fool from? He has the mentality of the old colonial chiefs. Somebody should sit him down and talk to him about racial pride. The language he is using, masters, submissive, subservient are straight from the Jim Crow era in the US.
But still, how can a CS be this stupid?
Another thing, it's not because they are domestic help, it's because they are black.
Bwana CS, try walking in their cities without your expensive suits and bodyguards. They will hurl mafi at you because you are black.
So, try and educate them to respect people irrespective of race or color.
Until then, stop sending young women to those places.
Before I forget, learn to respect yourself and develop self respect and pride.
Fool.

Those are not jobs.Submissive to what.Start by sending your wife and kids to these places before you open your mouth.Over 100 people have died others maimed yet you continue to send more people instead of addressing the problem you are blaming these women who find themselves trapped.You need to be fired and the new administration surely can find a bodaboda or cook to replace your clueless ass now that hustlers are landing big jobs in this new government

Amb. Macharia Kamau needs to be fired like yesterday.

Mr. Macharia Kamau, even your language of slave and master is outdated.
The death of one Kenyan is one death too many.
Those of your kind are retiring. Let those who know what blacks and Kenyans have gone through take over from those who have taken a life time slumber to the issues of black man around the world.
We are moving forward towards a world of peace and tranquility.
It's time for retirement for those who are inhumane and just looking at how much they make from committing their fellow man to slavery.
If you have nothing good to say, don't say it. You will just hurt yourself and your masters!!
For you, retirement is calling!!

https://www.youtube.com/watch?v=caELwu0F-Qo
This is the source of mistreatment of domestic workers in Saudi Arabia.
Iam proud of these Kenyans standing their ground in the midst of mistreatment from their slave masters. Kamau deeds to decolonized his mind.Nobody deserves to be mistreated.These Kenyans working there are not fools or stupid.They know when their labor rights are being infringed upon.They know when they are being over worked.And above all,they know when they are being abused.
This arrogant Kamau needs to apologize to all suffering sisters in Saudi Arabia for giving the slave master justification for inhumane treatment of domestic workers,who are black.
I wish there is enough backlash from his overbearing attitude,and words to force him out of office. Would he sound that way if the mistreatment,and complaints where coming from his daughters,or his mpango wa kando?I say NO.

The statement he made is sickening. Abuse is real in Saudi Arabia and other countries! But they have taken abuse to another level. He needs to apologize to kenyans for his remarks! BURE KABISA.

Among murderers like criminal Matia, this moron should be the first one president Ruto should send packing back to the villages!!!

Submissive? To submit to be raped, abused, maimed, and killed? When you hire such morons, fat rich brats, who have never tasted poverty, like Uhuru, thats what you get. May one day a member of your extended family go through it so that when making arrangements for burial, or body repatriation or search for your missing person. Just who hired this moron?