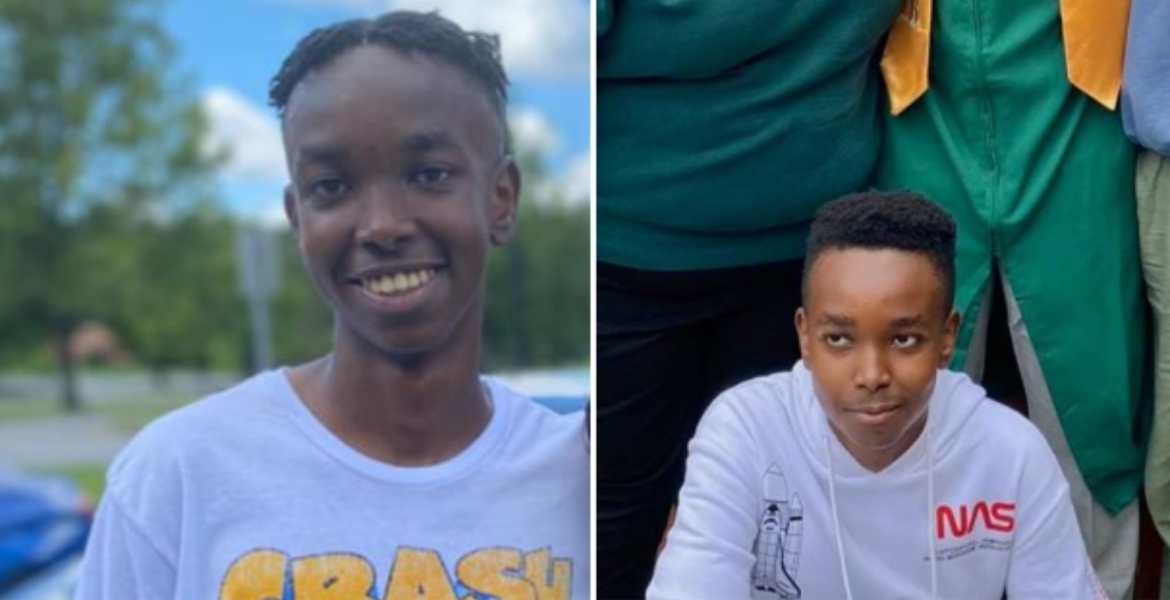 The family of a Kenyan teenager who was reported missing in the US state of Georgia has organized a search party on Saturday after the vehicle he was driving on the day he disappeared was found.

17-year-old Yaron Kathuri was last seen in Douglasville, Georgia wearing a white NASA hoodie and black pants, and driving a gold color 1998 Lexus ES300 GA tag RKH0784. His phone is currently switched off and he has not been in touch for several days.

The family announced that the car was found on Friday abandoned at a parking lot not far from I-20 in Douglasville.

The search will be conducted around the area where the car was recovered from 9 a.m. on Saturday. The team will gather at Kroger parking lot on 3875 Chapel Hill Rd Douglasville 30135.

“If your time and schedule allows, we would be certainly honored by your participation,” Yaron’s father Andrew Kathuri appealed.

As a parent I feel the pain.
The raising of kids actually starts once they hit the teen years. Unfortunately, we live in countries where even using a belt is a taboo. I almost went to jail for spanking my son at a store, but one good police officer saw my point. Now my son is Medical doctor. I am an old school fool. Sometimes as parents we can't be cowed into this BS of allowing kids to do what they want whenever they want.

What does this issue have to do with anything or the teen's story!

Sounds like a run away teen. I pray he will be found safe wherever he is.

He looks a Damsel; a Delicate and Risky thing for Foreign men in America.

You must be SICK!

If what I have gathered online is correct, that the teenager was depressed and suicidal, and that his last cellphone ping was around lake Douglas, then divers should mop up the lake just to clear up the air! The cops should have some pointers by now! I hope it’s just a runaway juvenile!

This country is not for black boys and girls. Better to have your boy at Kiamathage Mixed day school and have him alive and well.