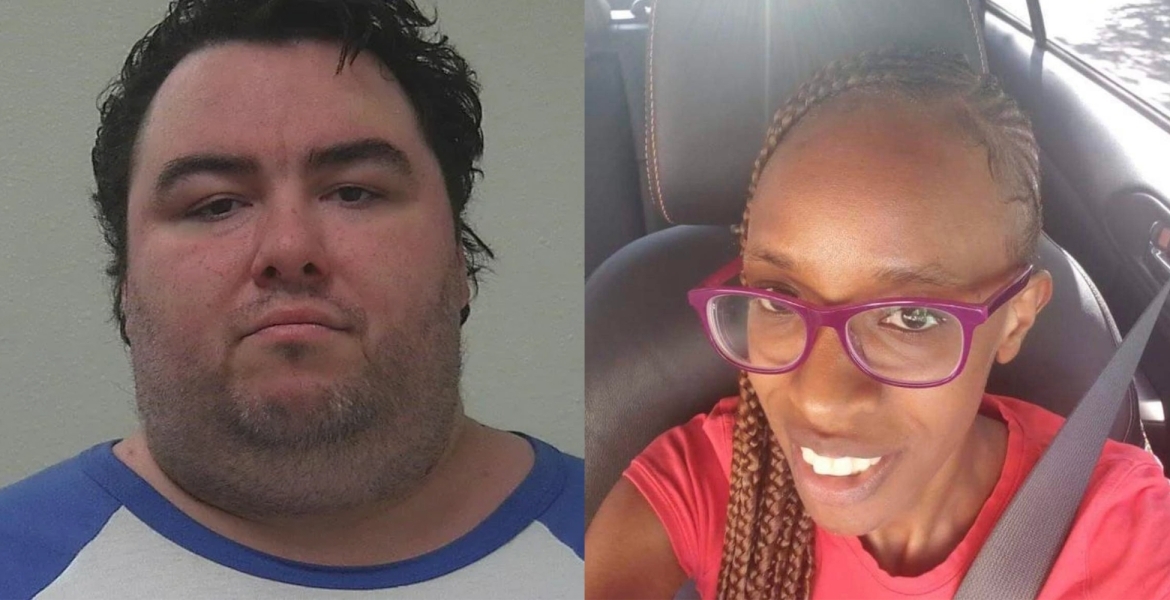 An American man accused of stealing from a bank account of his missing Kenyan girlfriend is headed for a potential 10-day trial.

Nathan Hightman appeared in the Campbell County Courthouse on Wednesday for his pretrial conference on five felony charges, among them two counts of theft, two counts of crimes against intellectual property and unlawful use of another’s credit card.

The 39-year-old was charged in May last year with three felonies related to financial crimes against his girlfriend Irene Gakwa including transferring more than $3,600 from her bank account and maxing out her credit card.

The other two counts involve crimes associated with changing her banking password and deleting an email account. He denied all the charges and was released on a $10,000 bond.

Citing the “magnitude” of the case, County Attorney Nathan Henkes and Hightman’s public defender Dallas Lamb requested the judge to set a 10-day trial, rather than the five trial days tentatively scheduled to begin on February 6th.

Lamb said that a pre-trial motion that would affect scheduling may be coming before the trial occurs.

Henkes said the motion Lamb files could impact where and how the trial is held, adding that finding a jury may be difficult when controlling for neutrality and pre-trial exposure to the case.

In Wyoming, a trial may be transferred outside of the county if the court finds enough prejudice against the defendant within the county that it decides the defendant cannot get a fair and impartial trial there.

Gakwa, 33, has not been heard from since February 24th, 2022 when she had a WhatsApp video call with her parents who live in Nairobi, Kenya. She emigrated to the US in May 2019, hoping to launch a career in nursing and first settled in Idaho, where she lived with her brothers Chris Munga and Kennedy Wainaina while attending classes.

Wainaina and his brother Munga reported her missing to the Gillette Police Department on March 20th, 2020.

Kenyan women and their “wazungu”. Look what fat f*** did to her. SMH

Your comments are insensitive, reckless, lacks taste and portrays you as a jackass human. I know this family and what they are going through. It saddens me to see your comments, and more importantly the crushing feeling the family will have after reading your nonsense

But, isn't it the sad truth though? Whether you know the family or not does nothing to minimize the truth; it is indeed true that WAKENYA or simply black African females are simply enamoured by a MZUNGU!

It is not until a MZUNGU akuume vizuuuuri na luckily uepuke kifo then, it is better ukae kando tu. Hawa wanyama wazungu ni shetani and, kinda Njeri na Waangui na Wangeci and the rest of you gals must steer clear like they would from a rattlesnake!

Meant to say isn't the truth sad?, among several other grammatical errors that am just now catching while re-reading.

Yup, focusing all your body, strength and soul onto the Holy Spirit will bring about the revelation of Jesus Christ himself!

Also, refuse to get shocked by anything you either see or hear in this world for we live in a fallen world, a world ruled by Satan.

This lady had family. My question is, why, why, why, abandon your brother eti to go hibernate with a MZUNGU? Why, if not for the MZUNGU fever?
It is somewhat understandable if she had zero family, zero connection like many unfortunate people have been forced into unhealthy situations due from a lack of support. She was quite close to her dad, mom, siblings. Why go to online to a total strange specifically searching for a MZUNGU were it not that obsession with a MZUNGU, knowing very well you were in the wrong for you choose to keep your people in the dark?

Different side of things:

Think about Bill Chemirmir, the infamous serial murder, who pried on the elderly women. He had a wife. A child. A huge network of family members in Dallas Texas yet, he choose the dark lonesome life. Yes he did!

These are two cases I have so far been battling with and still no answers.

They had family support, with hefty resources, not poor st all, yet choose to lonesome dark route! Why?

Why Chemirmir? Why Irene? Why? Why?

Unlike your cases,quite a good number of people worldwide do not have these!
You did but, somehow got blinded to believing that the grass was greener elsewhere. Poleni!

It simply must have been their destiny for nothing else can explain this.