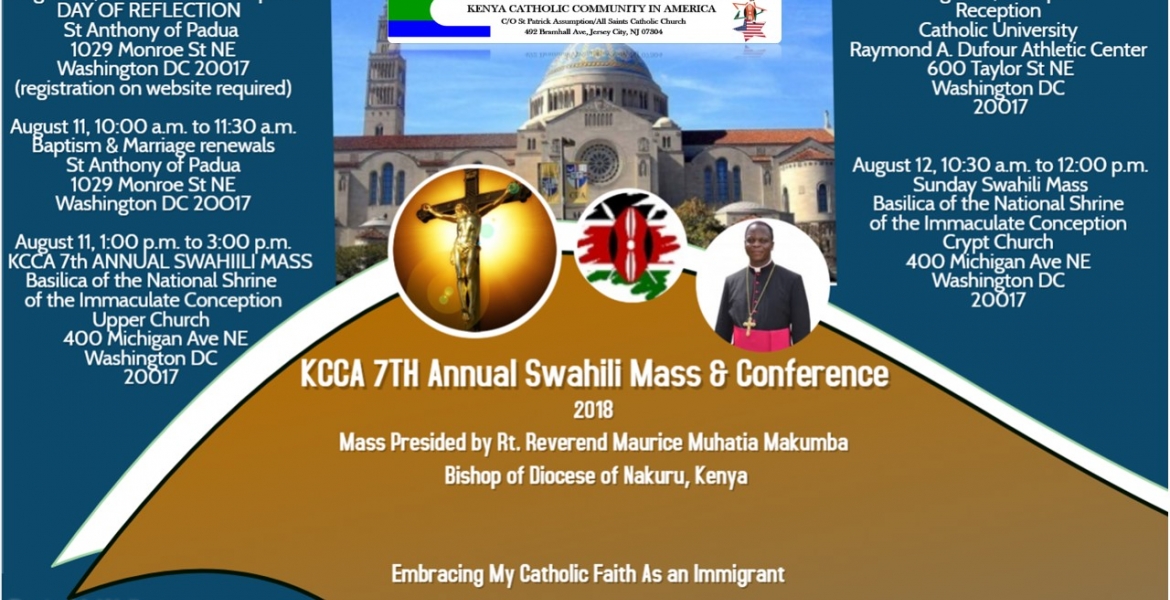 This year, KCCA is partnering with Jumuiaa ya Saint Francis (a Washington, DC baed, faith community of Catholics mainly from the East African region) to host the 7th Annual  Swahili Mass at the Basilica of the National Shrine of the Immaculate Conception, in Washington D.C., on August 11 at 1:00 p.m.

Following 6 successful annual Swahili Mass attended by thousands of people from various states in the USA, there is a need and interest in taking advantage of group gatherings to foster deep prayer and meditation. With this in mind, KCAA has augmented the program to include a 3 day retreat for the first time, in addition to Holy Mass officiated by Rt. Reverend Muhatia Makumba, a visiting Bishop from Kenya.

Theme: Embracing My Catholic Faith As An Immigrant 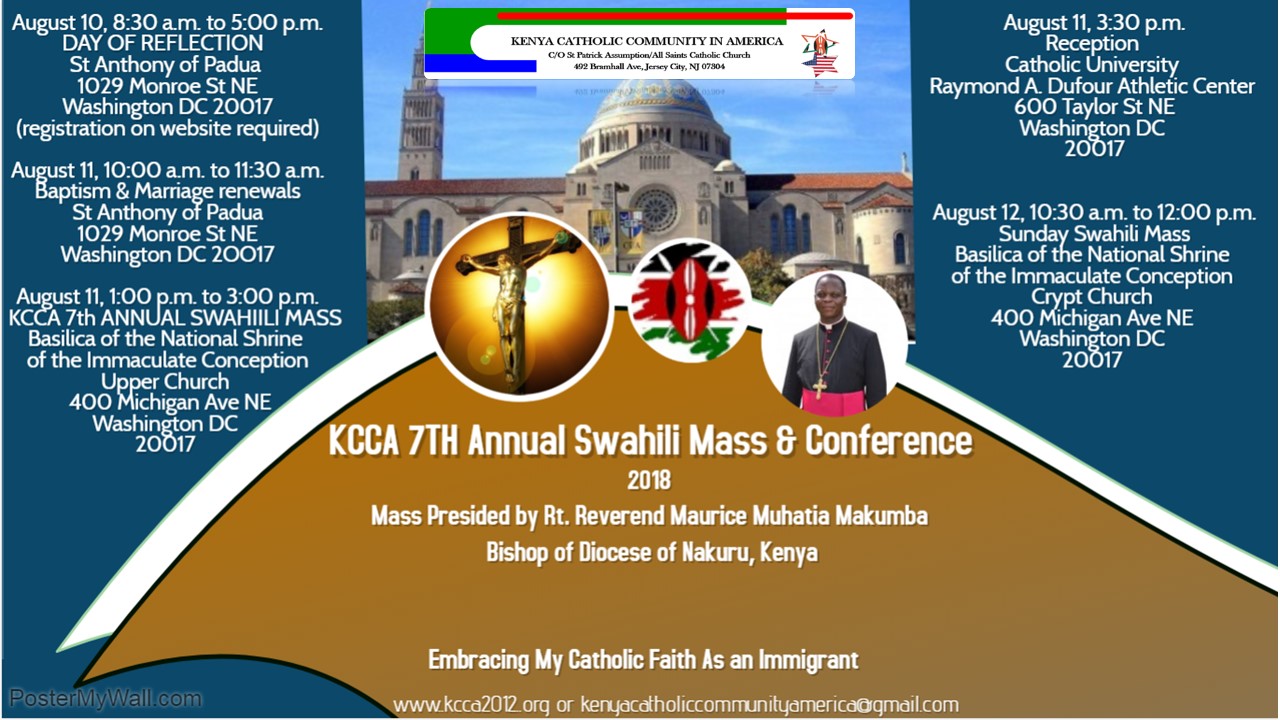 How about you discuss the role of the Catholic church in accepting looted funds in fundraisings.