Nigerian Nationals Decry Harassment and Extortion by Police at JKIA 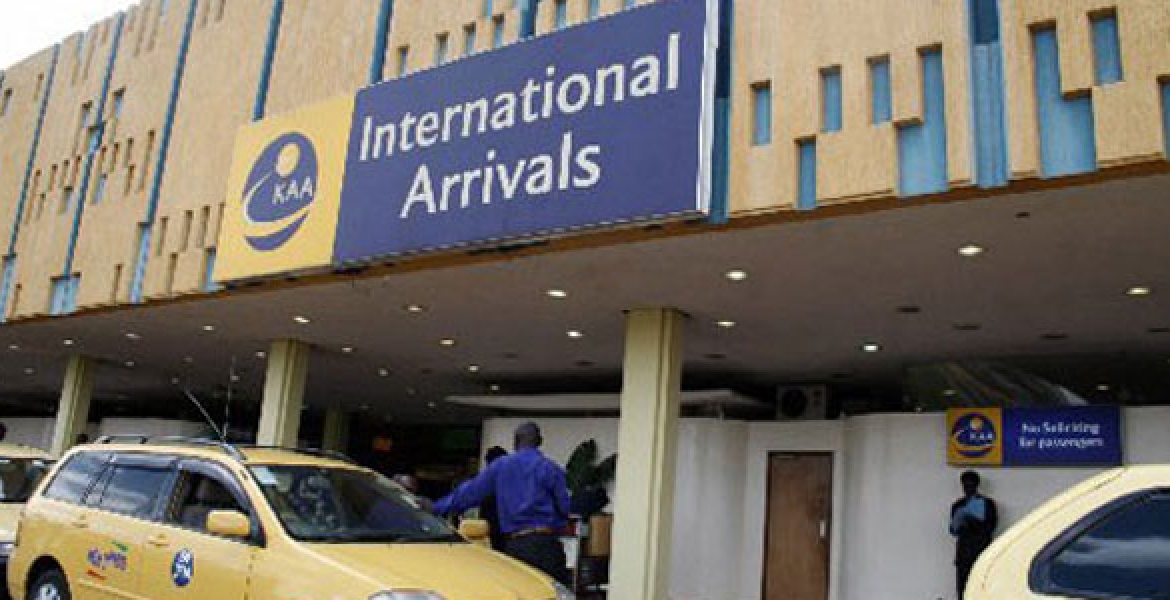 Nigerians have taken to social media to decry what they termed as harassment and extortion at the Jomo Kenyatta International Airport (JKIA).

Through Twitter, several Nigerian nationals shared their nasty experiences, saying they were profiled by police and other officials upon landing at the Nairobi-based airport.

One of the Twitter user identified as Eshemoha claims he was taken straight to a police station where he was searched for narcotics before being asked to part with a $50 bribe.

“Landed in Nairobi and first thing na police station straight! Guy literally saw my passport and asked me to step aside. Delayed and searched me for narcotics after I refused to part with 50usd,” Eshemoha tweeted.

Another user Bamsi Beyrek says he received a similar treatment and had to part with a $20 bribe.

“Na their way. First time too, I negotiated and parted with $20. I was fasting, slept in the office the previous night working and I just wanted to go to my hotel, eat and sleep. So I just cut my losses and gave the werey $20,” he wrote.

Alex, also a Nigerian, claims he was victimized for being in possession of a Louis Vuitton bag and wristwatches. He was let go after paying a $100 bribe.

“Was there last year. Same situation. What’s my crime? I had a Louis Vuitton bag and some brand name wristwatches in my bag. They told me straight to my face that’s the reason they are holding. Gave them 100$ usd and was set free. This is a place I have visited a lot. Still love em (sic),” he tweeted.

Godfrey Nwanekah wrote: “I was held for close to three hours before one of them asked me to pay $50 so i wont miss my connecting flight, i had to give them €20 just to allow me to leave. I no longer fly through Kenya, i rather fly via Doha etc. The officials have perfected harassment & extortion.”

“Honestly kenyans are the nicest people I've been with… But that their police is the only issue, they specifically look for Nigerians to harass and forcefully collect bribe from,” Douglas tweeted.

Oladapo M. Dalumo posted: “I was on an official trip with my colleague, he was arrested at Jomo Kenyatta Airport Nairobi cos he was wearing a gold chain. By the time he was released he was sad cos of what he saw while with the immigration guys. Our boys no dey try at all!!!”

“I had a similar experience in Nairobi. I was asked to give 100USD, it didn't make sense to me cos I did nothing. I was taken to the police office and delays for over 90 minutes. Only Nigerians were arrested,” Osilojo Opeyemi said.

I am sure all law abiding Kenyans condemn mistreatment of any person,and with equal measure abhor corruption.It is unfortunate that Nigerians appear to have been singled out for whatever reason,but truth be told, they are suffering for the "evil deeds" of their country men and women.Their international image has been tarnished by their"brados and sistos"in drug,and scam business.
Yes we cannot not paint all Naijas with one broad brush,just like they should not accuse all Kenya police of bribe,and mistreatment.
My bradas should take comfort and consolation in the knowledge that Kenyans suffer the same fate.I have been forced to bribe at the JKIA before,but that was awhile ago.Since then,things have improved alot.Last year despite corona disruptions,I was impressed with the service and treatment at the airport.

Well, how are we to know that you are a good Nigerian? If 1000 snakes came to your door, you knew 10 to be good snakes, but did not know which ones, do you open the door and hope that the good snakes will stop the bad ones? Or do you just lock them all out? (Stolen). My point being, it is hard knowing a good Naija broda. Don't cheer thieves and drug barons calling them oga et al, then we can talk. I know, Kenya is getting their too unfortunately

I hail Kenyan Police for demanding bribes from Nigerians. The Kenyan Policemen who did that are patriots. If you are a Nigerian reading this article please do us a favor, tell other Nigerians not to come to Kenya. Kenyans don't want Nigerians in their country and so do many other countries. Nigerians are evil and only go to other countries to commit crimes. The money Nigerians have is ill gotten. It's money earned from scamming elderly people. Down with evil Nigeria, down with Nigerians. Nigerians will lot in hell!!!

Nyani hajioni kundule huliona la mwenzie.Al Shabaab’s Yusuf should first explain why they(Muslims) believe in killing non-Muslims or those who don’t know Amina is Mohamed’s mother.If you are not one of them,stop blaming all Nigerians.

South Africa already gave them their medicine. Let them stay in their own country.

Stupid. These are Africans. Don’t be stupid. Nigerians should be treated in a respectful manner, as all Africans should. SMH. These police are so embarrassing. I’m Kenyan and got asked for a bribe by an immigration official. That’s ridiculous.

This is unfortunate but it is the international perception of Nigerians; guilty till proven otherwise.

It is understandable ,and regrettable when one suffers for the sins of his or her country men,but the corollary is the good name and preferential treatment created by their other well"behaved siblings" is enjoyed,and embraced nationally,if not internationally . You take the Yin and the Yang in equal measure...sort of.Not all Kenyans are long distance runners,but we collectively enjoy the fame brought forth from that.And we collectively suffer the embarrassment and shame brought by our brothers and sisters behaving badly,such as raping,and trying to out do Naijas in scams...
It not personal,but national.So when naijas complain about mistreatment brought about as a result of their bad name,they should equally,and openly castigating their errant bradas,and sistas.In fact more so on the later.

Some Kenyans hypocritical hit towards Nigerians like describing Ruto as more corrupt than Raila and Uhuru.Remove the log at your eye before you see your brother’s.I have even heard magistrate Wangari Karua Njoka barking others as corrupt forgetting that Adultery is No.1 corruption.