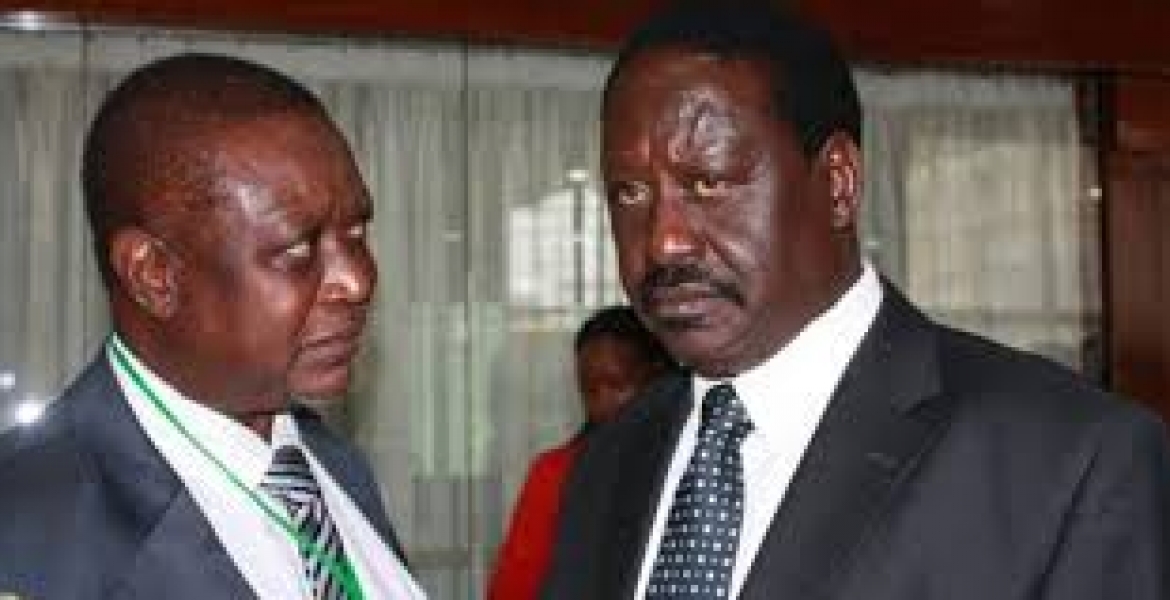 Oburu had rejected the announced final results which saw Ochanda declared the winner after garnering 28,446 votes against Oburu’s 4,000.

Addressing the media, Oburu thanked the people of Bondo who he served for four terms as an MP adding that he will serve the ODM Party in a different capacity.

The move comes just days after the ODM National Elections Board Chairperson Judy Pareno announced Ochanda as the duly winner of the Bondo ODM ticket.

"My decision to abide by the party's position in declaring Gideon Ochanda as the winner in the hotly contested nominations does not mean that I will be getting out of active politics because even right now, I am the Bondo Constituency Chairperson of ODM party," he said.

ODM Director of Political Affairs Opiyo Wandayi lauded Oburu’s move as a 'rare sense democratic maturity' and urged other losers to follow suit. "Oburu, by voluntarily accepting the verdict of the party, has set an example which as a party we would urge everyone else to follow,” said the Ugunja MP who had accompanied Oburu.

"I appeal to those who lost in one way or another to follow the example and accept the position of the party," Wandayi added.

Oburu was first elected the MP of Bondo Constituency in a by-election following the death of his father in 1994. He contested the seat in 2013 and lost, and was thereafter nominated into parliament ODM.