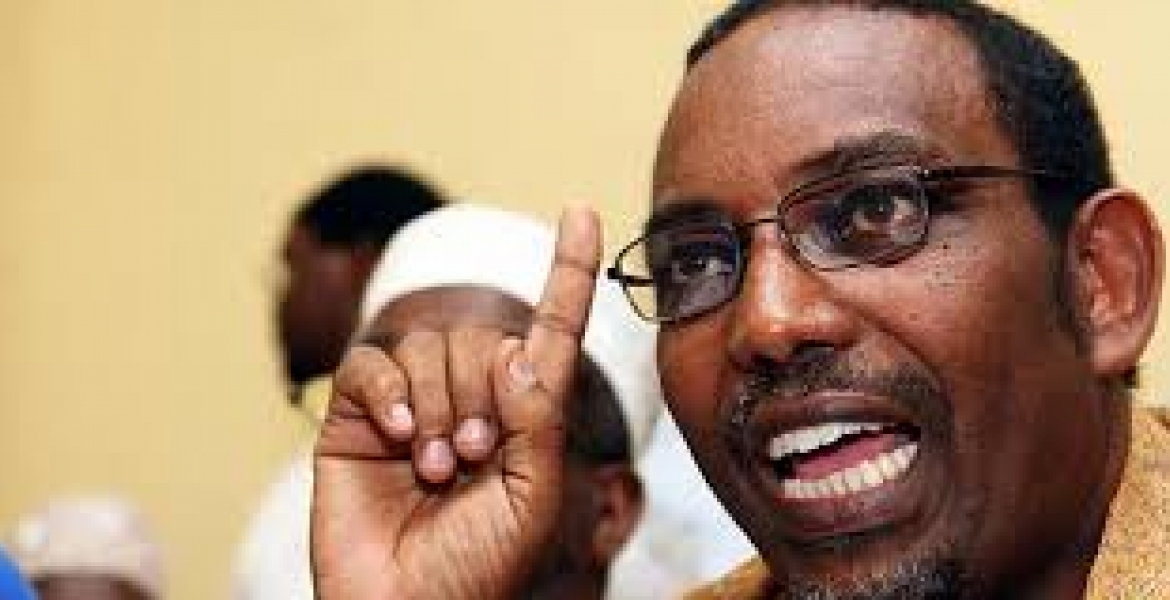 Former deputy Speaker of National Assembly Farah Maalim says that the opposition outfit National Super Alliance will be swearing in Raila Odinga after the August polls should the electoral body IEBC ‘rig’ the elections in favor of Jubilee.

Maalim disclosed that this time round the opposition has put mechanisms that will thwart Jubilee’s plot to rig the elections by ensuring that every single vote is accounted for. “As NASA, we shall not accept any rigged elections and IEBC should know that. We have had enough of it (2007, 2013) and this is the time to rescue this country,” he said.

“We shall swear Odinga as president if IEBC tries to rig. We cannot tolerate impunity any longer and that is my stand,” he added.

Maalim was instrumental in the crafting of National Super Alliance power sharing deal that sought to accommodate five Principals if they form the next government.

This will be Odinga’s fourth shot at the Presidency having unsuccessfully contested in the 1997, 2007 and 2013 general elections.

Under the NASA deal, Kalonzo Musyoka will be the Deputy President while Musalia Mudavadi will serve as Premier Cabinet Secretary and will be deputized by Bungoma Senator Moses Wetangula and Governor Isaac Rutto of Bomet.

This is incitement and such language must not be allowed. It is treason equivalent to coup plotting.

What's the point of having these elections .... I can hear the same mantra from 2007 .... No Raila No Peace - Justice Willy Mutunga blew the whistle 2 yrs ago that the drum beats of war were loud and clear ... Last week, People were fighting among themselves during the primaries ... I guess that was a warm up before the big battle in August - whether the war will be in the ballot box on or the streets .... Seems we have forgotten sooooo fast how dark the 2007 election was.

You know like I have said earlier in this forum,but it is worth repeating.I hope that this nonsense from NASA will motivate Kenyans to vote overwhelmingly for Jubilee.The ordinary mwananchi does not stand to benefit,from these NASA leadership chaotic shenanigans.So the ordinary mwananchi should vote overwhelmingly for the ruling jubilee party.This will go a long way in safe guarding post election peace come august.

Its called Democracy: Elections are only fair when you win. Unfortunately, such leaders still get votes.

...that is the right recipe for chaos....idiot!

NASA is clearly preparing the country for 2008 repeat. Such utterances by leaders should not be entertained in any way form or shape. They have sensed defeat and they are trying to find an excuse that will plunge the nation into Chaos .
Never again ... this time people are smart and they cannot be fooled anymore

Votes 'do not matter'. The person counting the votes matters. Weird world.

NASA messed up. Instead of giving or should I say presenting a new leader they keep insisting that Baba yao MUST be president. He has contested 3 times and not won. He is now older not necessarily wiser. It appears this man will stop at nothing to get to be president. Not this time. His father never made it and he will NOT. This man needs to be sat down and told the truth.HE will NEVER be president of Kenya.

Farah Maalim needs to be arrested. That is incitement period.

I am surprised Farah even insists on being part of Kenya government when his heart is clearly Shifta. Its funny how Raila manages to attract such scum to his campaign... people who speak like they have no lives to lose. They keep hoping that brinkmanship will push them into power when numbers fail to deliver. Well, if they start a fire, I hope it consumes them to the last inciter.