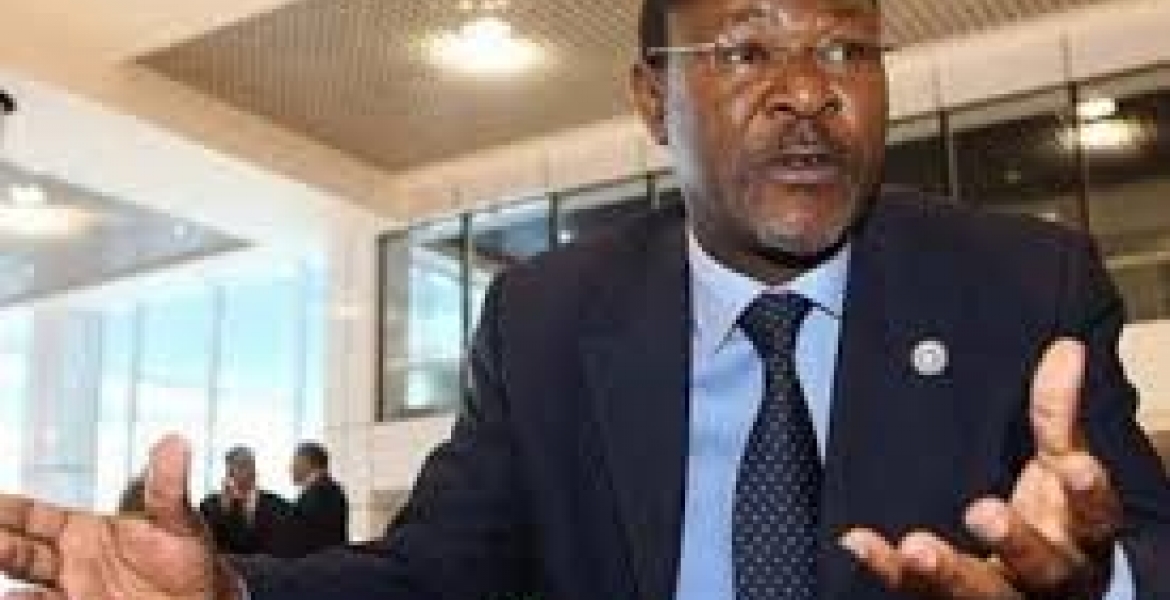 Ford-Kenya leader and NASA principal Moses Wetangula has indicated he will be defending his Bungoma senator seat in August under the Ford-Kenya ticket.

Bumgoma Ford-Kenya secretary Peter Wakhuleka on Sunday said Wetangula is the party’s candidate as he was unopposed in the primaries. The party reserved the seat for Wengula as he is irreplaceable, said Wakhuleka.

Wakhuleka added that should NASA assume power in the August 8th general elections, Wetnagula will relinquish his Senatorial seat to serve as Deputy Premier Cabinet Secretary in the NASA administration.

Wetangula will be one of two Deputy Premier Cabinet Secretaries should NASA win in August, the other being Bomet Governor Isaac Ruto of CCM party. This is after an agreement signed last week named Raila Odinga as NASA’s flag bearer and Kalonzo Musyoka as his Deputy. Musalia Mudavadi of ANC will get the position of Premier Cabinet Secretary.

Wetangula had launched his own presidential campaign under his Ford Kenya party prior to joining the NASA coalition.

Sema mpango wa kando. With plan B in the hands si kuzuri sana

Reality hitting home- no NASA win is forthcoming and the dude knows that.Beside i said here before the agreement to create phantom jobs for wazees is a lie in broad daylight.How do you expect to be nominated CS for an office that does not exist? Parliament will simply not vote for you if nominated as CS- you need parliament.Changing the constitution to employ the likes of rutto/muda is pure bull.Even then all the flower girls have fallen in a bad trap: Should (very remote/next to zero) NASA win then ODM will just say that the people have refused to change the law and hence "their hands are tied" so remains the status quo.The biggest loser of the mbuta proportion is one watermelon.Your office is made useless by "powers" given to the cartoon prime minster CS? Exactly what will the DP do since his office will not be executive office of DP? He talks about maringo from ODM now? wait for them to win and you will never speak in any forum as they did to you 2007/2013- you have a short memory.

watangulea is Smart . he is not taking any chances

This Kalonzo and the rest of the flower girls, needs to find a way to work with the jubilee party and to have their supporters work with the Jubilee Party.Because this ODM guys are going to continue making a fool out of them.

Poor hungry Weta. Foresight..... bibi asikasirike...what would he possibly tell his wife if he didn't have a pay-check at the end of the month?