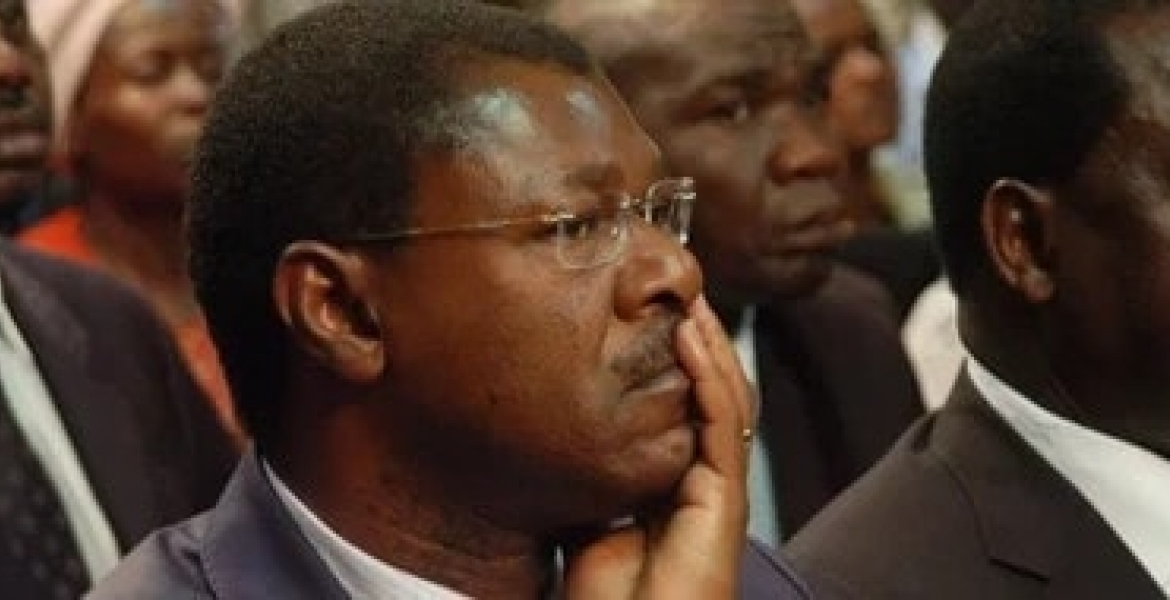 The Orange Democratic Movement (ODM) candidate in Bungoma Senatorial seat Boniface Nyongesa has maintained that he will not be shelving his ambitions in favor of incumbent Bungoma Senator Moses Wetang’ula.

Speaking during a press briefing, the ODM leaders said that they will not heed to the calls by their party leader to step down for Ford Kenya candidates, arguing that voters should be allowed to decide on the ballot.

“We have held a meeting and agreed that none of us will step down for Ford Kenya... I cannot step down since the Bungoma people have said that they want me. My name will be on the ballot and people will vote for me," Boniface Nyongesa vowed.

Nyongesa accused Ford Kenya leader Moses Wetangula, who is a NASA principal of attempting to destroy ODM candidates, and was fighting them more then he was doing to Jubilee candidates.

Raila snubbed Nyongesa, an ODM candidate and endorsed Wetangula who will be defending his seat on a Ford Kenya ticket.

These goons can never have their burning political house in order.Let the people decide like Nyongesa intelligently advises.

Raila
This is not Democracy you fought for do not dictate athers on election.
Wetagura wantend to ve president ket him stay out like you what us wrong if he fear to ve defeated by thus guy, let him suffer the defeat

Let the people decide...true democracy. Why?Because, NASA is poised to win...Weta has a big job.However, let consensus be built up at nominations not when printing of ballots papers is underway.