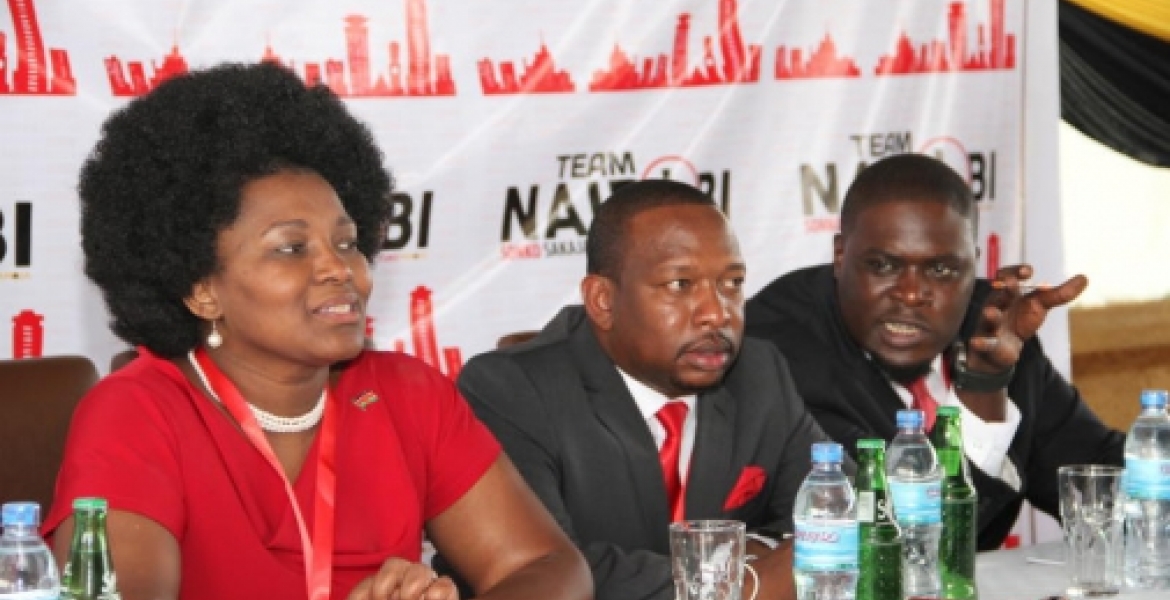 Nairobi gubernatorial aspirant Peter Kenneth has been accused of being a project of incumbent Nairobi governor Evans Kidero.

Speaking in Nairobi, the leaders led by Mike Sonko (Governor), Johnson Sakaja (Senator) and Rachel Shebesh (Women Representative) termed Kenneth a spoiler who was being used by the opposition to scuttle Jubilee party votes to grant the opposition an advantage.

This comes just days after Kenneth remarks accusing the Deputy President of being behind his loss to Sonko in the Jubilee party primaries.

“PK should stop dragging the name of the DP to this, saying that he was rigged out. If he was a genuine party member, he should have exhausted all the available mechanisms,” said Sonko.

“We know what PK is up to; he is a Jubilee enemy. When he joined us we wanted to deliver the seat for Nairobi to Jubilee, why is he opposed to it now?” asked Sakaja.

Kenneth ditched the Jubilee party and is contesting for the county’s top seat as an independent candidate and will face off with Sonko, Kidero and former Raila Odinga aide Miguna Miguna.

Peter Kenneth is a MAN of his OWN. Wawache vijisababu.

History repeating itself. Case and point, Waititu vs. Kidero. Waititu was wining the governorship until Jimnah joined the race.
Pk needs to stop this foolishness if he really meant to support Jubilee.