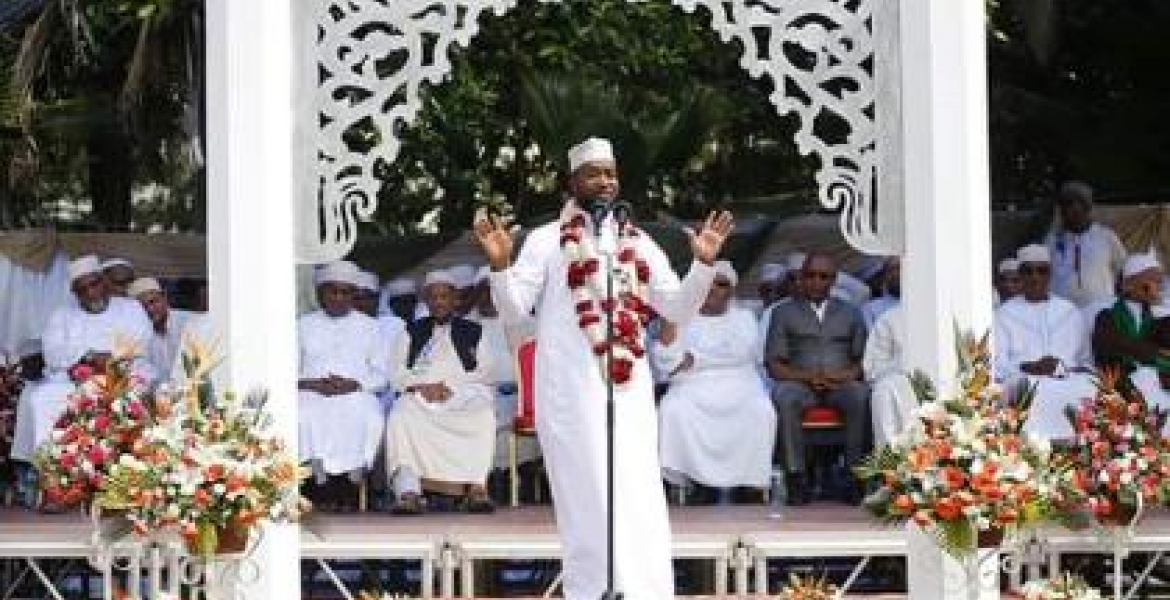 Mombasa governor Ali Hassan Joho has once again taken a swipe at President Uhuru Kenyatta, accusing him of launching ‘fake’ and sub-standard projects that do not last for long.

The Orange Democratic Movement (ODM) Deputy Party leader has said that everything that the Jubilee government touches turns out to be wrong.

Joho’s remarks came hours after reports that Sh1.2 billion Sigiri Bridge in Budalang’i constituency, Busia County, which the government was constructing, had collapsed, only two weeks after it was inspected by President Uhuru Kenyatta and his Deputy William Ruto.

The Mombasa County boss challenged President Uhuru to interrogate himself as to why most of the projects he has launched were experiencing hitches.

"Everything that they touch goes wrong. The president is launching fake projects which are not lasting. He launched Mtongwe Ferry, it collapsed. He has launched a bridge in Budalang’i, it has collapsed. They should ask themselves why everything they touch, go wrong," the ODM governor said.

The governor was speaking when he attended to mark Baraza at the Treasury Square, an event that keeps Muslim’s long standing tradition alive, as they marked Idd-Ul-Fitr.

Joho has been a tough critic of Jubilee administration which has often put him at loggerheads with President Uhuru Kenyatta and his deputy William Ruto.

Perhaps it is now evident that Kenya needs a national unit that overseas projects are not vandalized by opposing political rivals to gain mileage as it seems to be happening.

Individuals being used to interfere and damage public projects should be dealt with without favor regardless of whose mole they are.

We need those projects and it is very important that the government has initiated them. We also need to assess why the collapse has happened and rather than blame the government, be objective at identifying the problems and get the contracted companies to remedy the problems.

What a shame to the enemies of development. Do we always have to apportion blame? The government-who is the government? Ask yourself, what have I done for the land and people of Kenya? Do I spend all the time and resources on smear campaigns instead of serving and bringing change. Be the change the citizens need- all we need is growth, improvements, peace, quality of life, all these cannot happy via mdomo mdomo but through hard work.

Sorry to all my Kenyan brothers and sisters. Our governor is very embarrassing. But what do you expect from a brain loaded with an E+ in KCSE.
Birds of the same feathers flock together and Joho the drug dealer is behaving like his god in the Ojinga Demonic Movement.
This is a case of little knowledge is dangerous and there are times it can be more dangerous.