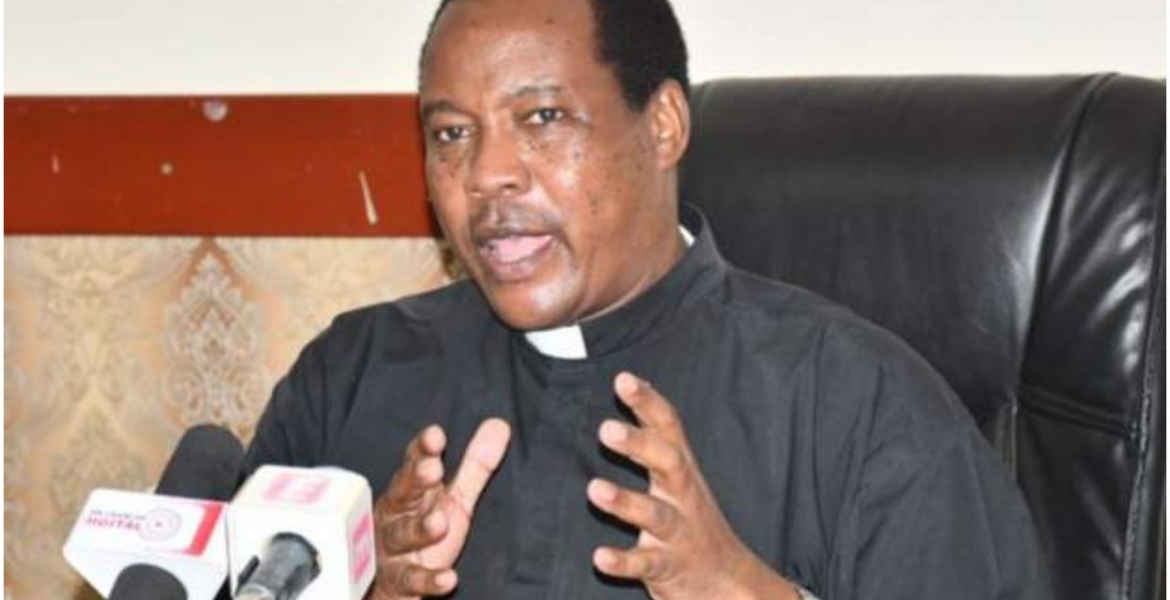 The Catholic Church in Tanzania has raised a red flag after more than 60 nuns and 25 priests have died of suspected COVID-19 complications.

The secretary of the Tanzania Episcopal Conference Father Charles Kitima says the deaths have been recorded in the past two months.

The Catholic Church, which has been outspoken about COVID-19, is now calling on President Pombe Magufuli’s administration to take the pandemic more seriously.

“It is upon every one of us to make sure that we take all the required precautions and protect ourselves and others, especially the elderly and those with pre-existing health conditions,” Father Kitima said during a press briefing on Wednesday.

Tanzania is one of the few countries in the world that have not been publishing data on COVID-19.

President Magufuli has constantly downplayed the virus since last year, and it is only recently that he advised Tanzanians to start wearing masks after a reported surge in COVID-19 related cases and fatalities. The Tanzanian government has also not made any plans to vaccinate its citizens.

Father Kitima said the church could not ascertain whether the nuns and priests succumbed to COVID-19 but they all showed signs of the virus, including “respiratory challenges”.

“People are not tested. That’s a big challenge. The church has about 500 health centers across the country but we are not allowed to test and we don’t have the equipment to do so,” he added.

In January, the Catholic Church also expressed concerns after it noticed a spike in deaths in its parishes.

The watchers taught human being science. That is why there are some things like pyramid which science today cannot explain how they were build. Read the book of Enoch.

Unfortunately, this info is not for everyone. They are not ready yet. They call us conspiracy theorists. People need to wake up and look outside the box. 'Talmud of Emmanuel' is a must book to read too: https://youtu.be/PgOEZNQ-qxs

@Imara, I thought Tanzania was praying Covid-19 away, what happened? Did a strong wind blow away the prayers which were supposed to go straight to God?
How can one adopt a white man's religion but shun science because "it's from the white man who can not be trusted"

Mūgikūyū, here's how. One is about believing in superstitions, random punishment, a petty jealous creator, incest and violence. The 2nd is about questioning and searching for the truth. They both get used but the 1st is used to subjugate, enslave and control. The 2nd helps provide cures, better food production methods, better health, better sanitation - did I mention the 1st one will ask you to pray to some invisible unresponsive something in the sky for better health not to mention the mistreatment of women

Well stated!! The creators of God are just some business thinkers who created this myth to make a legalized money minting scheme aka sadaka. Some type of pyramid scheme started by the romanians (modern day catholics) and another cult leader apparently born in bethlehem, the same thing Awuor is doing in Kenya, brain washing the masses to believe you are the almighty! Poor human beings. Religion is just a false hope! Do not believe in these imaginary figures, moto wa milele and all this nonsense. Think and better believe in scientific evidence for ‘everlasting’ life.

This rogue president must go period .Too many souls to lose and not the 1st time.He is a silent tyranny. Why tell people to wear masks and you have been saying COVID-19 is fake.Tanzania is not an island this disease is there why hide data if you not hiding.New more dangerous variats are in the world. Africa union is a toothless lion cant help innocent citizens who are being mislead and even killed during elections. Opposition is in asylum. AFRICA we love you.Kick out useless leaders people. Mafi ya kuku wewe mangufuri. Kwenda bali.

Blame it on Your recalcitrant and equivocating president,Mr.Magafuli. His solution to controlling the spread of Covid 19 has been more prayers.Sadly even
mocking the scientific community.
What I would like to ask Magafuli is that,if prayers have not cured malaria, Aids, Cancer,heal broken bones,to name afew maladies,what proof or certainty does he have that this time around prayers would deliver.
Prayers are at best a wish,or ahope,based on blind faith.Prayers are also supposed to be a panacea;pray and all is healed-Your get cancer your pray ,you get high blood pressure you pray,your get impotent you pray
,you fail to get ajob you pray; if prayers worked why would we need hospitals?
My main concern is how Tanzanians are taking all this with passive opposition.Magafuli may be doing other things well,but on this Covid 19 he has flopped badly.
I even wonder if he has that much faith in prayers.If he did,he would have let the world known the statistics and the status,or effects of the virus in TZ.What was he covering,or hiding?Was he afraid that his lies would be exposed? At least there is hope now that he seems to be coming around ,by letting Tanzanians observe social distancing,and wearing masks.One year later. What a shame.
Let's put all our hopes,and faith in science,and if it fails,them we can pray,since we would have nothing to lose anyway.
What say you...

Denial is a River in Egypt Tanzania is not special .The virus is all over the placeDeal with it because it is here to stay.When you have a dumb president it shows.As the Nigerians would say Tanzanians see your lives nah

Magufuli and Trump think they are messianic. Both said it will go away; it's like a flu. Only difference between the two is that Magufuli rigged himself back, but Trump failed.

Magufuli should let science do its work. God created science to help mankind. Prayers and science go together. They don't oppose each other. He needs wisdom.