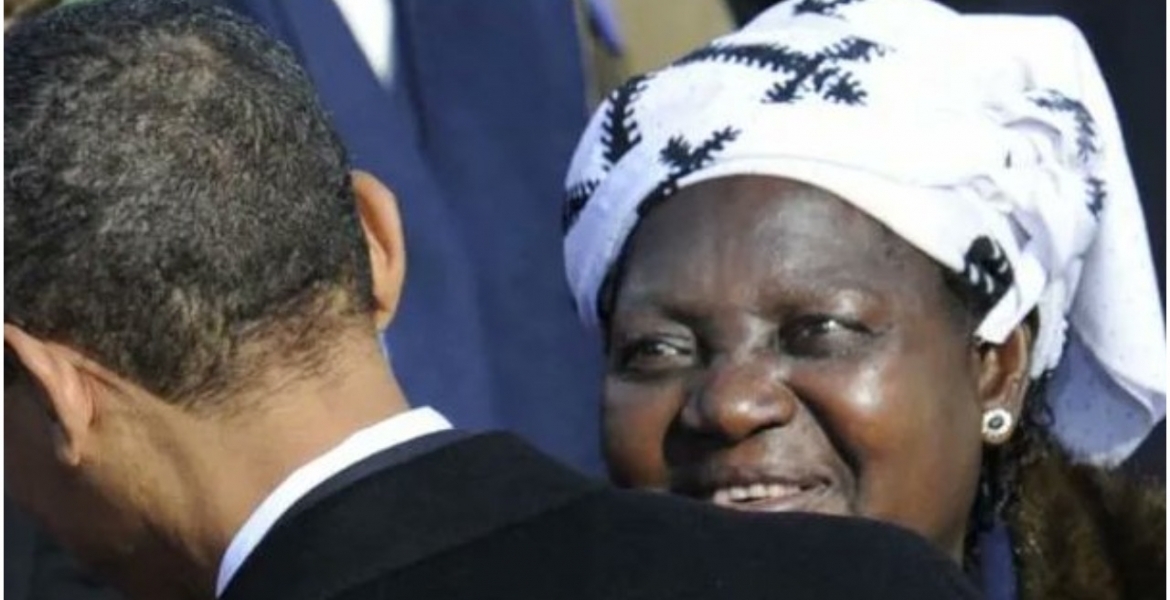 Grace Keziah Aoko Obama, the step-mother to former US president Barack Obama, has finally been laid to rest.

The deceased was buried in a brief ceremony on Saturday at her home in Nyang’oma Kogelo village, Siaya County.

The 78-year-old passed away on April 13th at a UK hospital, where she was undergoing treatment.

Malik said his mother had battled diabetes for long and her death was also attributed to old age.

Due to COVID-19 restrictions, the family appealed to the government to help them get special permits to facilitate the transportation of her body to Kenya for burial.

Her remains arrived at the Jomo Kenyatta International Airport (JKIA) in Nairobi on Friday.

Keziah’s death came two weeks after the burial of the family’s matriarch Sarah Obama, who died at Jaramogi Oginga Odinga Teaching and Referral Hospital in Kisumu on March 29th aged 99.

Sarah, the grandmother of Barack Obama, was laid to rest at her home in Kogelo, Siaya County on March 30th in line with Muslim traditions.