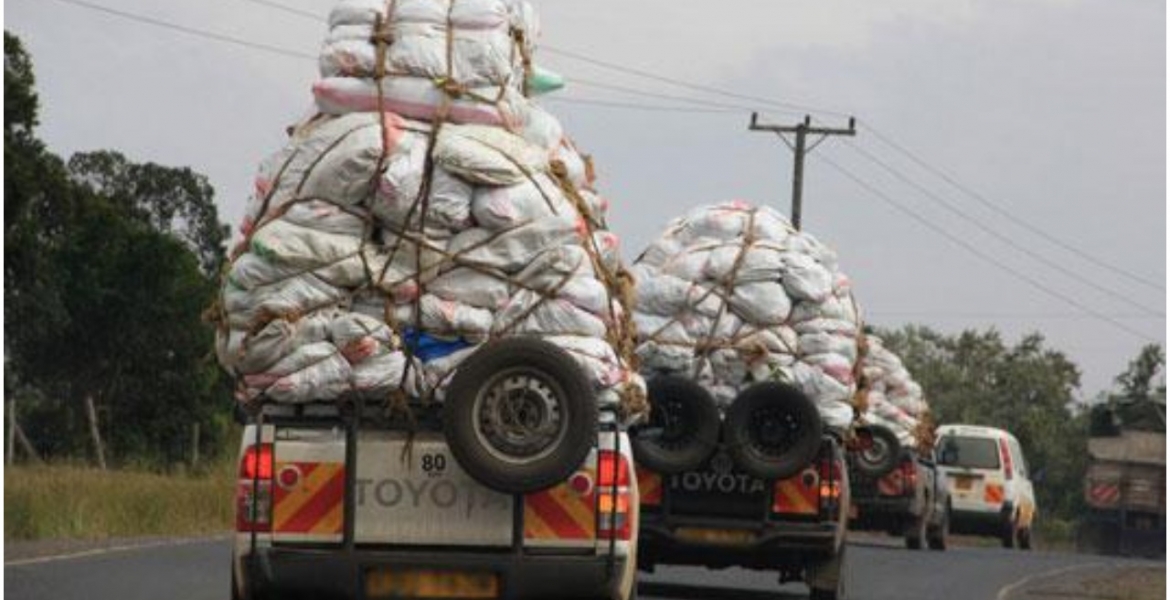 A pickup truck transporting Miraa from Meru to Liboi in Garissa County was on Sunday night hijacked by suspected Al-Shabaab militants.

The vehicle, which had three occupants, was seized about five kilometers from Liboi town and was later seen at the Dagalema border area crossing over to Somalia.

North Eastern Regional Police Commander David Bunei while confirming the incident said the hijackers later released the three occupants unharmed and drove away after offloading sacks of Miraa from the vehicle.

The three occupants were identified as Abdikaddir Hassan Elmi (a driver) Abdullahi Issak Harun (a Miraa dealer), and Habiba Abdi Sirat, who had hiked a lift.

Bunei said security officers are in pursuit of the bandits even as investigations into the incident continue.

The police head said this was the third time the same driver has been hijacked by suspected Al-Shabaab militants along the route.

This article had me in stitches right here: The police head said this was the third time the same driver has been hijacked.
Wow, thats one heck of a story. I got hijacked by terrorists 3 times! Notice the other guy Abdi claimed he was "just hiking a lift" Yeah right. Lift? my ass, you lucky they didnt decide to leave no witnesses.
But seriously, why doesnt GoK get creative and just give these guys 2 sacks a month to keep them off these missionis. Call it ransom, tribute, local tax, foreign aid - whatever. This weed stuff gets you mellow and most importantly keeps the peace. No more overstrained refugee camps from fighting, KDF wives and kids will thank them, Wananchi can roam around freely and plant crops in garissa and we shall save so much public anxeity in towns without that threat element.

Why don't you give them the sacks? kubafu ya mudu! ati? ati? senji type, burari furu eno! It was miraa not weed! Those guys kill! They did not blow them up because they were muslims. The police should set a trap, let another person drive with the hope of them being kidnapped, set an explosive in each miraa bag! Next time, they will think twice!