Skip to main content
Participated in Last Year's US Green Card Lottery? Results of the DV-2022 Diversity Visa Program Are Now Available
Death Announcement for Margaret Nyambura Magu of Kennesaw, Georgia
Why You Should Invest in the Onyx Place Apartments by House and Homes Ltd
Introducing The Onyx Place Apartments: A Contemporary Urban Development along Waiyaki Way
Geotechnical Engineer Wanted to Support Clients in the MD/DC/VA Area
Field & laboratory Technicians Needed By a Maryland-Based Civil/Geotechnical/Environmental Engineering Consulting Firm
Drivers Wanted in Baltimore, Maryland for Fedex Pickups & Deliveries
Earn a Return of over 10% Per Year from The Onyx Place Apartments by House and Homes Ltd
Previous Pause Next
pt / POPULAR TODAY 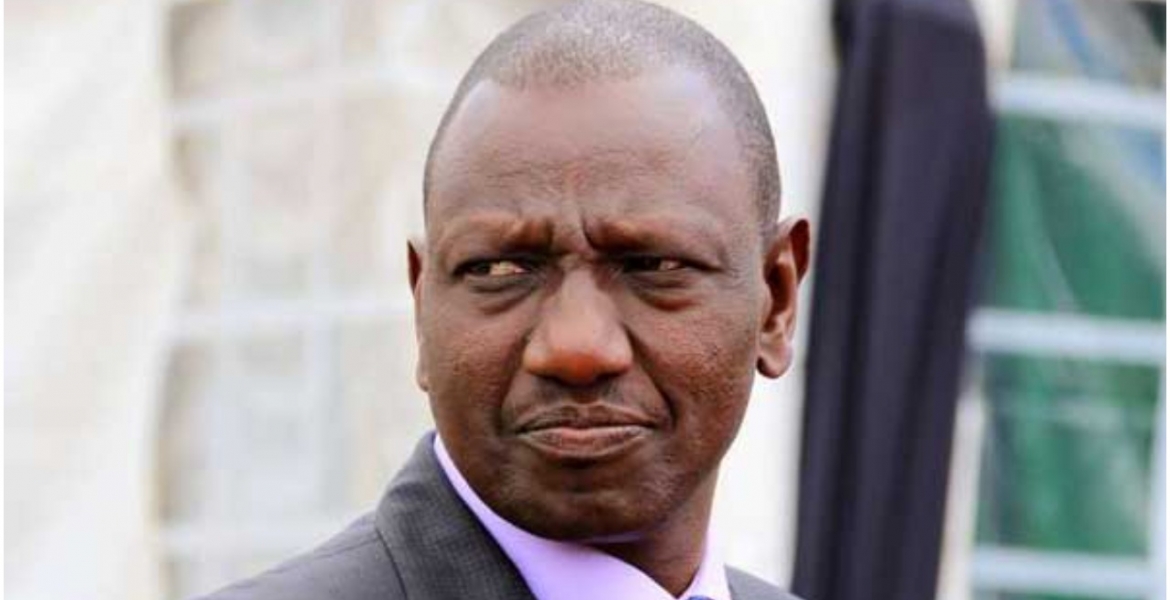 Suluhu and her delegation arrived at the Jomo Kenyatta International Airport (JKIA) on Tuesday morning.

Unlike in the past when Ruto received visiting heads of states at the airport, Suluhu was received by Foreign Affairs Cabinet Secretary Rachel Omamo and her Sports counterpart Amina Mohamed.

She was later driven to State House, Nairobi, where she inspected a guard of honor and received a 21-gun salute before holding bilateral talks with her host President Kenyatta.

Ruto’s director of communications Emmanuel Tallam told Nation that the deputy president was not invited to the meetings or the State dinner held in honor of President Suluhu at State House.

“The DP has not received any invite,” said Tallam.

As President Kenyatta was receiving his Tanzania counterpart, Ruto was meeting a group of religious leaders from Kajiado at his Karen office.

Through his social media pages, Ruto indicated that he donated a vehicle to Rev. Daniel Lotuno of AIC Ilmasin, Kiserian, Kajiado County.

“Blessed to have joined the church in acquiring a tool for evangelization,” he wrote.

The deputy president has been visibly absent in many State events in recent months, in what signifies his fallout with President Kenyatta.

Their relationship has continued to deteriorate since the 2018 handshake between President Kenyatta and ODM leader Raila Odinga.

Ruto skipped this year’s Labor Day celebrations at State House last week and instead went on a three-day retreat with leaders from the Mt Kenya region.

Ruto has be absent without leave (awol) since he become the DP! Am glad he is now being locked out of important state functions! Uhuru is really tired of a non working Ruto!ll

There is nothing Hustler is going to Lose here.

Lee your stupid hustler hush tag! You are the poor man and certainly confesses your poverty stricken state of mind! Get your self a job and work fir a cool living! Ruto has stolen everything and Kenyans have lost a lot to Ruto. Of course the fool got nothing to lose in your fainted eyes because he has taken everything from Kenyans!

A owner of a lonely life! Cut him off completely Mr president! Ruto is just getting paid for nothing! All he does is run his stinking mouth and wanting to be the next president while he has not worked for years!

But he helped Uhuru "win" 2 Presidential ELECTIONS. Don't you REMEMBER?🙄

No! Euro did not help Uhuru win! Uhuru did not need Ruto to win! There are over 6000 votes in areas that vote with Uhuru! It is not about work being a winner! It is about the Kenyan people and Ruto only cares for himself and Rachel!

We used Ruto so we can bring peace in the god forsaken Rift Valley as we worked the ICC cases to nail Ruto! Tell Ruto to go try to burn children in a church now and you will see how quickly we will submit him to th Hague!

Don't worry. You will be hosting President Suluhu Solution in 2022.
Let current president finish and go in peace.

Uhuru could never have won without Ruto.None of them or the other elite thugs can loot without others.Hungry billionaires are being tricked to fight among themselves as the elite thugs continue to “EAT” their shs 2b. daily.You are happy for nothing as you continue paying majambazi Uhuru,Ruto and muuaji Raila shs 12m.each daily for owning useless political parties.

Ruto is counting until he takes the president’s office. This man will execute vengeance on everyone. His silence is a tactic. Watch out Kenyans, once this man becomes president it’s a wrap.

Ruto will never be Kenya’s president! Of course he will execute revenge because he is a known murderer! That is why Uhuru must make sure this con is in jail soon and never to take over power in Kenya. He has enough pending cases to lock him up for a long time! Thieves do not lead countries! Ruto is a thief!

Don’t know which Kenya you come from, Do you know about Covid billionaires? Before you throw stones, at thieving Ruto; Haul the 1st at Uhunye. Wacha ufala Ruto is the next president.

Keep dreaming you Ruto fanatic! Your buddy is a thief and the whole world knows it! There will never be a Ruto presidency in Kenya! I can put a million shilling on that fact!

I by no means support Ruto but you are in denial brother. First, he’s not going to jail. We know he’s corrupted but which politician in Kenya isn’t. We hear what he’s done but no one has taken him to court yet. Second, he really has no real rival to challenge him for the seat. Ruto has too much money to lose that’s what it boils down too.

He is both corrupt and a murderer! He killed Kenei, Juma, Yebei, Msando, etc. Kenya can never be ruled by a guy with no heart!

Then Ruto will be put under house arrest in one of those bunkers he has build with our stollen development funds! Mwizi yeye.

Just look at that ugly face and you know why he kills others to silence them!

This is beyond criticism.....how hateful can you be to treat you own Deputy like that????
At least on official responsibilities, respect him. Very UNFAIR treatment.

Ruto is one one man team specifically setting himself up with stolen wealth! It’s kinda hard to respect a thief.

Ruto will never be the president of Kenya, take it to the bank! It will be ‘given’ to someone else but not the well known not so smart mega thief. Elections in kenya are mere formalities. Next president and deputy have already been decided. Ruto will go to quick retirement and irrelevance. Watch this space.

Well said about Ruto! Him and his wheelbarrow will just keep on pounding the Thin road of fake economics! How can the greatest thief in Africa become the president? Surely many are wondering!

We need new blood that is the only way out. For the others one group stinks the others smells what is the difference

And Ruto stinks just like a skunk or even worse! He can never be trusted to provide a level headed leadership! We don’t want more people to die in Ruto’s hands. The blood he has spilt with hose he has murdered is more than enough!

BBI has passed and now Ruto can meza wembe! It is a very significant step toward blocking Ruto from becoming the next president of the Republic of Kenya!

It is quite unsettling fir a sitting DP Ruto to have his own group in the same government he is part of! This Kalejin dude got no shame. No wonder Uhuru treats him badly for being ignorant and foolish!