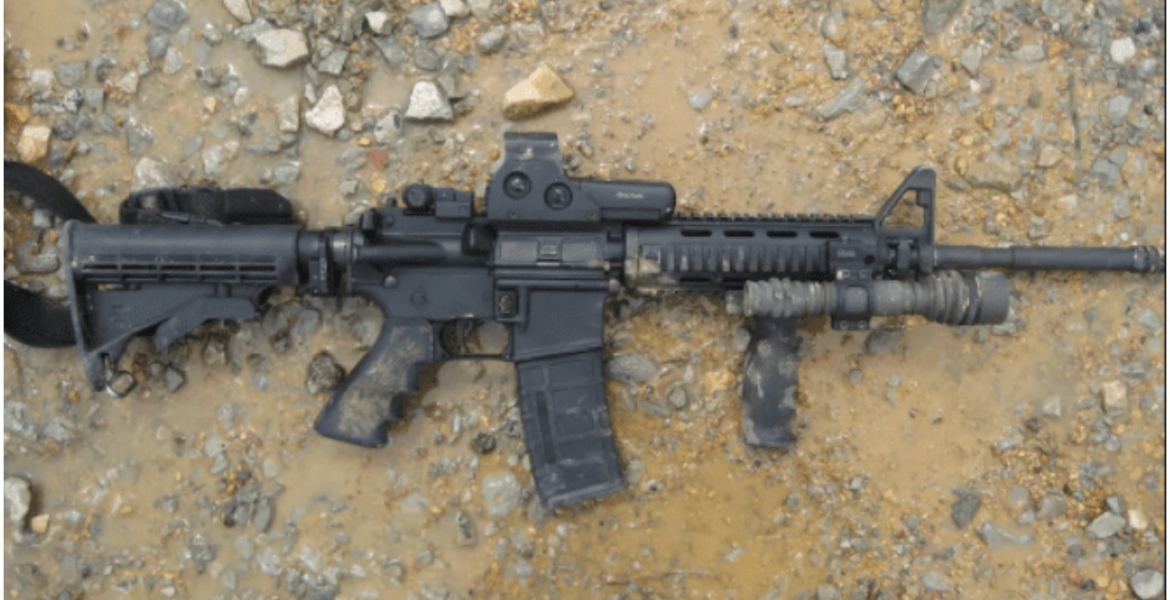 Police in Nairobi are detaining a Chinese national after he was found in possession of weapons. Dang Pengfei was arrested by a multi-agency team on June 11th at Kanyonyo area along the Mwingi-Garrissa road and was in possession of one pistol.

Detectives found an M4 assault rifle parked in its case with 5 rounds of special pellets inside a wardrobe; a CZ pistol loaded with 10 rounds of 9mm in the magazine in the master bedroom, a Taurus revolver in a case with 3 rounds of 38mm; and a Taurus pistol with an empty magazine.

A total of 201 rounds of ammunition of different calibers were found stashed in two boxes.

The foreigner is currently being held at Kileleshwa Police Station as further investigations continue.

It is yet to be established whether the Chinese national is a licensed firearm holder.

This is some bullshit. He understands that in Kenya you have to protect your own. PERIOD. Like I said before the BULLET never lies.

Thats why we say Chinese must go back with their loans. Lets do our projects peacefully with the money we have even if it wil last years to complete them.

These people are getting too comfortable in Kenya.Again it is because they are coming and not leaving.It is time someone reviewed their fishy work permits and start mass deporting them back to China.We have enough problems with the Somalis when it comes to illegal guns we do not need more .