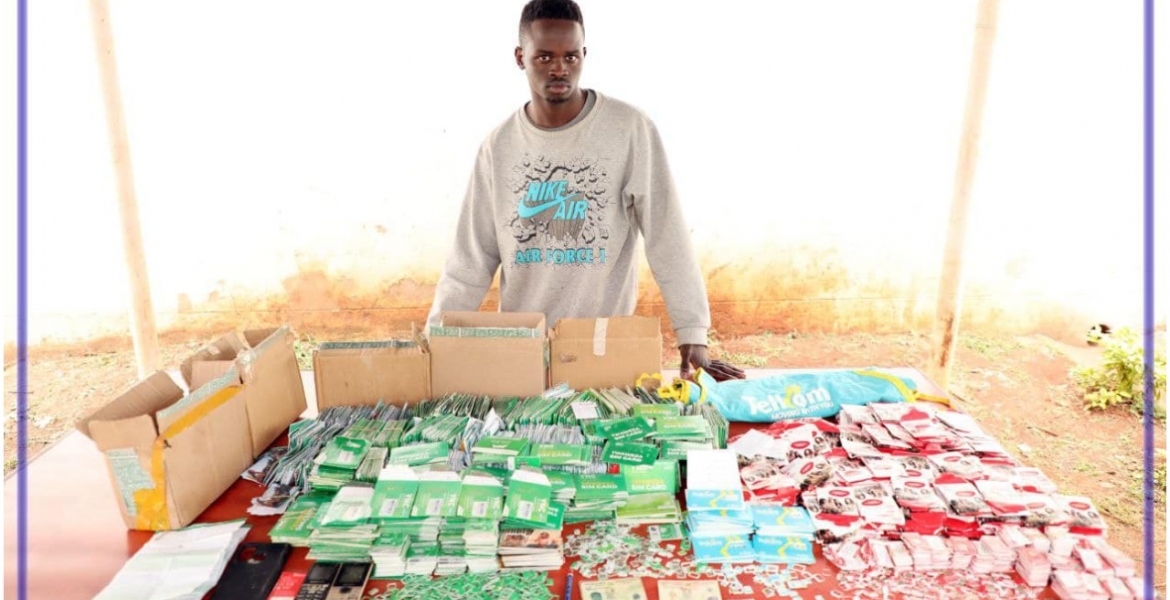 Detectives are holding a 21-year-old suspect believed to have been operating a high-tech mobile phone scam syndicate.

The suspect identified only as Kiprop was arrested in Juja, Kiambu County by detectives from the Crime Research and Intelligence Bureau in collaboration with Safaricom’s fraud investigations team and Jomo Kenyatta University of Agriculture and Technology security officers.

A gunny bag full of Safaricom, Airtel, and Telkom SIM cards was recovered during the Friday operation.

The joint operation was launched after the suspect allegedly swindled an MPesa agent of an unspecified amount of money. While masquerading as a Safaricom MPesa customer care attendant, Kiprop called the agent and lured her into dialing some unspecified codes.

“Before the agent realized that she was in a phony call, she had already lost cash from her money lending account. The money was sent to an MPESA account belonging to one of the fraudulently acquired SIM cards, before being transferred to an account at Cooperative bank,” the Directorate of Criminal Investigations (DCI) said.

Kiprop and his accomplices, who are still at large, are believed to have defrauded unsuspecting members of the public of millions of shillings through the pretentious scheme.

Kiprop is suspected to hacked into the Independent Electoral and Boundaries Commission (IEBC) database and acquired personal details of 61,617 registered voters from a county in western Kenya. The data found in his possession contains the names of registered voters, their ID numbers, and dates of birth.

“Using the fraudulently acquired personal details, the suspects then contact different wireless carriers and convinces the customer service agents that they are the true owners of the line. Upon successful SIM swapping, the suspects are then granted full access to the victim’s online accounts,” DCI added.

...if eyes have anything to do with wokeness, he is woke....