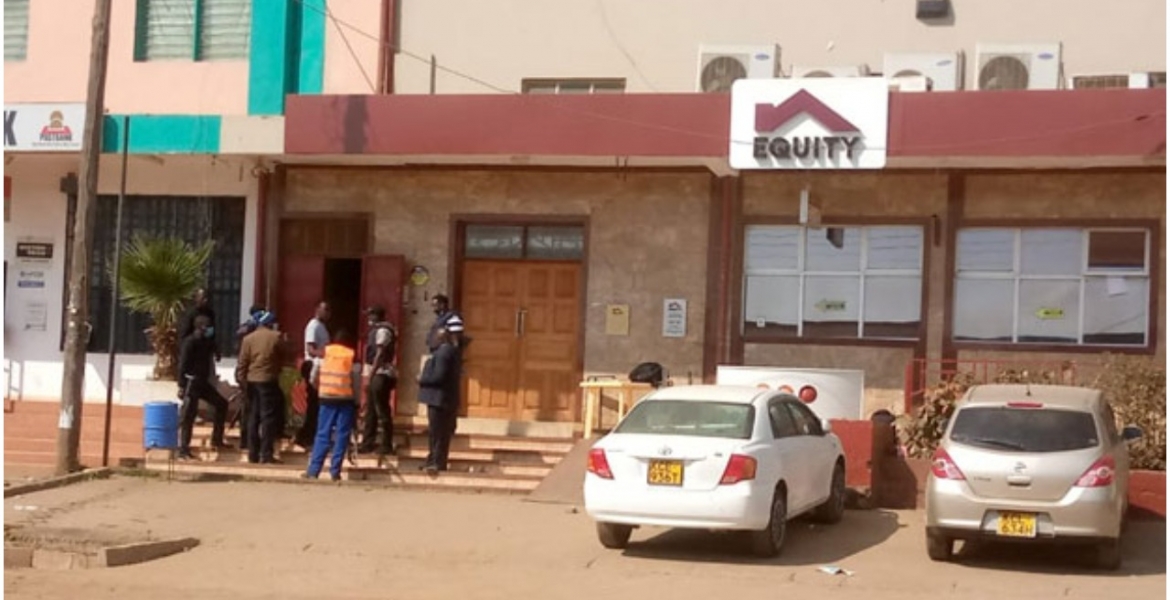 Detectives are searching for a former GSU officer linked to Tuesday’s robbery at Equity Bank branch in Matuu, Machakos County.

The policeman, who was stationed in Masinga before being discharged from the service over misconduct, is among the suspects being pursued over the daylight heist.

Three boda-boda riders arrested in connection with the raid were arraigned in court on Friday.

They are accused of colluding with a group of suspects who raided the bank on Tuesday morning and made away with an unknown amount of money.

The assailants are said to have attacked and disarmed two police officers guarding the bank at around 9:00 am.

They then stormed the bank premises and held members of staff and customers at gunpoint before stealing cash.

The gunmen managed to escape through the back door following a 15-minute shootout with a security team that responded to the alarm raised.

Constables Patrick Omusebe and Dorothy Opili, who were manning the bank at the time, are also being investigated. Detectives are questioning why constable Omusebe, despite having many opportunities to escape, did not do so and was caught on CCTV engaging with the armed criminals.

The two officers sustained minor injuries during the attack and also lost their AK47 rifles, both of which were loaded with 60 rounds of ammunition.

Based on how the heist was carried out, detectives believe the attackers were either rogue police officers or former officers.

Half baked News! What's the name of the former GSU?

It does not matter am sure they did not take off with 2 billion which is what we are loosing daily to corruption.The bank has insurance .The last time I checked Equity was one of the most profitable banks in Kenya.They will be fine.Wasting resources and time going after peanuts.

Kazi bure kama uchunguzi unaongozwa na Njoki.Kenyans should start resisting some bogus promotions.There is no way Njoki can command or investigate men who are experienced than her.Other appointments like that of Nzioki are made on tribal basis.Ati Nzioki to represent WaKamba(but none shares his KITU KIKUBWA).There are are about 20 officers experienced but junior than him.

We have been talking about this for days now...
Most of us are not trained like DCI AGENTS...BUT WE HAVE ENOUGH COMMON SENSE TO SEE THROUGH IT.
IT'S PART AND PUZZLE OF THE COVER UP...
LOOK FOR A SCAPEGOAT AND THE MASSES WILL BUY INTO IT.
MANIPULATION OF THE MIND.