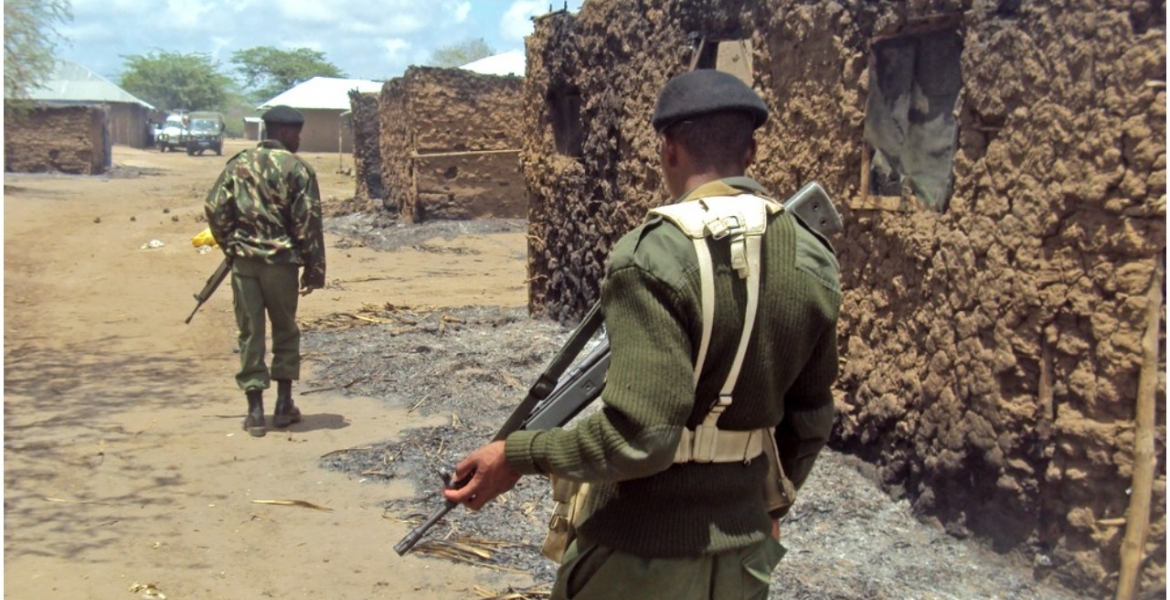 The UK has denied claims that weapons used by British soldiers training in Kenya fell into the wrong hands of bandits.

Through Twitter on Thursday, British High Commissioner to Kenya Jane Marriott stated that no BATUK firearms are circulating in Kenya, saying they do a 100% daily quantity check.

“We are certain there are no BATUK weapons circulating in Kenya. We do a 100% daily quantity check, and a 100% weekly check by individual serial number, and none are missing. Units exercising with BATUK do not use M16 rifles,” Marriott said.

On Tuesday, Rift Valley Regional Commissioner George Natembeya said the bandits behind the ongoing deadly attacks in Laikipia are armed with superior weapons including M16 rifles mainly used by foreign troops training in the country.

“The guns that these bandits are using are mighty. They are called M16. Most of them are only used by foreign troops who come to train in Kenya,” Natembeya said.

The government on Monday declared the Laikipia Nature Conservancy a disturbed area and therefore a security operation zone. Interior Cabinet Secretary Fred Matiang’i imposed a dusk to dawn curfew on the area to pave way for a security operation meant to flush out criminals.

The decision followed a meeting of the National Security Council (NSC) chaired by President Kenyatta following weeks of escalating insecurity in the area.

Hundreds of families continue to flee their homes in the wake of the bandit attacks that have left at least 10 people dead.

There nothing YK here! It is DP Ruto men under the instructions of Ruto staring to kill Kikuyus in Laikipia and parts of the Rift Valley ad CS we had to August elections. Ruto is behind everything you see happening in those area!

Young kikuyu men who voted in Kiambaa and Rurii in Nyandarua, you all did not see this Laikipia madness coming your way even when you well knew Ruto has killed Kikuyus in the past in 2008!

You have taken the dirty wheelbarrows and now Ruto is killing your folks in Laikipia! Ruto has rented you to do his dirty deeds; but are going to allow him to buy you! A kalenjin can never buy a kikuyu!

You go ahead and vote for Ruto and his elks and you will see what he will do to when he is seriku! He said himself that all Ruto neds is seriku to solve the kalenjin problems with Kikuyus in the Rift Valley!

We are now seeing lives lost and no one has voted yet! The Ruto dirty narrative of matakonomics- that he is spreading to kikuyu youth only is evil and ill intentioned! Ruto does not about about itinanomics to kalenjin youth except to kikuyu youth! Why?????

When did the kikuyu lamba lamba kalenjin itina?? Wake up folks! You will all be buried in one mass grave by Ruto after 2022! Run away from Ruto people!

Ask Ruto what kind of weapons Echesa and the late Kenei bought from the dark suited guys who Echesa took to DPRito’s office before Kenei was murdered!

The bought weapons were stored in Ruto’s Sugoi armory and is now being distributed from there by kalenjin politicians to the bandits sponsored by Ruto!

Are kikuyu youth who are singing the Ruto narrative closely listening as they watch their fellow Kikuyus dies in Laikipia and the Rift Valley?

It is very clear that DP Ruto is now fighting CS Matiangi for trying to stop a Ruto initiated bandits war against the Kikuyus in Laikipia! Where are those kikuyu who have told us @si uchawi@ voting for Ruto planted men in kiambaaa and Rurii?? We must speak the truth to save the lives of our people!

Ruto asked CS Matiangi to distribute his 15k Ranch in luakipia to the bandits! Who are the bandits in Laikipia? The kalenjin men and women armed by Ruto with sophisticated weapons to fight the Kikuyus? Hii ni uchawi ya Ruto and his fellow conmen! Why can’t Ruto pay to distribute the 15k acres???

Where is Faith Gitau, Alice Wahome, Waiguru, Ndindi Nyoro, Rigathi,mMoses Kuria, Wangui ngirichi, and the 15 central politicians who have pledged to support Ruto’s presidential quest for 2022 for their short term political gains?? You talk about the new type of Traitors who parents worked with the colonists to kill the fighters! So wao ni Wachawi Ambrose wanauza Kikuyus to the bloody Ruto???? Wako Espinoza! Fagia woto come August 2021!

We must fight hard to keep a blood thirsty Ruto out of the state house! He is not good for our country because his politics of darkness are murred with corruption and killing of the kikuyu community! Those politicians supporting Ruto have all kinds of corruption related issues and many have pending court cases - if only the corrupt judiciary can stop being bought by Ruto to destroy our country!

We must tell the truth about the politicians who are betraying us with Ruto’s UDA party of darkness! We must speak the truth so that all can be set free if they fully understand what is at stake! Ruto is the last person any kikuyu should support or vote for! All politics are local and Kenyan politics are severely local!!

Ruto has started killing Kikuyus in Laikipia as he direct kalenjin politicians on how to do it! Just imagine Ruto being the president in 2022; just imagine? No Ruto for president people!

Why did the GOK allow this British thugs criminals to come train in Laikipia.2 years ago they had already gone back to Uk but uhunye signed another deal for them to come back??Do Africans have training bases in the West???Africans wake up from slumber n kicks all this foreign bases out to their countries.This bandits can b frashed out in a second the way Mount Elgon was dealt with?Bom the areas this pokots bandits r escaping from n the ones left will tell the story.