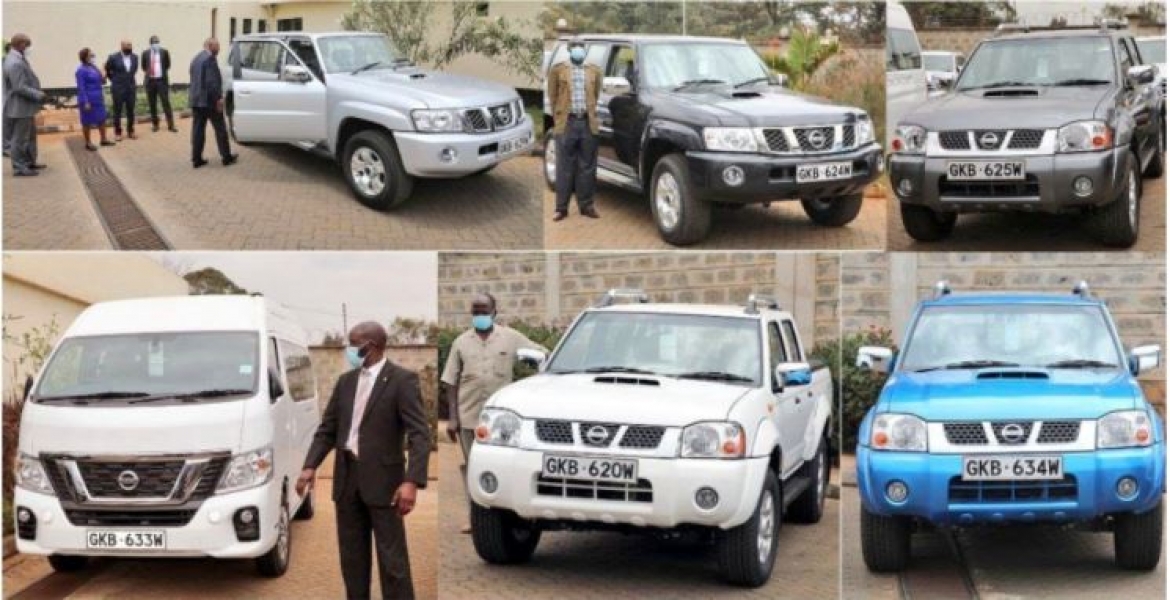 The cars were handed over to DCI director-general George Kinoti by US Embassy representative Joseph Thompson.

On his part, Kinoti lauded the partnership between the US and the DCI in security matters and assured of continued cooperation in fighting all crimes.

Last year, the US also donated 10 Toyota Hilux pickup trucks to the DCI and the Ethics and Anti-Corruption Commission (EACC) for use by their investigators to combat corruption and drug trafficking.

The donation was made by the US Department of Defense US Africa Command (AFRICOM) in coordination with the US Drug Enforcement Administration (DEA) and US Homeland Security Investigations (HSI).

The US embassy in Nairobi said the donation of the vehicles would help further efforts between Kenya and the US in their anti-corruption and anti-drug trafficking efforts as well as the investigation of transnational criminal organizations.

After 60 years of independence Kenya government cannot afford to provide DCI with 10 new vehicles a year?
He who you owe or he who provides for you, is your MASTER.
Last year D C I got ten Toyota's from the master, this year DCI received 6 new vehicles from the master.
By creating dependency you create power and need for yourself.
When will we ever say no to this never ending help that comes from without?
Just a thought!!

I like your thoughts “anonymous “… the problem of black people is in the brain. Their operating software is on “dependency mode”. And “inferiority complex mode”. I don’t know who can change it. The so called “Masters” as you call them, are very smart… they take advantage by using our own operating software. Slavery of black people will never end until the operating software in their brains is changed… It is sad… this is culture of “Saidia maskini “ ( help the poor) continues to paralyze the brains of black people. Even the most educated operate on that software… I don’t see any hope in the near future. The masters will not let it happen either. They need cheap labor. Painful.

Very accurate. We are a hopeless bunch with these leaders.

The US does not even make Nissans...so what is it really after?

Nissan manufactures vehicles in Smyrna TN which is despite some of it's benighted people, still in the US. They just don't make the ones pictured.

"Thompson complimented the DCI's sturdy force in shattering drug trafficking syndicates, making Kenya a hostile ground for traffickers."
Whatever Thompson is smoking isn't helping him.
He needs to understand that he has been lied to. Kenya remains the transit hub for drug trafficking...
Anyway the cars that were donated will end up with senior DCI agents.

You are still worshipping white Jesus so it’s a big shame we the black folks tunapewangwa kila kitu.No wonder we will forever kiss their ass.Big big shame