"I Failed to Protect You My Loves": Wife of Nakuru Doctor Who Allegedly Killed His Two Kids Breaks Silence 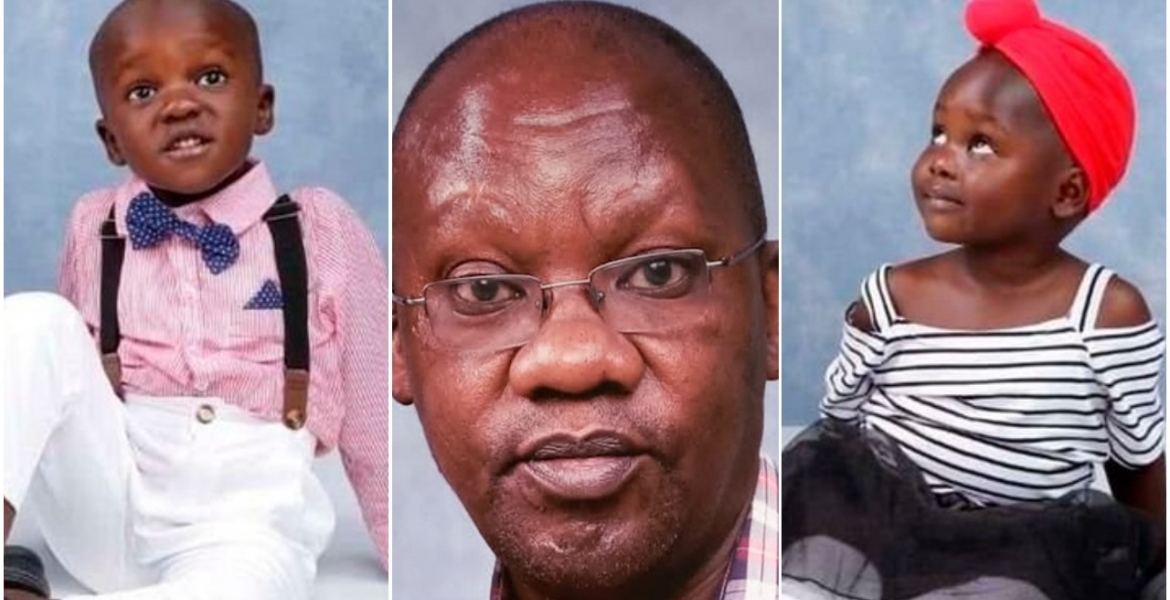 The wife of a Nakuru-based doctor who is suspected to have killed his two children has spoken out.

Winnie Odhiambo took to social media to share her sorrow following the death of her son and daughter.

“My heart is shattered; I failed to protect you my loves. The person you trusted the most betrayed you my darlings, I promise to fight for justice for you; Go well my sweethearts,” she wrote.

Her husband Dr. James Gakara is suspected to have killed their son Dylan Gakara (5) and daughter Karuana Gakara (3) before attempting suicide.

Police said assorted drugs, used syringes, and a sharp kitchen knife were recovered at the scene of the murder, an indication that the minors were injected with a lethal substance prior to their deaths.

The kids were found by detectives lying lifeless on their bed, with foam oozing from their mouths while the medic was found lying unconscious on his bed and was rushed to the hospital.

Gakara, who was an obstetrician at Optimum Current Hospital, died while undergoing treatment at Nakuru Level 5 Hospital on Wednesday.

He had been at the facility’s Intensive Care Unit (ICU) since he was found unconscious in his apartment in the affluent estate of Milimani on Saturday night.

Winnie was away in Nairobi during the incident, and was admitted to the hospital for shock, but was discharged Monday.

On the day the of the alleged murders, Dr. Gakara had reportedly phoned his wife as he had lunch with the children. Winnie had traveled to Nairobi in the morning.

Pole sana. May Almighty God give you strength and comfort.

Very very sad story indeed.The wife need to come out clean to clear what was going on in their marriage.There is no way such a moron evil husband will just do such a hinious bullcrap devilish act out of nowhere.If married people start fighting can u guys remove the children apart n fight both without injuring the children.May the family left find peace.

She only failed to protect her 2 kids; not her husband. Mmmmmm!!!🤔

True, what do you think?. I agree with her, she failed the kids not this adult so called educated man who probably would have killed many people in the name of patients. Who knows maybe he has even done it.