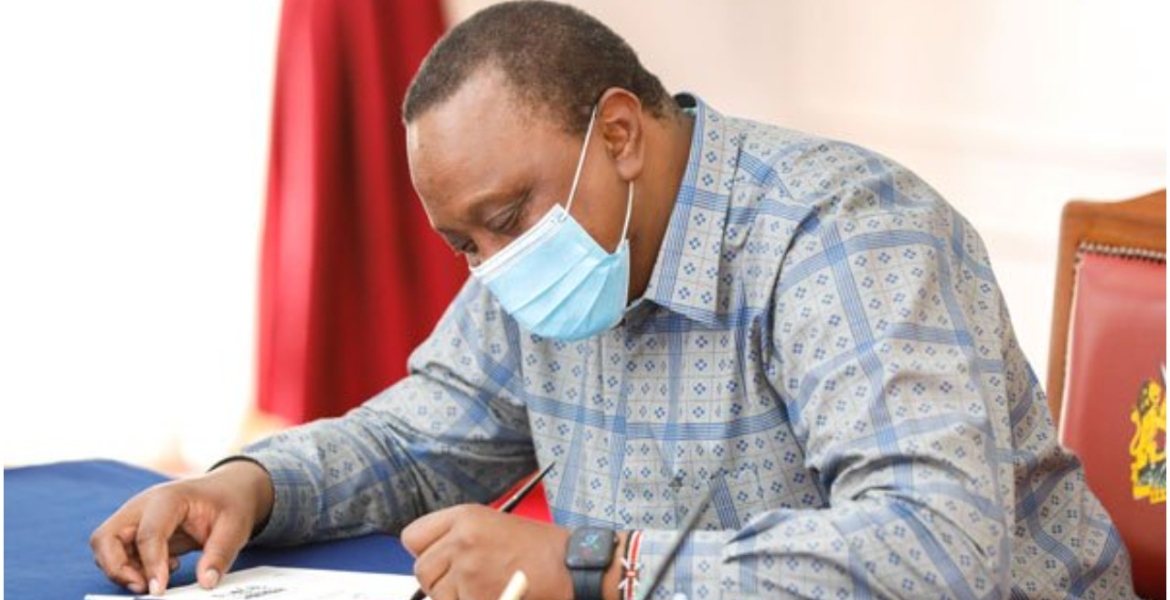 KANU Secretary-General Nick Salat is among persons who have been appointed to various State agencies.

In the new appointments made by President Kenyatta, Salat was named the chairperson of the Board of the Agricultural Development Corporation for a term of three years.

Andrew Musangi, the son-in-law of the late tycoon Chris Kirubi has been re-appointed as chairperson of the Public Procurement Regulatory Board while former journalist Kathleen Openda retains her position as chair of the Kenya Institute of Mass Communication council.

Former Attorney-General Prof. Githu Muigai has been appointed to serve as a non-executive chairperson of the Council of Legal Education for three years.

James Mureu is the new chairperson of Micro and Small Enterprises Authority, while lawyer Kioko Kilukumi has been appointed as chairperson of the Energy and Petroleum Tribunal.

Joe Ager will serve as the chair of the National Mining Corporation for three years while Dr. Andrew Kiplagat has been appointed as chairperson of the Kerio Valley Development Authority board.

Patrick Obath will chair the Board of Directors of the National Oil Corporation of Kenya and Dinah Mwinzi will head the Kenya Industrial Research and Development Institute board.

COMRADES,
UHURU HAS DEMONSTRATED AGAIN THAT KENYA BELONG TO THE CHOSEN FEW , HYENAS BEING PUT AT THE HIGH TABLE TO FINISH EATING THIS COW, WITH THE MASSES ENJOYING THAT THEIR KINSMEN ARE PART OF HIGH PRIESTHOOD. THE MASSES WILL BE SINGING PRAISE OF THE HIGH PRIEST.
IT'S TIME TO STOP THIS LUNACY.
IT'S TIME TO CUT OFF ALL SNAKE HEADS.
IT'S TIME TO RECLAIM WHAT'S RIGHTFULLY OURS.
IT'S TIME COMRADES, IT'S TIME.

This hyena has yet again demonstrated that, if your kind doesn't belong to it's hyena clan, you will never enjoy the lion share of our nation plenty. I would have said that better with my Gikuyu sleng

Githu(Uhuru’s close relative) was appointed to the post alone not the whole Gikuyu tribe.Uhuru should give reasons for appointing a person who had previously resigned from a senior position as AG.It’s unfortunate that some people were/are still silent on muchawi Raila’s appointment of his bro,Oburu as senator&EA MP,sister,Mary as consul to Carfonia and two inlaws as ambassadors to DC office.