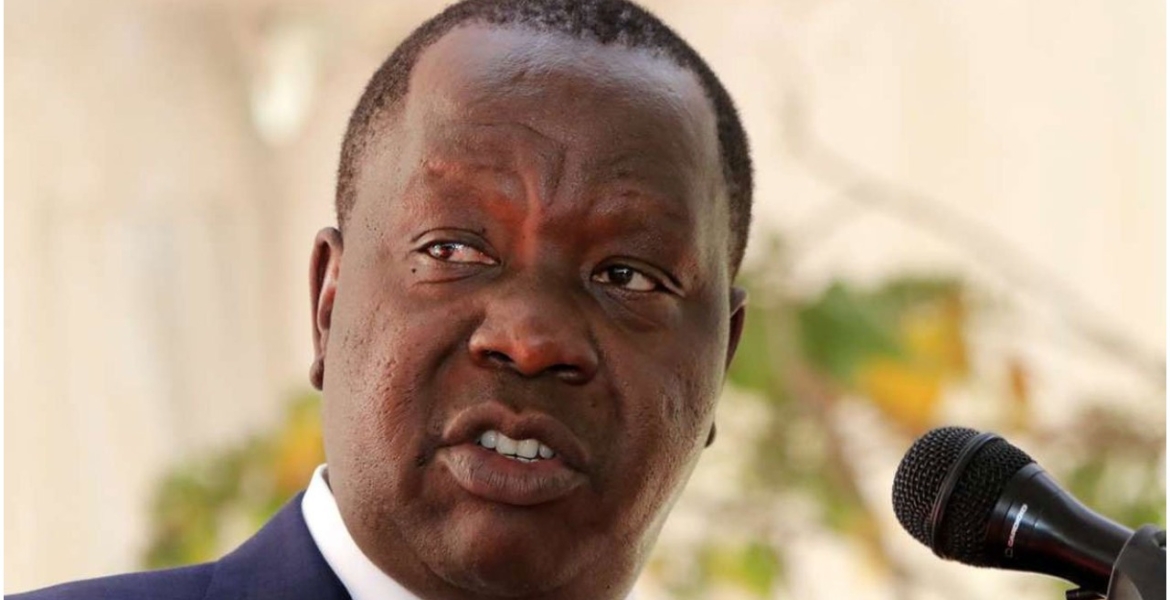 In a statement on Monday, Kuria termed the attempt to remove Matiang’i from office as an unnecessary distraction and waste of time.

He stated that the ouster motion is bound to fail and urged its movers to abandon it and focus on other important issues such as the ongoing voter registration, and electoral reforms.

Kuria argued that it is illogical to initiate an impeachment motion less than a year to the next general election.

“It is not time for unnecessary distractions like the energy-sapping and bound-to-fail motion of impeachment against CS Fred Matiang’i which would have made more sense a year ago than today. Let's focus. There is hardly any time left,” said Kuria.

“9 months and 28 days before polling stations open in the 2022 General Elections, it is time to focus on the most important things including registering 7 Million new voters, ensuring IEBC readiness to carry out a free, fair, credible, transparent, and verifiable poll, ensuring maximum peace and security of all Kenyans and their property during the transitional General Elections and safeguarding our 2022-2023 budget cycle from the vagaries of a tense political transition.”

Nyali MP Mohammed Ali, who is behind the motion, wants Matiang’i impeached on the grounds of failure to respect court orders, abuse of office, disrespecting Members of Parliament, and failure to protect Kenyans as stipulated in the Constitution.

The motion has been supported by at least 92 MPs mostly allied to Deputy President William Ruto.

We all know what those Mpigs are against. Matiang'i no nonsense to corrupt pigs in the name of leaders. People, just respect our constitution to defend the interests of our citizenry...not just looting and booting up any penny in sight or left unattended.

Yes, they want him out of the way. He is standing between them and the corruption that UDA is famous for. Since Ruto wants money for campaigns, Matiangi must go!

HE'S RIGHT ON THIS ONE.
WE NEED TO START RALLYING THE MASSES FOR A REVOLUTION,OF WHICH MOST WILL DISAGREE WITH.
THE WAY FORWARD IS TO GET ALL THESE HYENAS OUT OF POWER.
THE MASSES HAVE THE POWER TO DO SO, BUT ETHNICITY AND FEAR HAVE ALWAYS BEEN USED TO SUPPRESS THE MASSES.
IT TIME TO START EDUCATING THE MASSES ABOUT HAVING ONE KENYA, ONE NATION ,ONE PEOPLE, REGARDLESS OF ETHNICITY.
KENYANS ARE STILL GRIEVING THE MASSES MOI KILLED. KENYANS ARE STILL GRIEVING THE MASSES UHURU AND RUTO KILLED.
IT'S TIME TO TURN TO THE NEXT CHAPTER, WHERE KENYANS CAN LIVE ANYWHERE, AS LONG AS LONG AS THEY CAN AFFORD IT.
IT'S TIME TO GET ALL THE STOLEN BILLIONS BACK AND REBUILD THE ECONOMY.
IT TIME HARD WORK STARTED PAYING IN KENYA. TRICKLE DOWN OR BUILDING FROM THE BASE WORK, AS LONG AS THEY ARE MANAGED PROPERLY. BUT WHO IS THERE TO MANAGE??
IT'S TIME TO START HEALING.

CS Matiangi is the only person working in Kenya today!

The little ugly looking nyari mp has now gone from Jicho pevu to be the uda master planner of corruption! All this hyena is thinking is about himself and how much money is paying him to sponsor a motion to remove the only hard working CS! Ruto is behind this nonsense because he failed in his job, which is now being performed better by CS Matiangi!

Of course the MPs ought to be disrespected because they are useless! Why should CS Matiang’i respect the greedy MPs especially the thieves aligned to DP Ruto?

Comrade Walid,
MONEY CORRUPTS even the innocent.
EVERY KENYAN SENATOR ,MP, MCA, has a price tag.
Like they say, you can AFFORD any whore if you have money...period.