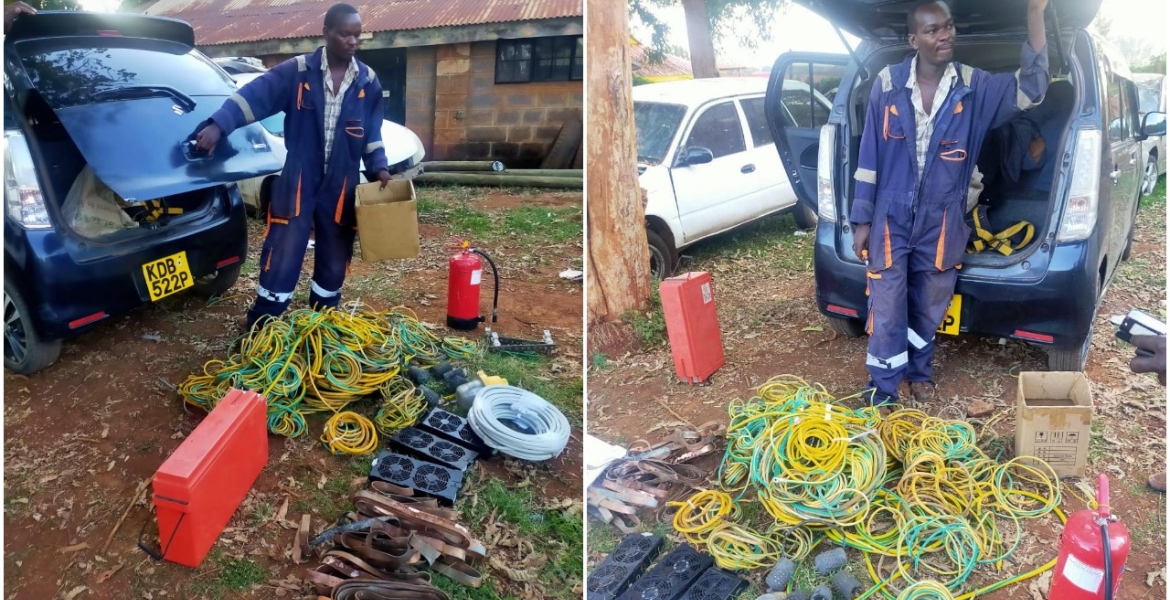 Detectives in Murang’a have arrested a man who vandalized Safaricom telecommunication equipment worth more than Sh2 million.

Posing as a Safaricom engineer on a maintenance mission, Leny Ng’ang’a is said to have convinced a guard to grant him access to a transmitter station in Murang’a.

After a while, the guard became suspicious of the man’s activities and alerted police officers, who immediately rushed to the scene.

To avoid arrest, the suspect escaped by jumping into his vehicle and sped off, prompting a chase by the officers.

His getaway vehicle, a Suzuki Alto KDB 522P, sped towards Saba Saba as the police land cruiser roared closely behind.

A few kilometers past Saba Saba, the land cruiser caught up with the suspect, forcing the suspect to pull over in surrender.

A search in the suspect’s car led to the discovery of telecommunication equipment suspected to have been vandalized elsewhere. Police confiscated the equipment and impounded his vehicle.

Ng’ang’a will be arraigned in court on Monday to answer to his crimes.